REDBLACKS look to take season series vs Argos at home 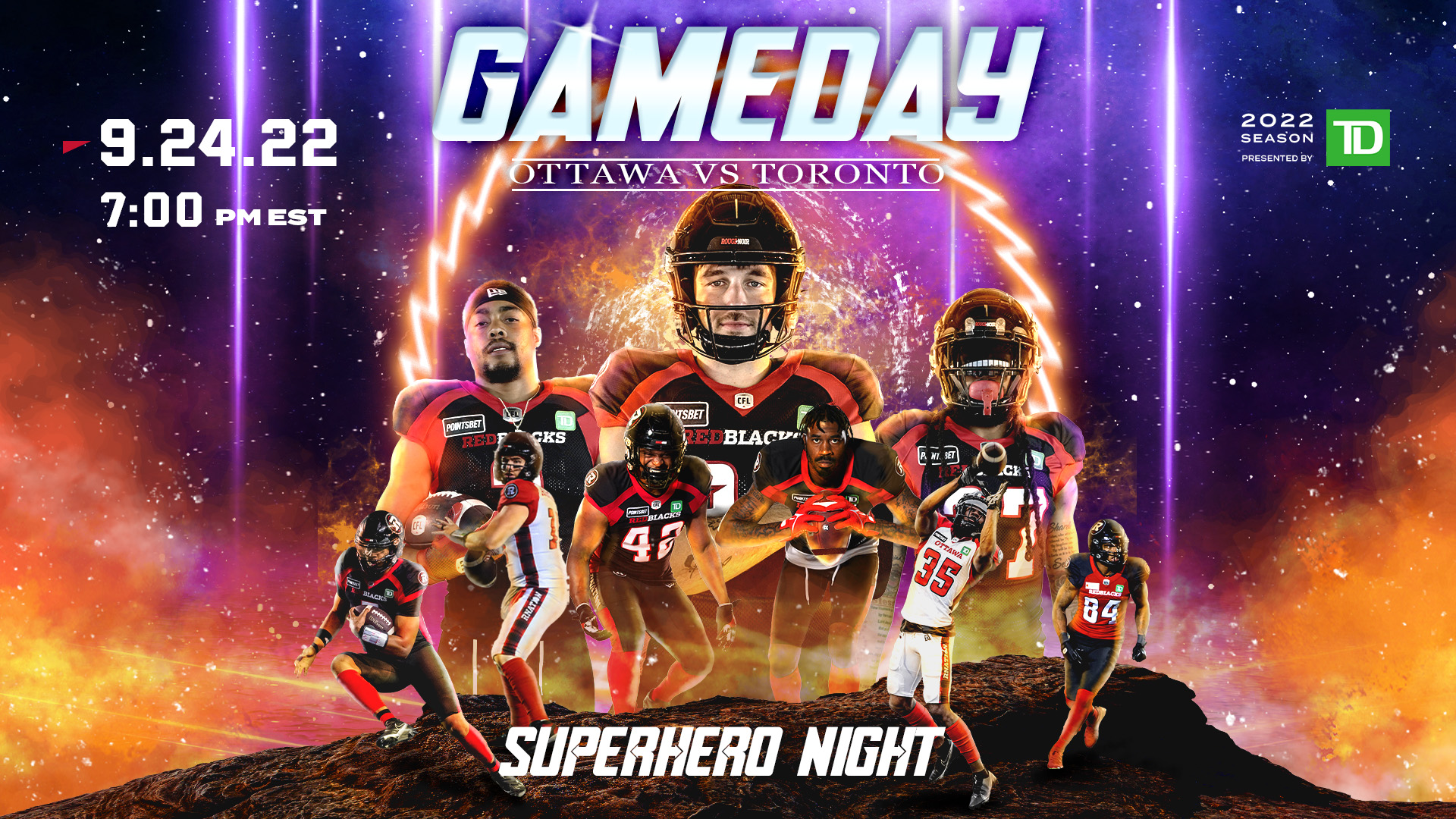 REDBLACKS look to take season series vs Argos at home

The Ottawa REDBLACKS didn’t have to wait long for a rematch.

14 days after a heartbreaking loss at TD Place to the Toronto Argonauts, the REDBLACKS get another crack at the East Division leaders at home, Saturday night, with the season series up for grabs.

Ottawa earned a victory in the season’s first meeting, on July 31, but it was the Argos getting a measure of revenge, just two weeks ago. Nick Arbuckle threw for 290 yards, and Caleb Evans scored his 10th rushing major of the season — an Ottawa football record for rushing scores by a QB — but the late REDBLACKS rally fell just short.

The Boatmen, who were also on a bye last week, were powered by a 365-yard day from McLeod Bethel-Thompson, and 161 receiving yards by Kurleigh Gittens Jr.

Defensively, REDBLACKS pass rusher Lorenzo Mauldin IV got to Bethel-Thompson twice, tying a REDBLACKS record for most sacks in a season, with 12. Damon Webb also notched his first interception with Ottawa.

Cleyon Laing, defensive lineman, on the approach to tonight’s game: “We just need to stay true to who we are. Get some pressure on the quarterback, and just keep them in the pocket. Keep them one track-minded, and that’s focusing on us coming to hitting them all day.”

Nick Arbuckle, quarterback, on what needs to change this week: “We have to continue where we left off last game, try not to put ourselves in a hole too early. We had a lot of things going and just ran out of time. We still had a chance to win and didn’t make the one or two plays we needed to make up for all the mistakes we made. We want to be able to get the crowd into it; the crowd loves big plays, they love seeing the ball move.

Paul LaPolice, head coach, on the importance of winning at home: “It always comes down to execution, not getting penalties and not dropping the ball,. We’re frustrated we haven’t gotten it done at home. We need to win. When you don’t win at home, that hurts your opportunities to go where you want to go.”