Interested in learning more about the REDBLACKS Cheer and Dance Team?
Check it out here! 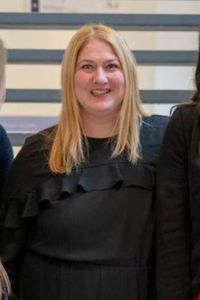 Director
Lisa is beginning her 9th year as Director & Founder of the Ottawa REDBLACKS Cheerleading & Dance program.
She began her cheerleading career as a young girl with the Bengals of NCAFA where she also coached. At 16 she founded GCA, one of Ottawa’s first all-star cheerleading programs. She was also the founder & Head Coach of the Ottawa 67s Ice Girls and the University of Ottawa Co-Ed Cheerleading Team.
Lisa is the CEO of Spring CDT, an international instructional cheerleading company & educational conference business. She travels and teaches cheerleading all over the world as a 5x World Champion Coach (Cheer Sport Great White Sharks) and International Conference organizer & speaker.
She was featured on the ABC Freeform/Netflix series Cheer Squad and is an ICU Judge.
Lisa is passionate about leadership, teamwork, team building, creating opportunities for young people, women’s issues, developing a champion mindset in life, goal setting and placing a premium on experiences. 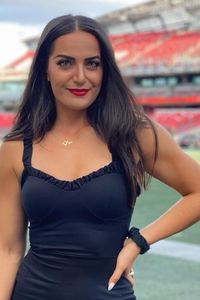 Jenny is a 5-year alumnus and Captain of our Cheer Team. She is entering her 4th season as the team’s Assistant Director and Community Events Coordinator. Jenny is a former cheerleader of the Ottawa Sooners and uOttawa Gee-Gees. She was the Director of the Ottawa Sooners Cheerleading Program & is currently employed by the Government of Canada, working on Sport Canada files. 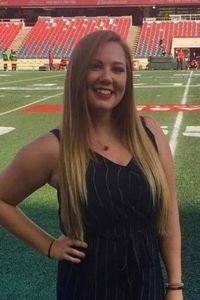 Jordyn Postma is a 4-year alumnus and entering her 5th year as Head Coach of our Cheer Team. Jordyn is a National Champion athlete and coach, and currently coaches senior and worlds level athletes at Cheer Sport Sharks. She was an Ottawa Gee-Gees cheerleader and is currently employed by Chamberfest. 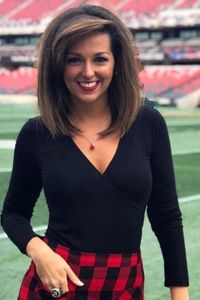 Stephanie is a 7th year alumni, 5 time co-captain and single time program captain of the Dance Team. She is now entering her 1st season as Dance Coach.
Stephanie is a graduate of the University of Ottawa and has represented the Ottawa REDBLACKS Cheer & Dance Team at the ProAction Dance Convention in Las Vegas twice.
She is currently employed as a civil servant with the Government of Canada under the Department of National Defence. 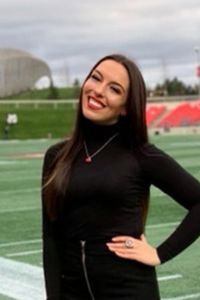 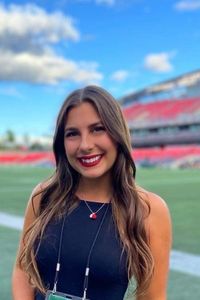 Social Media Coordinator
Tracy is a 4 year Cheer Team alumni, 2 year Cheer Team Captain and a 2016 Grey Cup Champion. She is now entering her 3rd season as the teams Social Media Coordinator!
Tracy started cheering competitively with Cheer Sport Sharks and was the Community Events Coordinator for the Ottawa Sooners Cheerleading Program. Tracy has assisted with running our Ottawa RedBlacks Junior Cheer Program, and is currently working as an Assistant Supervisor with the Ottawa Catholic Child Care Corporation.