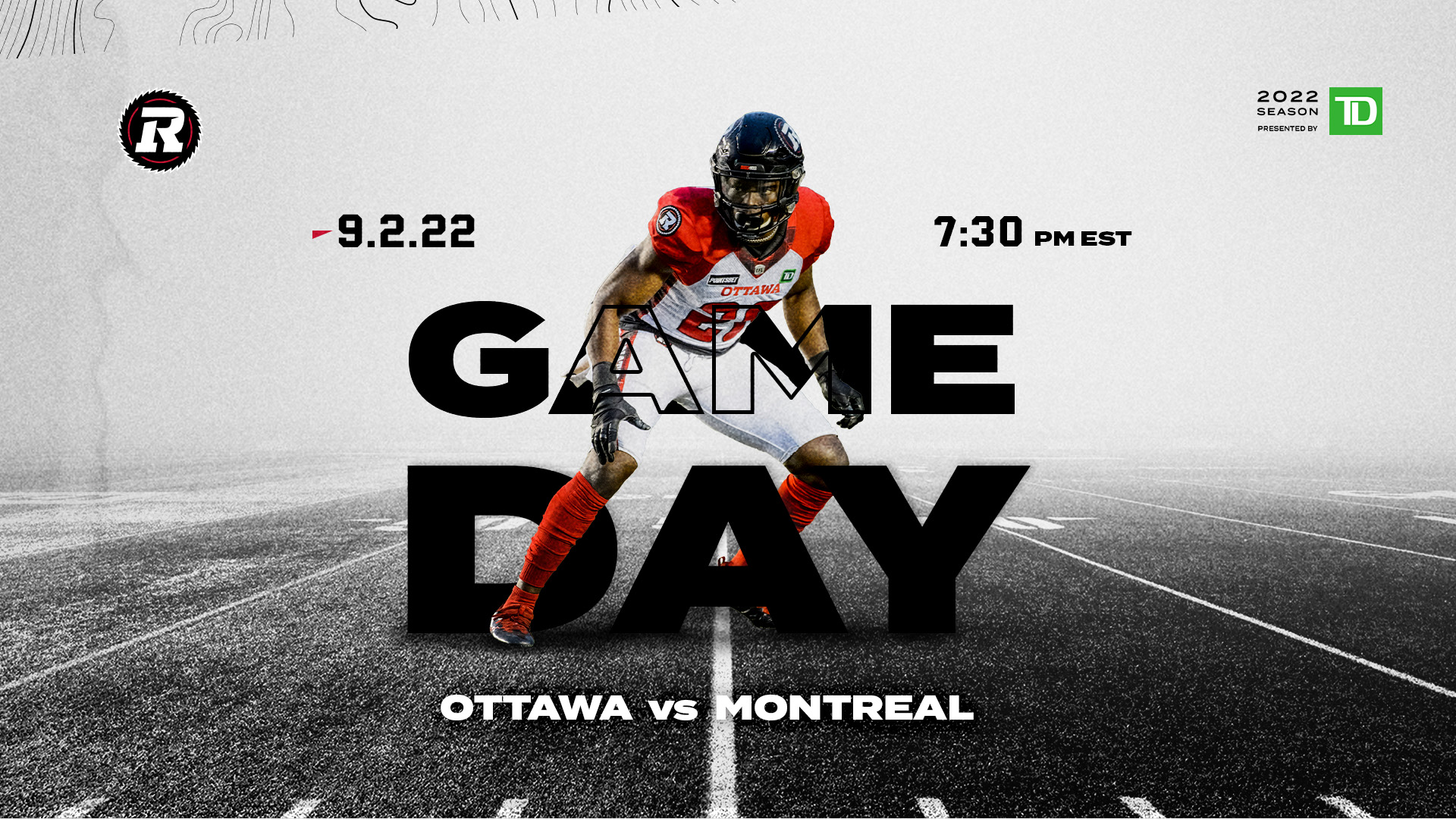 With the CFL East Division playoff race heating up, the Ottawa REDBLACKS are looking for their second straight victory, Friday night, in the season’s first road matchup with the Montreal Alouettes.

Under the lights at Percival Molson Memorial Stadium for a 7:30 pm kickoff, the REDBLACKS are looking to build off of last week’s 25-18 win over the Elks in Edmonton. Nick Arbuckle threw for 219 yards, and ran in a touchdown, with Caleb Evans scoring two rushing majors of his own to snap a two-game losing streak. Lewis Ward also knocked through a field goal, with the Ottawa defence and special teams units combining to force a safety.

The Alouettes are 4-6 on the year and currently sit second in the East. They were last in action on August 20, and earned a 29-28 home win over the Hamilton Tiger-Cats, thanks to a last-second 48-yard field goal by David Cote. Quarterback Trevor Harris did it all, with 382 yards and three touchdowns through the air. Eugene Lewis, Reggie White Jr., and Kaion Julien-Grant hauled in the touchdown passes.

These two teams last met on July 21, as the Als escaped with a 40-33 win at TD Place, despite a furious last-second rally by the REDBLACKS.

Ottawa will get a boost in the secondary, tonight, with the return of Money Hunter from injury. The defensive back last played on August 5, against the Calgary Stampeders, but that game’s return was short-lived due to another unfortunate injury early in the contest. Despite being held to only four appearances on the season, the 27-year-old has recorded 11 tackles, and three interceptions on the season.

Nick Arbuckle, quarterback, on the importance of late-season games: “We have eight games left in the season and seven of them are against East opponents. We’re all within two or three games of each other. This last stretch of the season is going to be huge. They say the real season starts after Labour Day, so we’re about to get into the crunch of things.”

Money Hunter, defensive back, on matching up with star Alouettes receiver, former teammate, and close friend, Eugene Lewis: “He’s got skills, he’s talented and everything. But against me, he’s going to have a bad day. This is a warning: He needs to bring his A-game.”