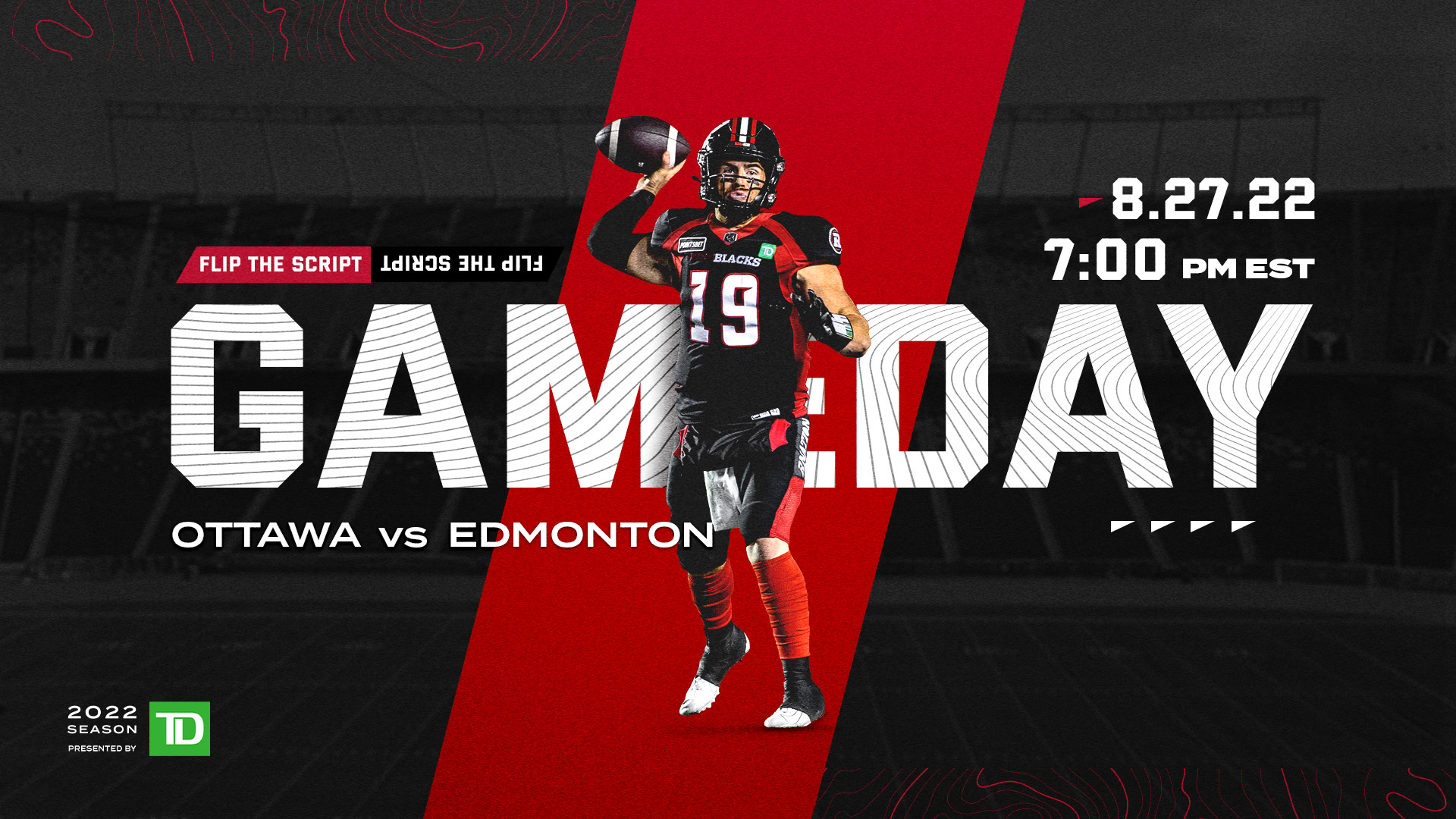 Eight days after falling 30-12 to the Edmonton Elks at home, the Ottawa REDBLACKS are looking for a measure of revenge, tonight, when they visit The Brick Field at Commonwealth Stadium for the back end of a home-and-home split. Kickoff is set for 7:00pm ET/ 5:00pm MT.

Despite an early rushing touchdown by Caleb Evans, the REDBLACKS were unable to hang on to their second half lead, last week, as Elks quarterback Taylor Cornelius threw for for two touchdowns, with Ante Milanovic-Litre and Kai Locksley rushing in the others.

Ottawa comes into the game with a big boost on special teams, as the electric DeVonte Dedmon returns from a stint with the Miami Dolphins, and makes his first appearance of the 2022 season. The CFL’s 2021 Most Outstanding Special Teams Player is coming off of a record-setting season, breaking the mark set by CFL legend Henry (Gizmo) Williams for the fewest games to record five career return touchdowns (15).

The REDBLACKS will make a change under centre, tonight, with quarterback Nick Arbuckle getting his first start with the team. The 28-year-old pivot most recently started for these same Elks, having split the last two seasons between them, and the Toronto Argonauts.

Defensively, halfback Damon Webb is also making his first start for the REDBLACKS. He has appeared in 12 CFL games, all with the Saskatchewan Roughriders, posting 35 tackles, an interception, and a touchdown. Cornerback Edris Jean-Alphonse, selected in this 2022 CFL Global Draft, also suits up for the first time in his professional career. Ottawa also gets linebacker Frankie Griffin back from injury, as well.

IN THEIR OWN WORDS:

Nick Arbuckle, quarterback, on what it will take to earn a win in Edmonton: “It’s just going to take a lot of belief, and just understanding that games aren’t always perfect. There’s going to be up’s and down’s, momentum swings, but just knowing that in the end, we’re going to have the opportunity to make the plays to win the game, and believe that we’re going to do it.”

Jaelon Acklin, receiver, on what needs to change to turn things around: “Pretty much everything. We have to just play, not be afraid to fail. Focus on ourselves and not worry about what Edmonton or anyone else is doing. Every game is must win, that’s just kind of how I was raised. Mathematically, if you’re looking at it, it’s not a must-win game. But I think we should go into every game feeling like we should win.”

DeVonte Dedmon, returner, on the team’s attitude going into this game: “There’s no time for letup. We have to turn this around.”