REDBLACKS Get Rematch With Winnipeg In Home Opener 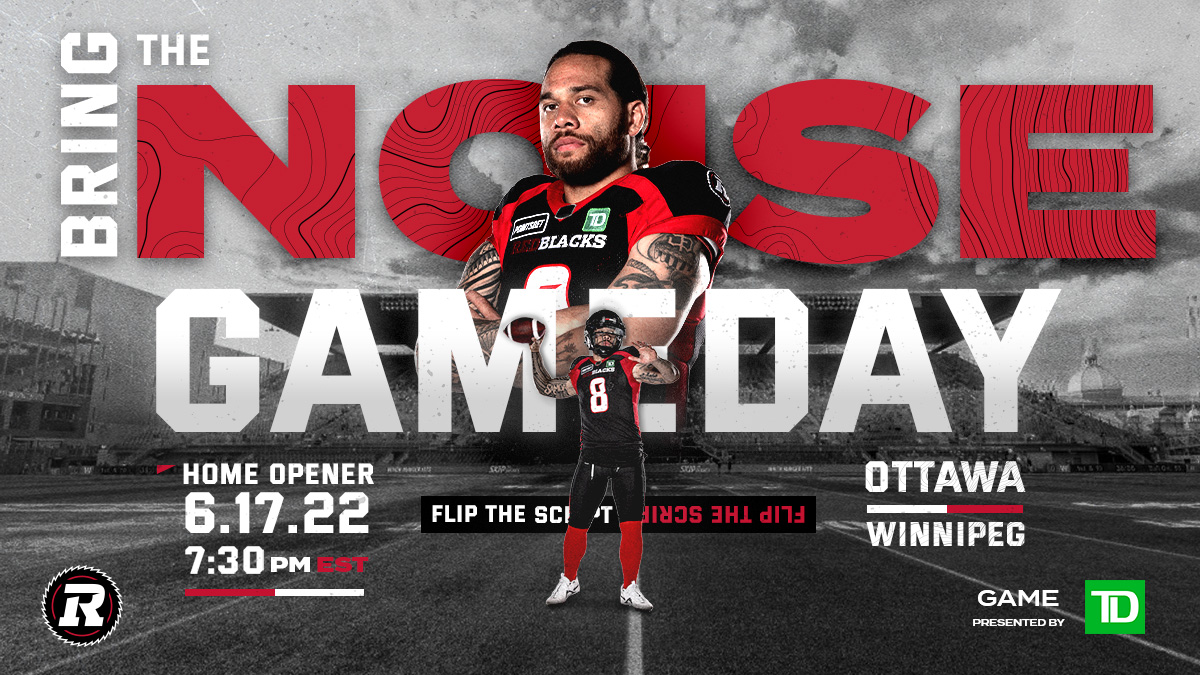 REDBLACKS Get Rematch With Winnipeg In Home Opener

The Ottawa REDBLACKS have one thing on their minds this week: finish the job.

In their season opener against the two-time defending Grey Cup champion Winnipeg Blue Bombers, last week, Ottawa was in the driver’s seat for the majority of the game, but a last-second field goal allowed the Bombers to escape with a 19-17 win on home field.

Now, under the lights at TD Place, the REDBLACKS look to earn a home victory of their own, with a measure of revenge over the champs. Kickoff for the first home game of the 2022 season is set for 7:30pm, and fans can watch live on TSN 3/4. AJ Jakubec and Jeff Avery have the radio call on TSN 1200.

It was a strong overall effort for Ottawa, last week. Jeremiah Masoli connected with Shaq Johnson for a 20-yard touchdown pass, and Lewis Ward was perfect on three field goal tries, while Richie Leone added a rouge. Jaelon Acklin led the way with 143 receiving yards.

Winnipeg quarterback Zach Collaros, meanwhile, found former REDBLACKS receiver Greg Ellingson in the endzone for a touchdown, and Dru Brown snuck in another, before engineering the decisive drive, capped off by a Marc Liegghio field goal.

IN THEIR OWN WORDS,

Avery Williams, linebacker, on the familiar atmosphere of TD Place: “It’s always fun to play in front of the fans. When our fans show up in Ottawa, it’s different. TD Place gets rocking.”

Paul LaPolice, head coach, on the season opener, and looking ahead to this week: “I thought we did a lot of good things during the game. We just need to eliminate some of   those mistakes, and close it out at the end.”