REDBLACKS Wrap Up Preseason In Montreal 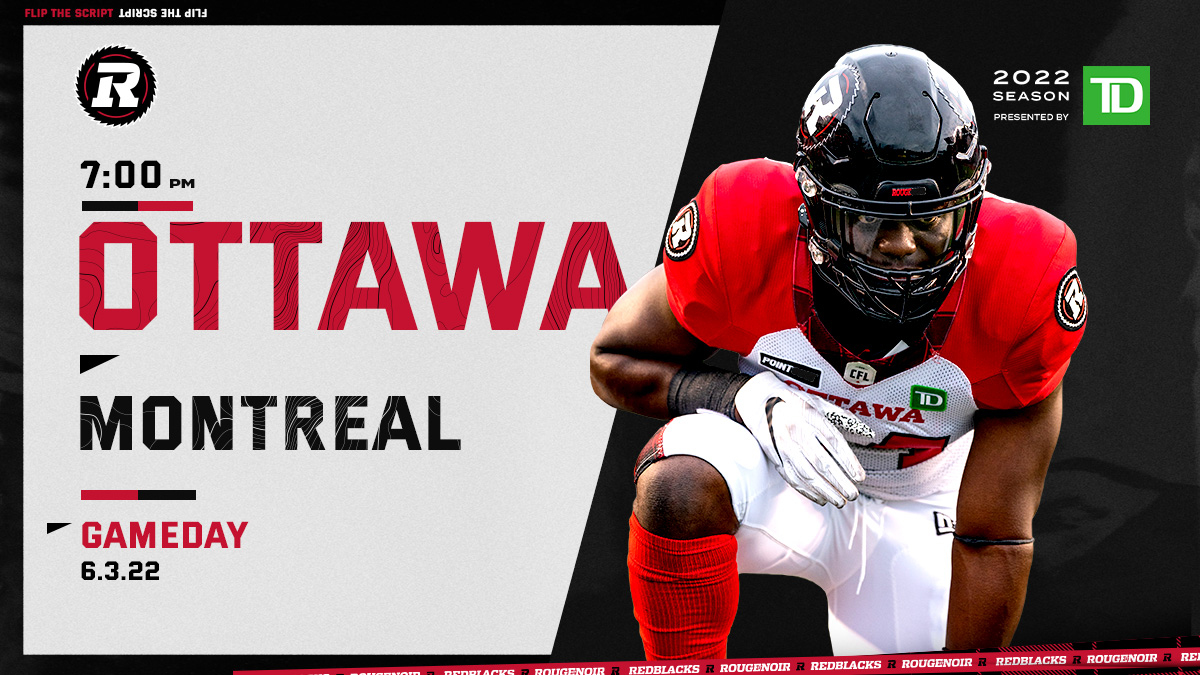 REDBLACKS Wrap Up Preseason In Montreal

The Ottawa REDBLACKS are looking to build off of last week’s comeback win, in their final matchup of the 2022 CFL preseason.

Following their 23-17 victory over the Toronto Argonauts at TD Place, last Friday, the REDBLACKS are set to visit the Montreal Alouettes, in their final tuneup before the season begins. Kickoff is scheduled for 7:00pm ET, and RNation can watch live on TSN, or listen to AJ Jakubec and Jeff Avery call the action on TSN 1200.

Jeremiah Masoli and Jaelon Acklin connected for a touchdown, last week, before the Argonauts roared out to a 17-7 lead in the second half. With Tyrie Adams in at quarterback, R.J. Harris scored a key REDBLACKS touchdown, and the Ottawa defence and special teams units quickly forced a safety, before a 40-yard run by Jackson Bennet allowed Adams to sneak the game-winner over the goal line late. Trumaine Washington capped off the game with an interception.

The Als were in action on Saturday, dropping a hard-fought 25-23 road decision to the Hamilton Tiger-Cats. Quarterback Trevor Harris led the way offensively, throwing for 124 yards and a touchdown. Receiver Krishawn Hogan paced Montreal with 102 receiving yards, and Reggie White Jr. hauled in a touchdown, while Alexander Davis ran another into the endzone.

On defence, Nick Usher, Josh Harvey-Clemons, and Chris Favoroso all got to the quarterback.

Paul LaPolice, head coach, on the team’s final chance to evaluate players before the season begins: “I think there are a lot of positions we’re still trying to evaluate. We’re always evaluating every spot. Obviously, there’s a couple that are locked up, but we’ve certainly got to leave no stone unturned in our evaluations.”

David Moore, quarterback, on his training camp experience: “I’ve just been doing a lot of preparing, in a great quarterback room with great coaches and teammates to help. I’m really excited to show them what I can do.”

Megan Ferguson, guess coach, on her experience with the REDBLACKS during camp, and the CFL Diversity in Football program: “Nine women across the country and to be involved with that…group of girls is just refreshing in itself.”