Redblacks Downed By Argos On The Road 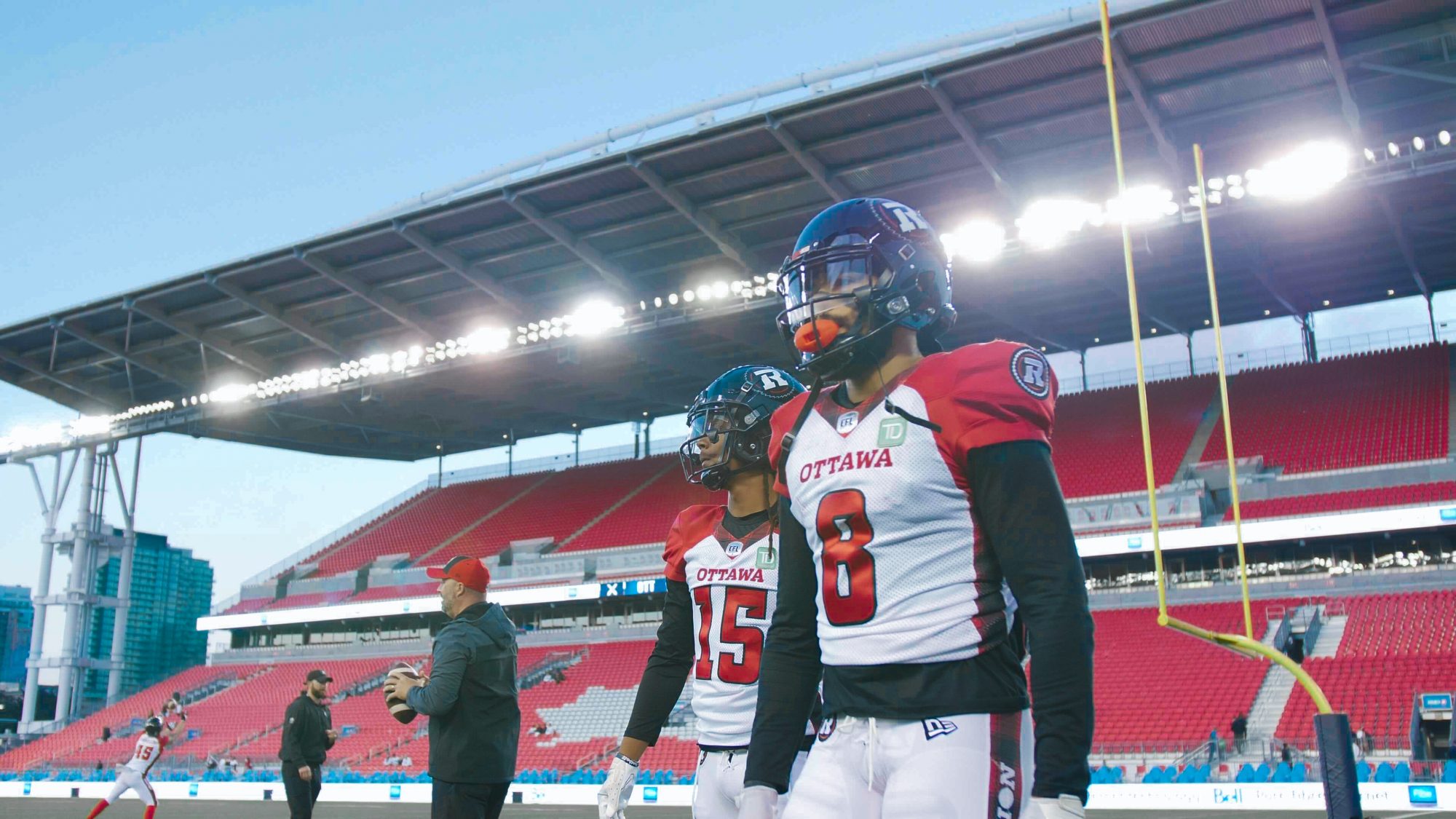 Redblacks Downed By Argos On The Road

The Ottawa REDBLACKS weren’t able to come up with consecutive wins, Wednesday night, losing a tough road matchup to the Toronto Argonauts by a score of 35-16.

Rookie quarterback Caleb Evans threw for 334 yards, kicker Lewis Ward drained three of three field goal attempts, and linebacker Frederic Chagnon scored a touchdown on a punt blocked by Brendan Gillanders, but it wasn’t enough to overcome the Argos on this night.

The REDBLACKS made a key defensive stop early, holding the Argos to a rouge, but Evans immediately led Ottawa down the field for points of their own. He broke off a 22-yard run, before completing passes to Ryan Davis and Anthony Coombs, setting up a Ward field goal from 28 yards out, and making it 3-1 REDBLACKS.

Ottawa’s defence kept their foot on the gas on the ensuing Argos drive, with global linebacker Tyron Vrede making a huge stop on third and one to give the REDBLACKS the ball back. Another Ward field goal gave Ottawa a five-point lead, but an Argos punt block returned for a touchdown by Dejon Brissett put the REDBLACKS down 8-6.

Not to be outdone, Evans drove Ottawa down the field at the end of the half, with completions to Coombs, Timothy Flanders, and R.J. Harris, before running the REDBLACKS into field goal range with a 14-yard jaunt. Ward drained his third field goal of the night, sending Ottawa to the half with a 9-8 lead.

Toronto struck less than three minutes into the third quarter, with quarterback McLeod Bethel-Thompson finding D.J. Foster, who broke a screen pass for a 63-yard touchdown. Brandon Dandridge made an interception on the two-point convert attempt, though, holding the Argos to six points. Despite the stop, things wouldn’t improve from there for Ottawa, with Toronto adding two pick sixes and another offensive touchdown in the same quarter, and the REDBLACKS suddenly found themselves down 35-9.

Ottawa mounted a response to begin the fourth quarter, with a major special teams play of their own. Gillanders broke through the line to block the Argos punt, and Chagnon recovered the loose ball in the endzone. Ward converted on the extra point, making it a 35-16 game.

On the ensuing kickoff, Dwayne Norman forced a fumble that was recovered by Terrance Abrahams-Webster, but it ultimately wouldn’t be enough to pull the REDBLACKS back into the game, and the Argos handed them a 35-16 defeat.

UP NEXT: It’s another quick turnaround for the REDBLACKS, facing the Montreal Alouettes on the road, Monday, October 11 at 1:00pm EDT.