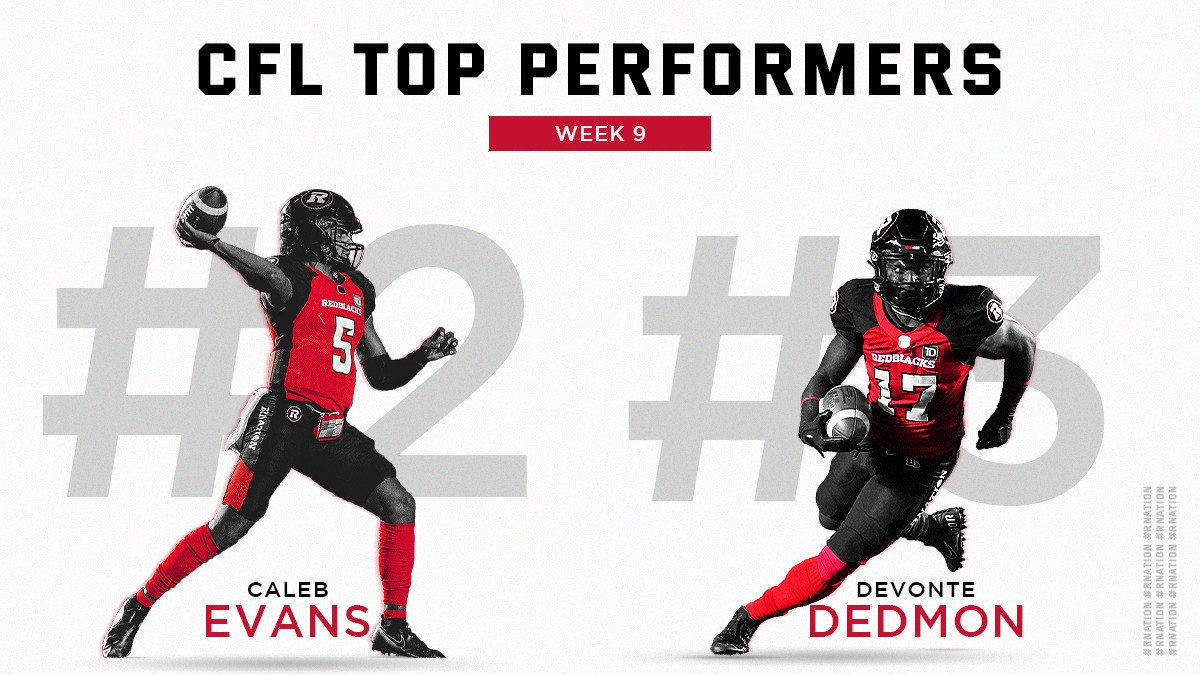 OTTAWA – A huge rookie debut for quarterback Caleb Evans and a monster return game by DeVonte Dedmon have landed both Ottawa REDBLACKS players on the CFL list of Week 9 Top Performers.
The 23-year-old Evans put on a clinic at TD Place, completing 15 of 22 passes for 191 yards, and three touchdowns to Ryan Davis, Timothy Flanders, and Kenny Stafford, respectively. The native of Mansfield, Texas also led his team on the ground, rushing for 59 yards on seven attempts, including a game-high 17-yard dash.

Dedmon, hailing from Williamsburg, Virginia, had another electric outing against the Elks. He totaled 250 yards across punt and kick returns, averaging 31.6 yards per attempt. The 25 year-old’s 73-yard punt return touchdown also gave Dedmon two on the year, and sole possession of the league lead in that category.
CFL Top Performers – Week 9

The REDBLACKS return to action on Wednesday, October 6, as they roll into BMO Field to take on the Toronto Argonauts. Kickoff is scheduled for 7:30pm EDT