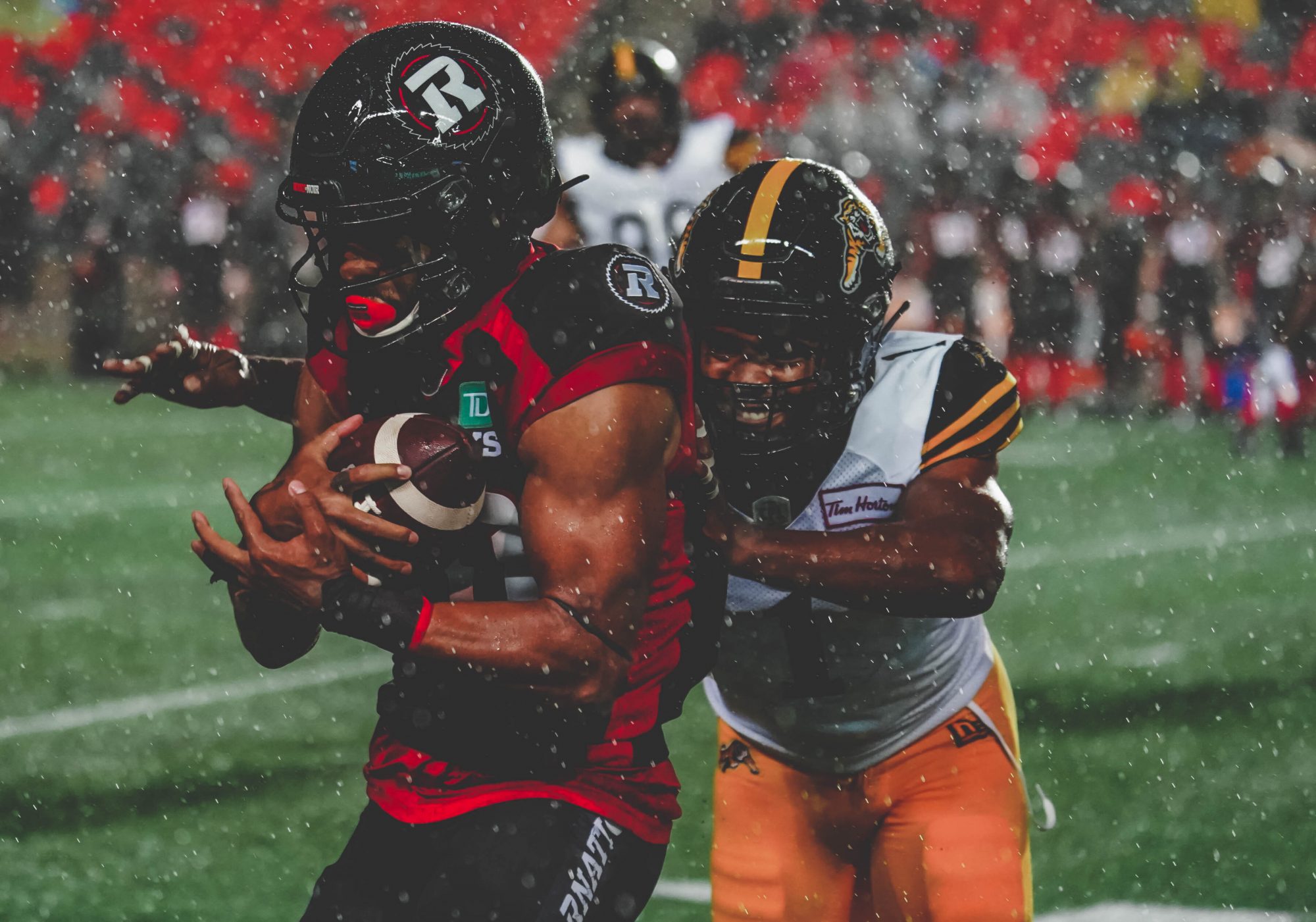 Amid a torrential downpour at TD Place, the Ottawa REDBLACKS fell to the Hamilton Tiger-Cats by a score of 24-7.

Hamilton got on the board early, with kicker Taylor Bertolet missing a 47-yard field goal, but put it through the back of the endzone for a rouge, and a 1-0 Ti-Cats lead. Bertolet would connect from 40 yards to make it a 4-0 game.

Ti-Cats quarterback David Watford connected with Steven Dunbar Jr. a little over four and a half minutes into the second quarter for an 11-yard touchdown play, and Bertolet made good on the extra point.

The REDBLACKS stood tall defensively to keep the score close, highlighted by a Micah Awe tackle in the Hamilton backfield, handing the Ti-Cats an eight-yard loss. The stand was critical, sending the REDBLACKS into the second half, trailing 14-0.

Hamilton got back on the board early in the third quarter, with defensive back Jumal Rolle returning an interception 87 yards for a touchdown, and extending his team’s lead to 21-0.

After a quiet third quarter for both teams, REDBLACKS kick returner Devonte Dedmon brought the rain-soaked crowd at TD Place to their feet with an electric 63-yard punt return touchdown. Lewis Ward was perfect on the extra point attempt, cutting the Ti-Cats lead to 21-7.

Bertolet added another field goal with time winding down, handing the REDBLACKS a 24-7 defeat, all told.