Harris reflects on parenthood as he prepares for Baby #2 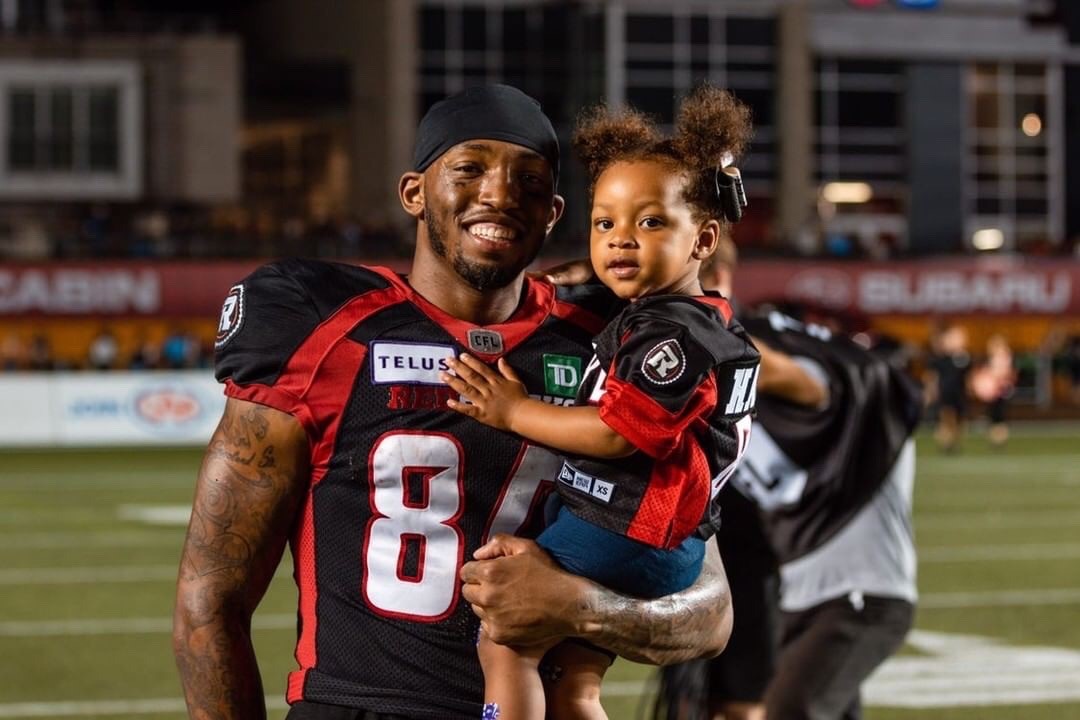 Harris reflects on parenthood as he prepares for Baby #2

A week after chatting about the joys and challenges of being a dad to two-year-old Malani, REDBLACKS receiver R.J. Harris took to Instagram on Father’s Day to share some news. “Happy Father’s Day. Job so nice, gotta do it twice,” he captioned the photo of his daughter, who is sporting a t-shirt announcing her upcoming big sister status. And while the two-year REDBLACKS pass-catcher will prepare to do it all over again when his second child arrives in January, you’d be hard-pressed to find a guy who gets more out of fatherhood. “And not just myself, all dads out there, we’re proud of it,” he says, grinning ear to ear when asked about his daughter getting old enough to enjoy what dad does for a living. “I play the game of football for my family and my daughter, to show her that in this world with everything going on, there’s avenues you can take to be successful and chase your dream.” 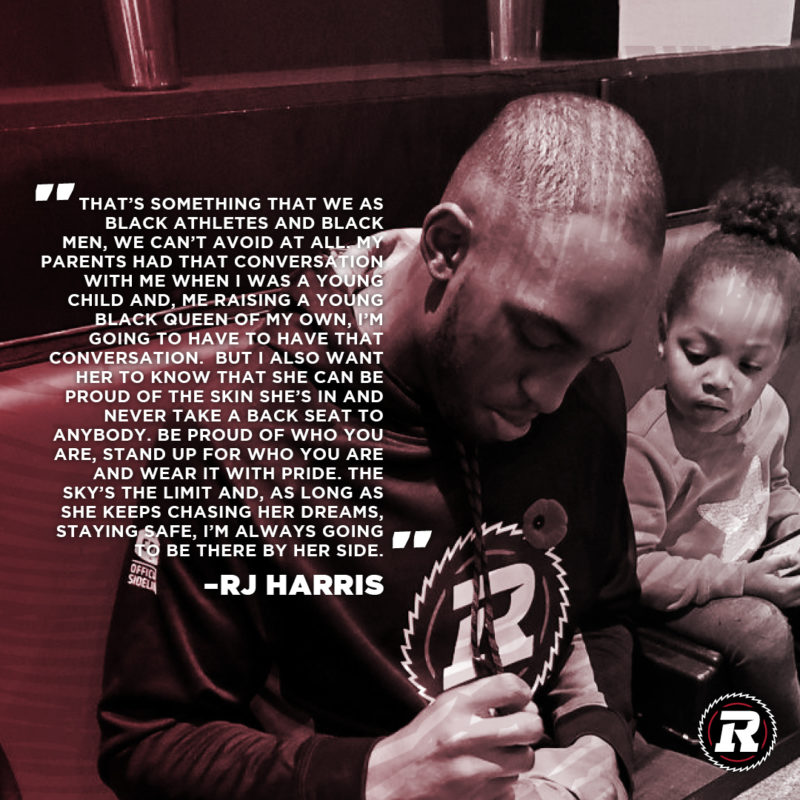 For Harris, chasing his own dream has so far seen him suit up for 30 games for the REDBLACKS, including 66-yard receiving performance in the 2018 Grey Cup game against Calgary. He’s been a CFL player for as long as he’s had Malani, who is turning into a diehard REDBLACKS fan herself. “She knows football now,” he says. “She’s got her own little touchdown dance she does, we have a little handshake that we do, so if I score, we always do our handshake after the game.”
But as anyone who is paying any attention at all these days can attest, it’s not all smiles and laughing, especially as he’s raising “a young black Queen of my own” at time when race-related hate and violence has boiled over. When it came to navigating the racism he would be subjected to, he says, his parents began having difficult conversations with him early on. He’s vows, along with his partner Tiff, to do the same with his own children.
But it won’t be all dire warnings and words of caution, says Harris.
“I also want her to know that she can be proud of the skin she’s in and never take a back seat to anybody,” he says. “Be proud of who you are, stand up for who you are and wear it with pride. The sky’s the limit and, as long as she keeps chasing her dreams, staying safe, I’m always going to be there by her side.” 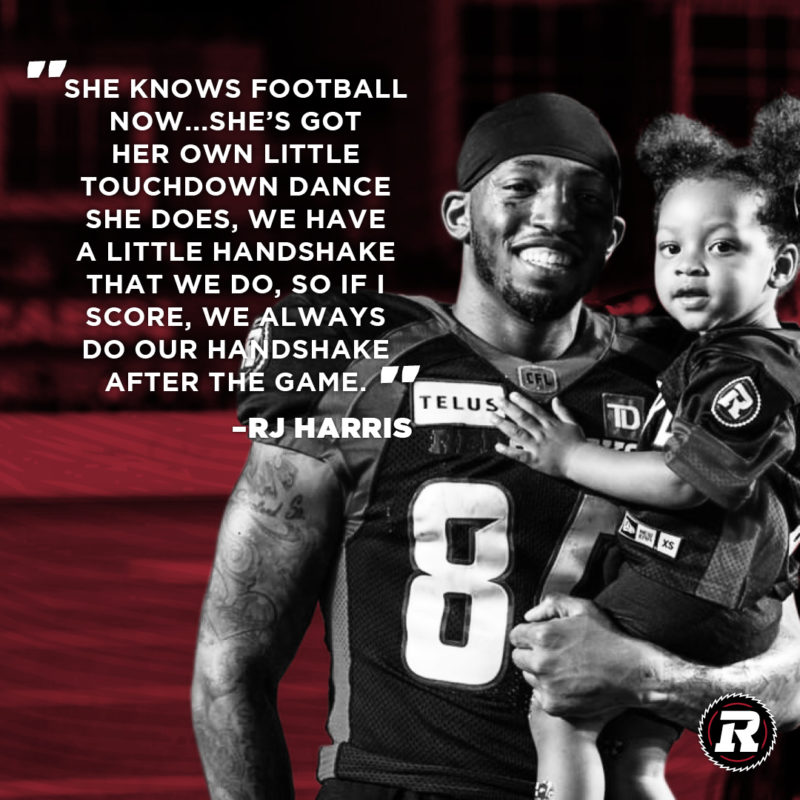 If the wise, fatherly perspective seems to flow easily from Harris, it’s because it does. It’s also likely a reason why he’s a solid source of dad advice in the REDBLACKS locker room, especially for the recent boom of first-time parents on the roster. That has led to something of a role-reversal for Harris and fellow receiver and nine-year CFL veteran Brad Sinopoli.
“Brad has always been the old man in the group,” chuckles Harris. “From a football standpoint, we always look to Brad to give us advice. But now Brad is just stepping into fatherhood so he’s hitting me up asking me for advice.”
Joking aside, Harris says the influx of fellow dads on the team has been a hugely positive experience.
“It’s just cool to not only have that family bond within the team but, when we bring our kids into it as well, it just brings us all even closer,” he says.