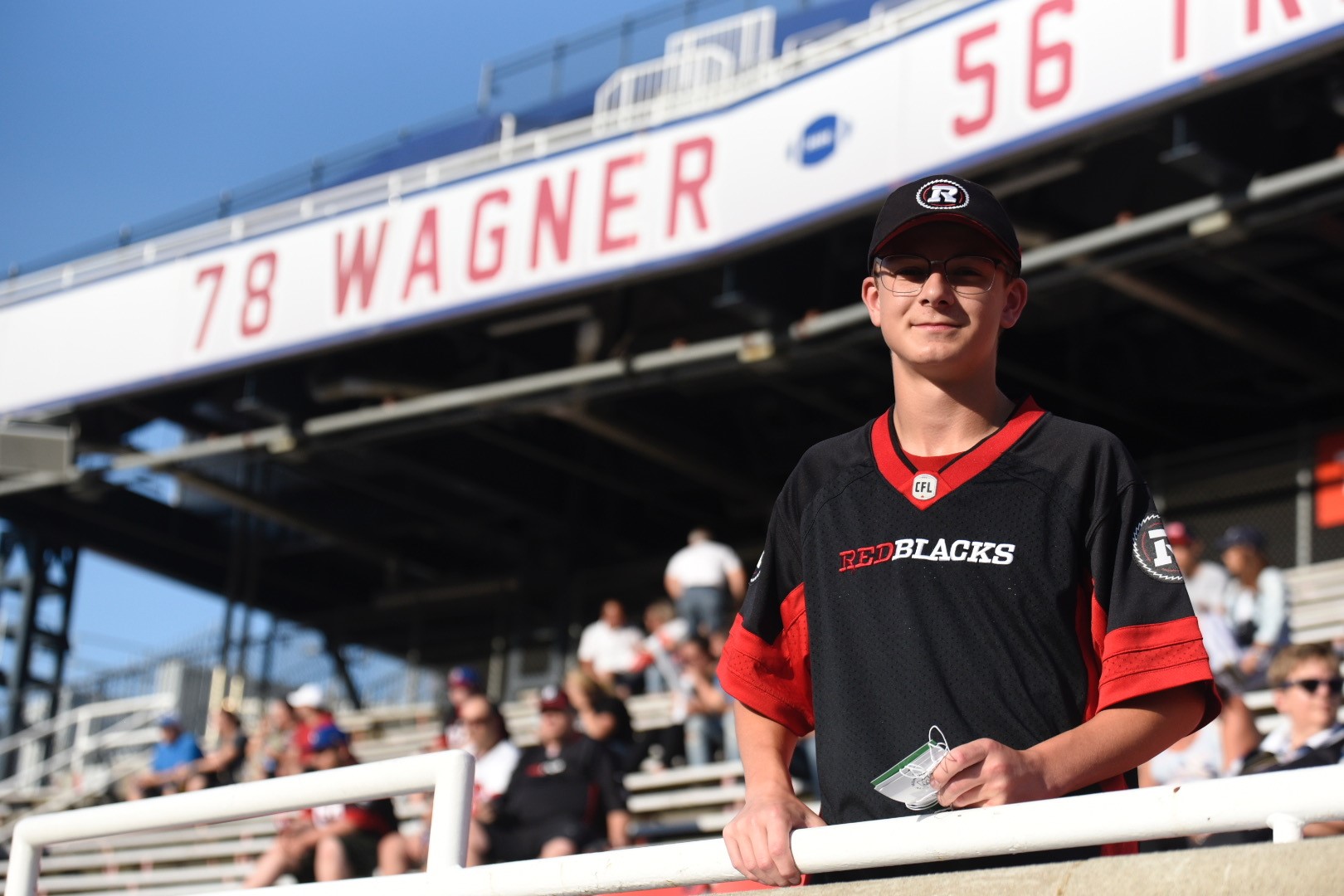 Since then, the moment the Ottawa REDBLACKS came into existence, players and fans came together to build what has become known as RNation. For many reasons – on-field success, a championship and the work the players do in the community – this family has become a huge part of the City of Ottawa.

Like many people, when REDBLACKS tickets went on sale six years ago, my family jumped on the bandwagon. Not only did we jump on a bandwagon, but we joined that new RNation family. We’ve felt at home with the team because they’ve done a very good job of including the fans in everything the they are doing. At games, practices and team events, players and staff are accessible and happy to chat. For me, that has turned into some of my favourite memories in my almost-16 years. 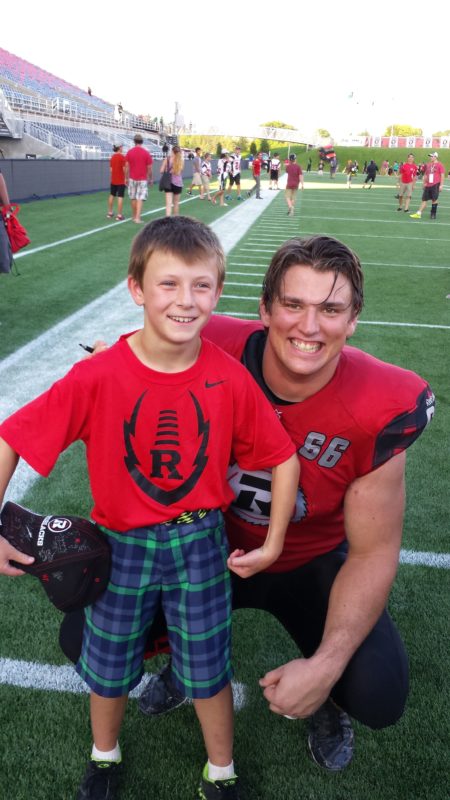 A young Jordan at a REDBLACKS game in 2014

As a junior beat reporter covering the team, having the the opportunity to talk to players and staff has given me the chance to build some lifelong relationships. Taking a look back at the people I’ve been able to share memories with through the past years, one of the closest friends I’ve been able to meet through the Ottawa REDBLACKS would be Chris Hofley. Chris is the manager of communications for OSEG, but many people know of him as the REDBLACKS “media guy.” Meeting Chris back in 2016 is what really started my journey to where I am today, after seeing what his job involves and everything working for a pro sports team brings. I thought to myself, why can’t I have the same job when I’m older. After hanging out with Chris and TSN 1200’s Lee Versage on a recent career day, I learned even more about the sports business and it motivated me to start my blog and start covering the team.

With a little help from some friends and supportive REDBLACKS players, I launched my own website where I post articles and videos surrounding the team’s latest news. I first created the website just to see what I could come up with and to help me keep busy, but through a full year of writing and posting, the experiences I’ve had have taught me so much. With my site’s one-year anniversary coming up in May, here’s a bit of what I have done so far.

To launch the website, I was able to score an interview with CFL commissioner Randy Ambrosie. That experience gave me the confidence to interview more players and I worked my way through most of the REDBLACKS roster. I’ve talked to CFL Hall of Famers and even a couple NFL stars. I’ve gone to press conferences and was there when Paul LaPolice was introduced as Ottawa’s new head coach.

When you watch a CFL game on TV you think of it as a players and coaches game but there’s so much going on behind the scenes. In the process, I’ve gained a new appreciation for everything that goes on behind the scenes – from the guys broadcasting in the booth above to the camera operators capturing every single play on the field and so much more. There’s a lot of work going on that we don’t see on TV and take for granted, and as part of the media I’ve been able to see and appreciate more of what goes into the CFL production. 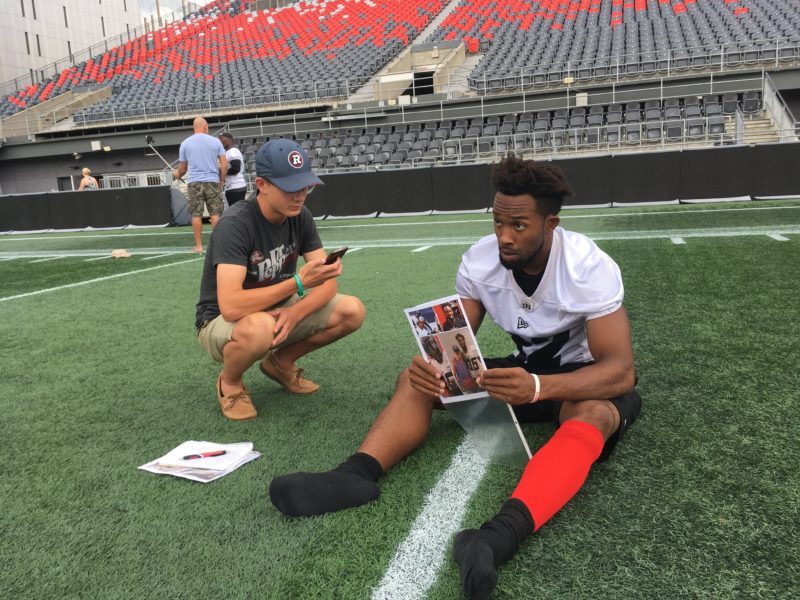 What’s next? Well, the end of high school in a couple years. But I’d love to be telling you all stories about great athletes working for a network like TSN one day. But for now, I’m just trying to take it all in and learn as much as I can along the way. And of course, I’ll keep bringing RNation great new CFL content.

After a tough season in 2019, there is a lot to be excited about this year with the Ottawa REDBLACKS, from new coaches, some new players and some of the best guys returning for another round in red and black. Once things get a little bit back to normal after this COVID-19 pandemic, I can’t wait to see TD Place back as the best party in all of Ottawa.