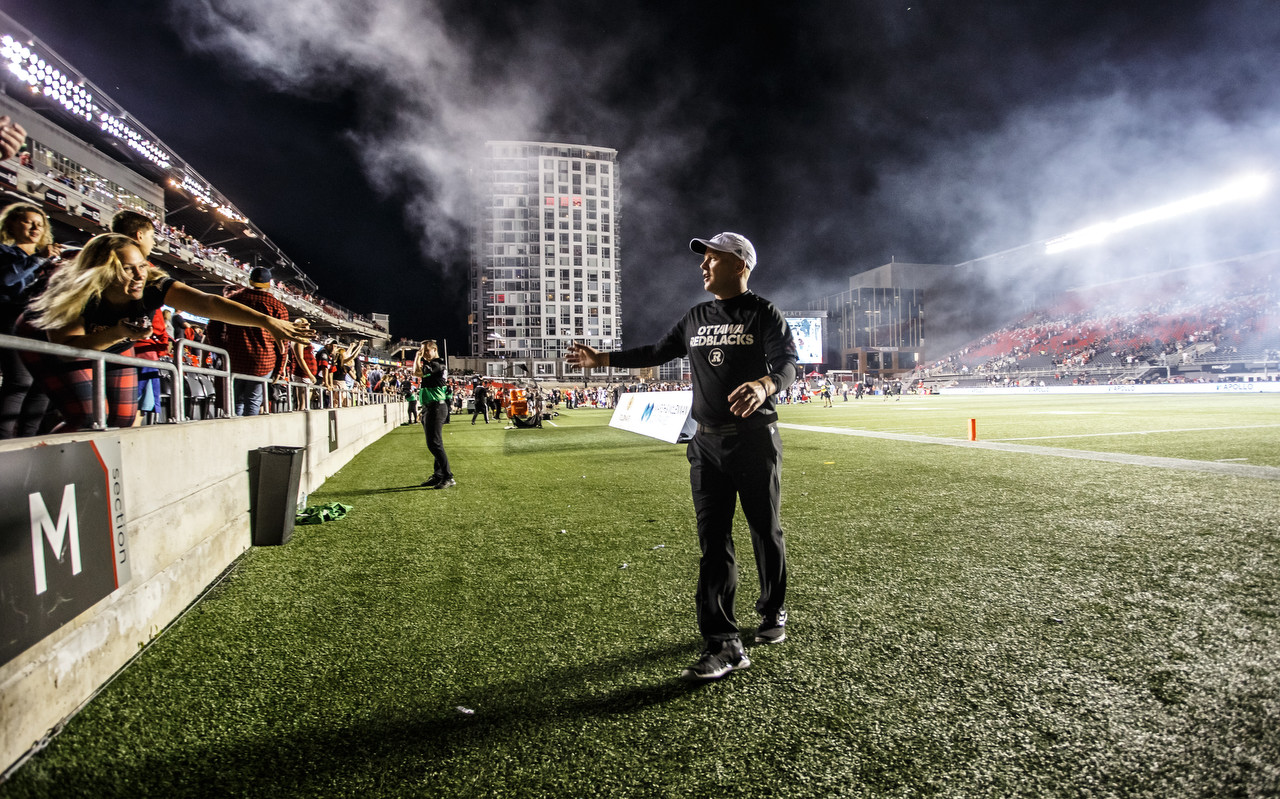 The Ottawa REDBLACKS and Head Coach Rick Campbell have decided to part ways. After a difficult 3-15 season, Campbell informed the Club that he felt he could not continue as head coach and the club respects his decision.

“I would like to thank the Ottawa REDBLACKS for the last six seasons in this great city,” said Campbell. “I’d also like to thank Marcel for entrusting me with my first CFL head coaching opportunity. Leaving the REDBLACKS was a difficult decision to come to but, at the end of the day, the future of the organization is bigger than any one person and I believe it is in the best interest of the team for me to move on. I also want to thank the fans; RNation, we couldn’t have accomplished what we have without you.”

Campbell leaves the REDBLACKS as the only head coach in franchise history. While his biggest success was leading the club to its first Grey Cup championship in 40 years, Campbell also coached the REDBLACKS to two other appearances in the championship game, the first coming in the club’s second year of existence. That success included transforming a 2-16 expansion team in 2014 into Grey Cup finalists the next year through key free agent signings and the emergence of young prospects. The following year, the REDBLACKS would win it all.

“On behalf of the Ottawa REDBLACKS, I want to thank Rick for his dedication since becoming our first-ever Head Coach,” said Desjardins. “Rick’s passion for coaching helped put our team on the CFL map and we will always be thankful for that. We wish Rick all the best in the next step of his career.”

Desjardins and CEO Mark Goudie will address the media in the Telus Media Centre at 11 a.m. on Monday. Campbell will be available to the media following the press conference.