Rick Campbell announced that Will Arndt will start at Quarterback on Friday night when the REDBLACKS head to Toronto to face off against the Argonauts.

Friday will be Arndt’s first career CFL start. The 26 year old has appeared in four games so far this season, completing 20 passes (36 attempts) for 185 yards. 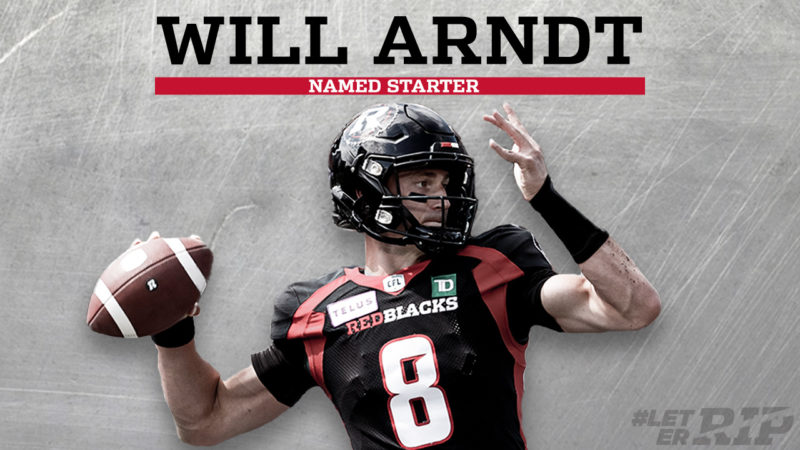