REDBLACKS set to welcome back familiar faces on Saturday

REDBLACKS set to welcome back familiar faces on Saturday

The Ottawa REDBLACKS will be back at TD Place on Saturday afternoon, hoping to turn their season around against the Edmonton Eskimos.

Both opponents in Saturday afternoon’s game are on a losing streak, meaning it’s shaping up to be a battle between two hungry teams.

The first time around those two teams met this season, Edmonton came out victorious at home with a win of 16-12 over Ottawa.

After Saturday’s game, the REDBLACKS will have a week off before resuming with action on October 11 at BMO Field for their matchup against the Argos. 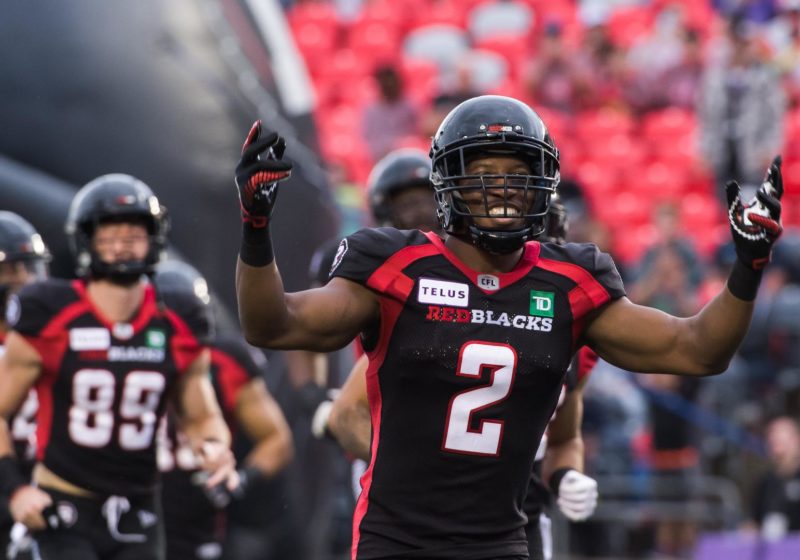 Saturday’s game will be the second encounter between the teams. Last time both sides met – Week 9 at Commonwealth Stadium – the Eskimos came out on top with a 16-12 victory.

Trevor Harris didn’t see any action on Week 15 because of an upper-body injury. The Eskimos fell short in Hamilton and lost 30-27 against the Ti-Cats. QB Logan Kilgore got his first start of the season, passing for 223 yards and two touchdowns and ran for one touchdown. Ottawa’s former WR, Greg Ellingson recorded 50 yards and a touchdown. Ellingson is 129 yards away from reaching 1,000 for the 5th consecutive season. Also, RB C.J. Gable is only 140 yards away from reaching a 1,000 yards for a second season in a row. Mike Pringle (2003-2004) was the last player for the Eskimos to reach 1,000 in consecutive season.

Ottawa Redblacks (3-10) will hosts the Edmonton Eskimos (6-7) on Saturday. When the teams met earlier this season it resulted in 16-12 victory for the Eskimos. Redblacks Head coach, Rick Campbell, has stated that quarterbacks Dominique Davis and Jonathon Jennings will share the field on Saturday. Davis has completed 169 passes this season while accumulating 1,846 yards. Jennings has completed 99 passes and obtained 1,096 yards.

A few familiar faces could possibly be back on the field at TD Place on Saturday. Former Redblacks players that now play for the Eskimos:

The Ottawa Redblacks will try to improve their 1-6-0 record at home to turn things around and come back to their winning ways. They currently sit five games out a playoff position, third place in the East Division. Saturday’s action will be the second last home game before the end of the 2019 season. 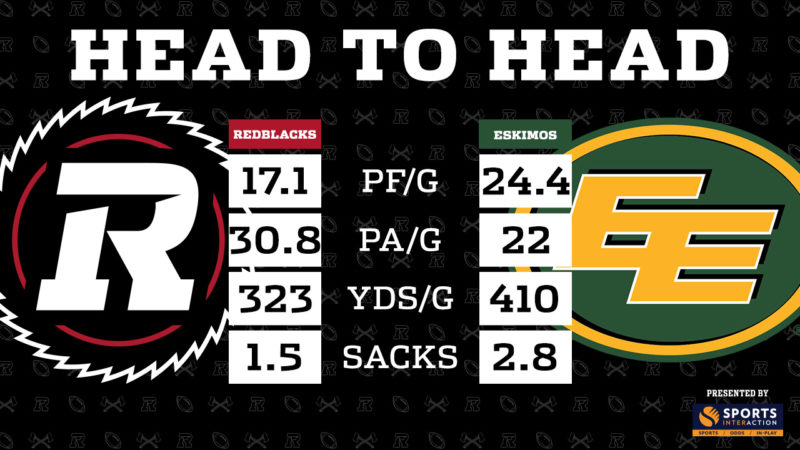