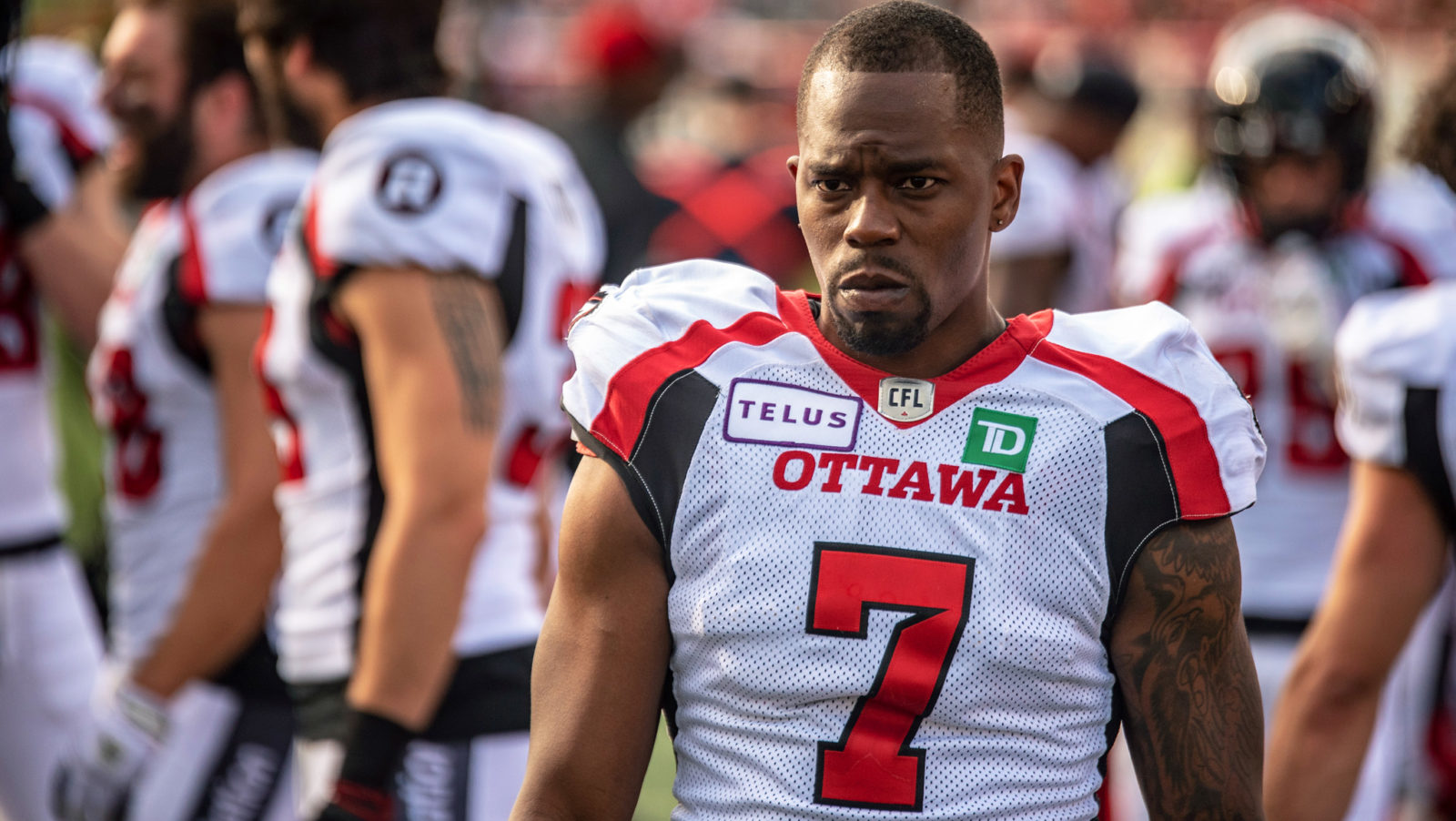 Chris Randle knows what he wants to happen Friday night when the Ottawa REDBLACKS host the Winnipeg Blue Bombers.

The REDBLACKS’ cornerback wants his team to record its third win of the season against the undefeated Bombers (2-0).  He doesn’t want to give up a touchdown pass and hopes to take another step on the learning curve of fitting into a new defensive unit.

What the former Blue Bomber doesn’t want is to make the game against his old team about him.

“It’s a formidable opponent. I know the intensity level they play with. That’s how we have to take it. That has to be my mindset.”

Randle spent five years with the Blue Bombers after being traded from the Calgary Stampeders prior to the 2014 season. He was released by Winnipeg in January then signed with Ottawa.

In 2017 Randle was a CFL All-Star when he recorded 60 tackles and five interceptions, two of which he returned for touchdowns, in 18 games with Winnipeg.

Salary cap considerations and Randle’s salary of around $150,000 factored in Winnipeg’s decision to cut him loose. Head coach Mike O’Shea called it a business decision when he called Randle to tell him the news.

“I can’t take it personal,” said Randle. “I don’t have any self-doubt in my ability and what I can do.

“That’s how I continued to prepare for this season, that it was a business decision. I won’t think otherwise.”

Bomber halfback Brandon Alexander told the Winnipeg Sun that he looked up to Randle as a mentor and his presence is still felt in the dressing room.

“The way he carries himself, as far as his character and his professionalism, is just worth admiring,” said Alexander. “You see that, and you want to be able to have that same type of system that he has.”

Randle still has fond memories of his time in Winnipeg.

“I built a lot of relationships over a five-year span,” said the 31-year-old. “That was the hardest part about it, not being connected to those relationships.

“It’s not like I hate everything that happened over there or how it transpired. I think it happened for a reason. I don’t wish anything negative upon those guys. The fact they speak highly of me . . . I would do the same for them.”

In Ottawa’s two wins this season Randle has eight tackles, including six in the REDBLACKS’ 44-41 win over Saskatchewan on June 20.

“I have to be much better and the good thing about it, I get another opportunity to prove it,” he said.

Playing defence is “somewhat the same” no matter what club you are on, Randle said. What takes time is adjusting to new teammates and different terminology.

“Coverages, whatever the concept may be, are the same,” he said. “You’ve seen every route. It’s not going to be anything new.

“It’s getting used to the communication, getting used to the timing. For my style and how I play, I need those things to be in sync for me to excel at a high level. I think the first couple of weeks have been testing out. You only get so many tests before it’s a determinant to the team.”

Randle doesn’t think having faced quarterback Matt Nichols and the rest of the Bomber offence in practice will give him any advantage.

“They know the same things I know,” he said. “That can work one way or the other. You really have to trust your keys and trust your abilities and trust what we are doing well.

“Try to overthink and predict what is going to happen, that’s when you are going to get in trouble.”

Randle played his college football at Utah State. He had 154 tackles and four interceptions in 43 games.

After not being selected in the 2011 NFL draft Randle had a free agent tryout with the Dallas Cowboys before joining the Stampeders in May of 2012. In 15 games that year he had 34 tackles plus an interception and was named Calgary’s top rookie.

After being released by the Bombers Randle felt Ottawa was the best fit for him. He liked that the REDBLACKS had 10 defensive players returning that had started in last year’s Grey Cup loss to Calgary.

“It came down to the defence,” he said. “I knew this defence could be special.

“You have all these guys that are hungry. I just wanted to add what ever I can do it.”

A statistical look at quarterbacks around the league