Harris ready for his moment as playoffs arrive in Ottawa 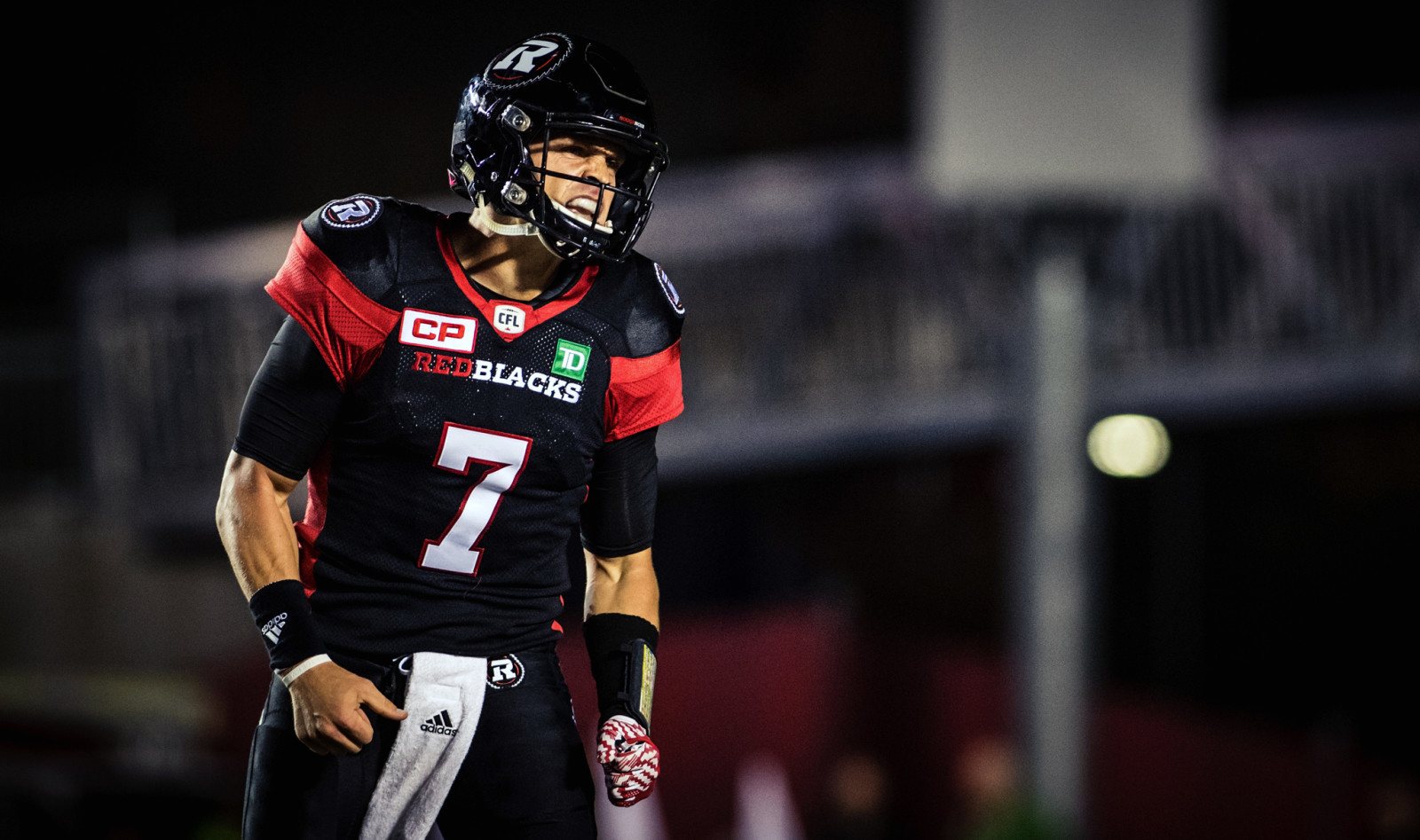 Harris ready for his moment as playoffs arrive in Ottawa

Trevor Harris is no rookie. He’s not a green quarterback trying to figure out the wacky and wonderful CFL game. And he’s no longer trying to learn all he can from a more experienced pivot ahead of him.

What he is, is an elite quarterback who is finally getting the chance he’s been working for since he got his first taste of the league with Toronto back in 2012. Since then, the 31-year-old Harris has suited up for 55 games in the league. He’s thrown 1,534 balls, completing 1,081 of them, for 13,039 yards and 82 touchdowns.

But he hasn’t started a playoff game. Not with the Argos, where he played behind Ricky Ray, and not in his first season in Ottawa last year, when the ageless Henry Burris toughed out a knee injury en route to the city’s first CFL championship in 40 years, keeping Harris in the backup role.

This time around, however, there’s no question about who will be under centre on Sunday when the Saskatchewan Roughriders drop by for the East Division Semi-Final. It will be Harris taking snaps and dishing out passes to Greg Ellingson, handing the ball of William Powell and answering various versions of the same questions leading up to the game.


So, Trevor, how does it feel preparing to start your first CFL playoff game?

“It’s something I’ve been waiting for,” said the quarterback, who finished the regular season fourth in the league in passing yards with 4,679, despite missing time with injury. “The last few years, I was happy to be part of the process, but I’m excited to get the opportunity to go out there and do what I can do.”

The REDBLACKS were forced to wait for the result of last weekend’s BC/Toronto game to find out if they would host the semi-final or move through to the East Final. With former becoming reality, Harris said the schedule should work in his team’s favour.

“I wondered how everyone would feel with not getting the bye week, but I think we’re all more relieved we get to play,” he said. “It would have been a long break (with the REDBLACKS already having two bye weeks in the final three weeks of the schedule).

“We’re excited, we’re ready to rock. We like where we’re at so now it’s just, let’s go out there, do our thing and let the chips fall where they may.”


Harris doesn’t expect any nerves to kick in heading into Sunday’s clash with Saskatchewan, nor does he plan to change how he approaches the game.

“It’s playoff football so the intensity’s going to be turned up, but I’m not going to change who I am, whether it’s for a pre-season game, a practice or the Grey Cup,” he said. “It’s still going to be 12 vs. 12 and I can’t be anything other than me.”

Harris is also looking forward to playing in front of the home crowd in what should be a very loud, party atmosphere at TD Place.

“It’s awesome that we don’t have to go out to Saskatchewan and worry about the crowd noise – they have to worry about ours,” he said. “We’re really looking forward to RNation coming in here and bringing the noise.”