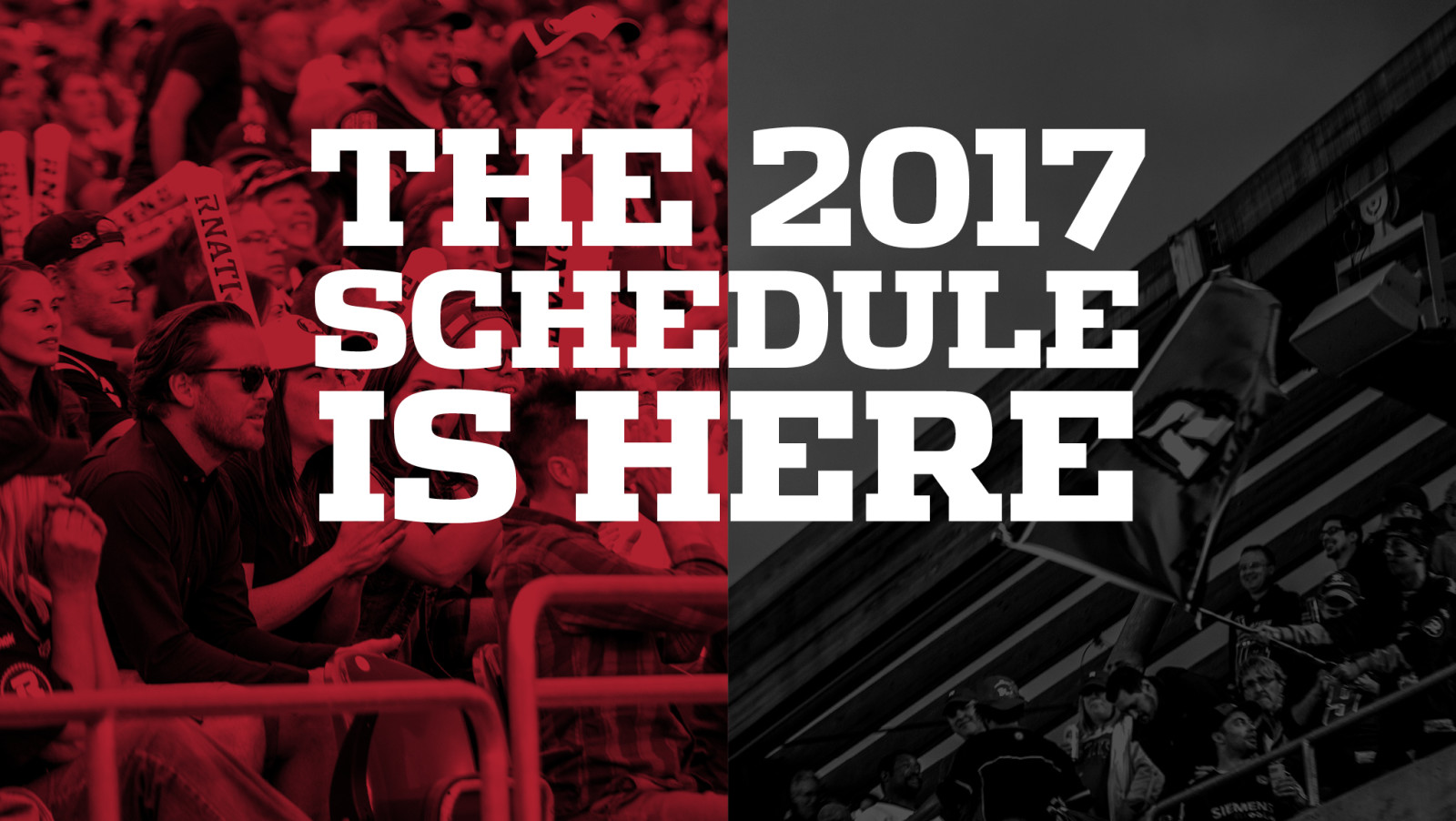 Almost seven months after being crowned CFL champions, the Ottawa REDBLACKS will begin their title defence and the road to the 105th Grey Cup with a rematch of last year’s final against the Calgary Stampeders on June 23 at TD Place on Friday Night Football. The 2017 Canadian Football League schedule, released Tuesday, pits the REDBLACKS and Stamps in a home and home series to open the first two weeks of the season.

“I think we have a good schedule for RNation in that 7 of our 9 home games are on the weekend,” said Jeff Hunt, President of the REDBLACKS parent company, OSEG Sports.  “It’s a little tough on our players in that we have some pretty tight turnaround weeks but I guess no schedule is perfect.  I’m glad it’s done and I’m looking forward to seeing everybody back in at TD Place on opening night.”

The REDBLACKS will host the Argos in Week 3 action (July 8) before encountering a grueling 11-day stretch with three games in that timeframe starting with a rematch of last year’s East Final against the Eskimos in Edmonton on July 14, followed by a midweek game against the Alouettes at TD Place on July 19 and ending with a trip to Toronto on July 24 in a rare Monday nighter.

Following a hiatus from a demanding Week 4 and 5 schedule, the REDBLACKS will return to action on Friday Night Football at TD Place on August 4 against the Blue Bombers followed by a second-straight home contest against the Eskimos in Week 8 (August 10).

Seven of the REDBLACKS nine games at TD Place will come on Fridays (4) and Saturdays (3) that also include tilts with BC (August 26), Hamilton (September 9), Saskatchewan (September 29) and their regular season finale against the Ti-Cats (October 27).

After their Week 9 stop in Hamilton on August 18, road trips in the second half of the season for Ottawa include Montreal – twice (August 31 and September 17), Winnipeg (September 22), BC (October 7) and their first visit to the new Mosaic Stadium in Saskatchewan (October 13).

Ottawa’s two bye-weeks will fall during the final three weeks of the season with breaks in Week 18 and 20.

Ottawa will play two preseason contests starting June 8 at TD Place when they host the Hamilton Tiger-Cats followed by a trip to Montreal on June 15 for their final test before the season opener the following week.

The CFL Canadian Draft is set for May 7. REDBLACKS training camp opens May 28 at TD Place.

Ottawa REDBLACKS season tickets are on sale now and are the best way to score access to seats for the 105th Grey Cup this November at TD Place. For more info on 2017 season tickets, please click here.