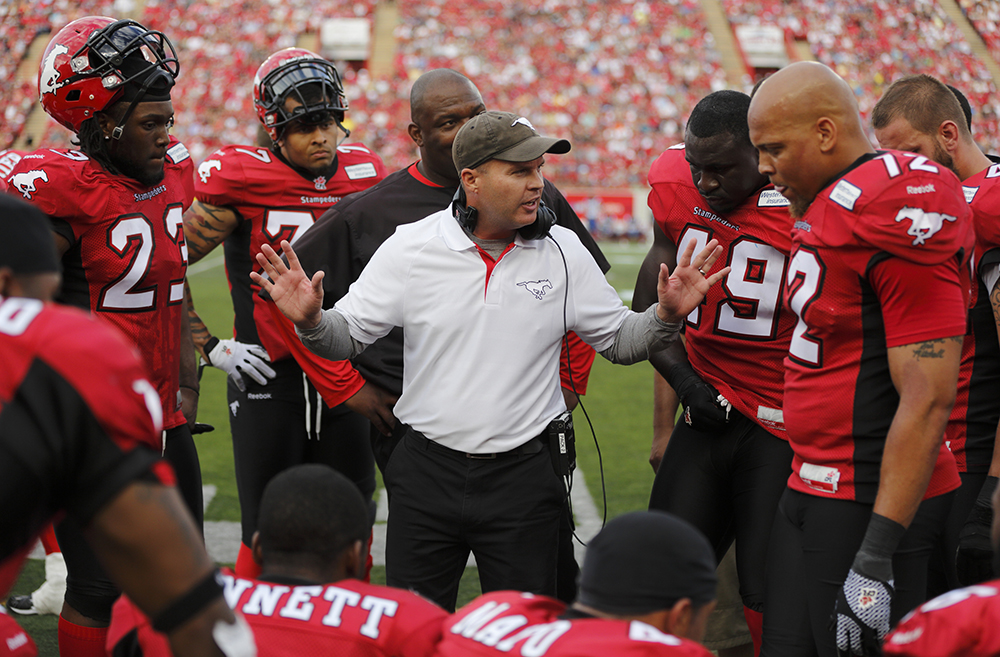 OTTAWA – Rick Campbell has spent his entire football coaching career in the west, but now he is shifting his knowledge and experience to the east to become the first head coach in franchise history of the Ottawa REDBLACKS.

The 42-year-old Campbell brings 15 years of Canadian Football League coaching experience to the Nation’s Capital, most recently as defensive coordinator of the Calgary Stampeders for the last two seasons.

“I’d like to thank Marcel Desjardins, Jeff Hunt and the OSEG ownership for this incredible opportunity,” said Campbell.  “I’d also like to thank Coach John Hufnagel in Calgary and the other coaches and players I’ve worked with and learned from over the years.  Right now my top priority is to help Marcel, Brock (assistant general manager Brock Sunderland), Jeremy (pro/college scout Jeremy Snyder) and Miles (scout Miles Gorrell) prepare for the expansion draft and a very busy off-season.  After that, it’s creating an environment for players and other coaches that’s all about football, establishing our team identity and winning games.”

Campbell began his coaching career in 1996 at the University of Oregon where he served as a graduate assistant with the Ducks’ coaching staff, helping with the defensive secondary and special teams.

He made his CFL debut in 1999 with the Eskimos as defensive secondary and special teams coordinator, spending the next six seasons in that role before being promoted to defensive coordinator from 2005-2008.

He moved to Winnipeg in 2009 as defensive backs and special team coordinator with the Blue Bombers before returning to Alberta to coach the running backs with the Calgary Stampeders in 2010.

Campbell became assistant head coach and special teams coordinator in 2011 with the Eskimos before taking on the defensive coordinator title back in Calgary in 2012.

Last season, the Stampeders’ defence ranked first in sacks with 63 and second in fewest points allowed, limiting opponents to 413 total points (22.9 per game).

“Rick is a coach who earned this opportunity,” said REDBLACKS General Manager Marcel Desjardins.  “He started coaching at the university level and then, over the next 15 years, served as a CFL assistant coach on offence, defense and special teams.  Rick did it right, learning his craft from some very good football men and I’m delighted to welcome him to the REDBLACKS organization.”

“This is an historic day in the history of our franchise,” said Jeff Hunt, President of OSEG Sports.  “Rick Campbell will become the everyday face of the franchise and the man who’ll set the tone for how we play on the field.  I can hardly wait for opening day in our beautiful new stadium, cheering on the REDBLACKS with 24,000 of my best friends and neighbours.”

Over 12,000 fans reserved the right to purchase REDBLACKS season tickets and those fans are currently choosing their actual seats in the team’s new stadium at Lansdowne Park. Reservations for season tickets are still being taken by telephone at 613-232-6767, ext. 1 or by visiting www.ottawaredblacks.com.