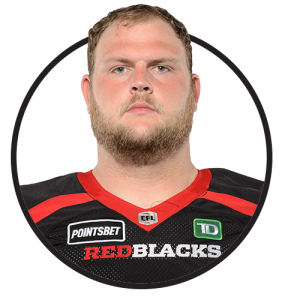 Pelehos, 22, won’t have to stray far from his roots, on his path to the CFL. The Gananoque, Ontario native starred for the Gee-Gees, earning First Team OUA All-Star honours, and being awarded Gee-Gees Team MVP in 2021.