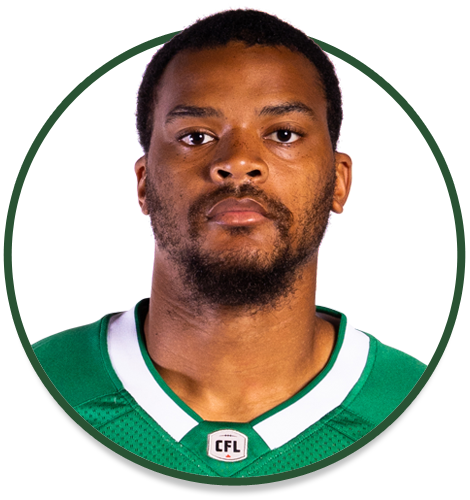 ACQUIRED: Signed with the Riders in April 2020.

YEARS WITH THE RIDERS: 2

2021: Played in 10 regular season games for the Riders, making 27 defensive tackles, seven special teams tackles, one interception, and one fumble recovery. Took a fumble 44-yards for a touchdown in Week 8 against the Lions. Saw action in the West Semi-Final and the West Final, making four combined tackles.

PRO: Signed with the NFL’s Tennessee Titans as an undrafted free agent in 2018.  He played in four preseason games for the Titans recording five tackles and two pass deflections.

COLLEGE: Prior to turning pro, Webb spent four collegiate seasons at Ohio State playing in 35 games and recording 131 tackles, four tackles for loss, two touchdowns from six interceptions, seven pass deflections, one forced fumble and two fumble recoveries. The Detroit native had a standout season in his final year, recording five interceptions – the second-best total in the Big Ten. Webb helped lead his team to the 2017 Cotton Bowl where he was named MVP.  He was also named to the All-Big Ten third-team in his senior year and was an honourable mention as a junior.