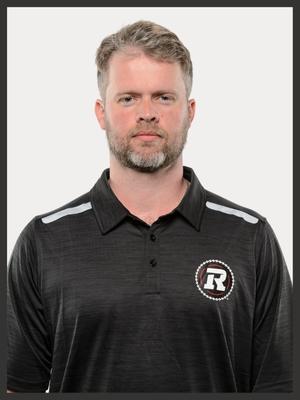 A veteran member of the REDBLACKS coaching staff, Bourgon returns for another season with the REDBLACKS, this time as Defensive Backs Coach.

Most recently the club’s Linebackers Coach, Bourgon assumed the new title in April 2022.

While this season will showcase the McGill University product in a new coaching role, Bourgon has risen through the staff ranks of the REDBLACKS since joining the club as a Football Operations intern ahead of the team’s inaugural season in 2014.

He would serve as a Football Operations Assistant until 2015 when he briefly left Ottawa to serve as Defensive Coordinator and Defensive Backs Coach for the Diables Rouges de Villepinte in France.