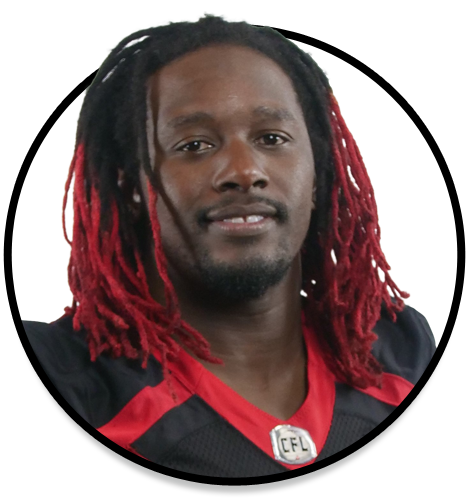 2018
(Winnipeg) Flanders dressed for one game and had two carries for six yards, one reception for minus-2 yards and five kickoff returns for 88 yards.

2017
(Winnipeg) Flanders was in uniform for 10 games and made six starts. He had 48 carries for 254 yards and one touchdown and a career-high 26 catches for 206 yards with three majors. He also returned two kickoffs for 31 yards. He was in uniform for the Western Semi-Final against Edmonton and recorded four carries for 20 yards, five receptions for 24 yards and two kickoff returns for 17 yards.

2015
(BC) Flanders played one game in his rookie season and carried the ball three times for 15 yards.

College
Flanders played 54 games over four seasons (2010-13) at Sam Houston State. He completed his career as the all-time rushing leader for the Bearkats and the Southland Conference with 5,664 yards and 66 touchdowns. Flanders was a three-time finalist for the Walter Payton Award as the most outstanding offensive player in Division I Football Championship Subdivision. Prior to attending Sam Houston State, he redshirted at Kansas State in 2009.

Personal
Flanders is as alumnus of Midwest City High School in Oklahoma. During his senior season, he rushed for 2,134 yards and 34 touchdowns.