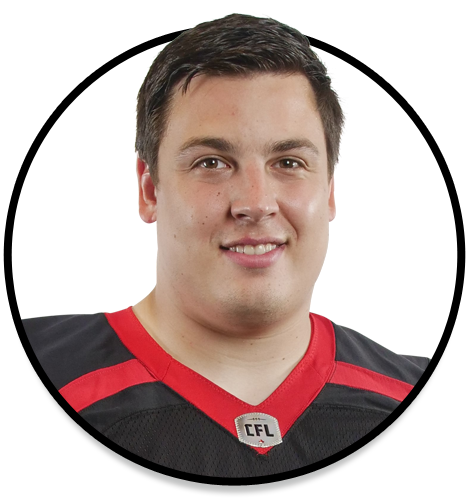 Drafted: First round, fourth overall by Ottawa in 2018.

2019 saw Korte get a drastic increase in playing time, starting all 18 games, and registering two tackles.

On January 26, 2021, Korte signed a contract extension with the Redblacks.

College: Korte played for the University of Alberta Golden Bears (U Sports) from 2014 to 2017, serving as a starter throughout his final two seasons. In 2017, he was named a Canada West All-Star, as well as the conference’s Most Outstanding Lineman.