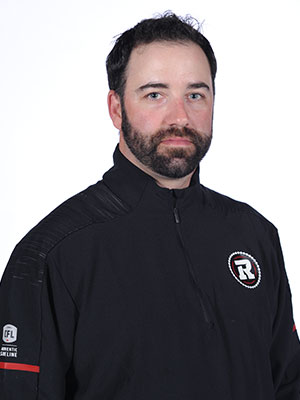 RJ James joined the REDBLACKS in 2014 after spending five seasons as the assistant equipment manager with the Montreal Alouettes, working for his father Ronnie James who has been with the Als for 21 seasons.

James has also worked for the Hamilton Tiger-Cats as the Equipment Manager in 2007 and 2008.

He played hockey at Concordia University in his native Montreal while studying sociology and also served as the Stingers football team’s equipment manager for three years. He also was an intern in 2003 in NFLEurope and worked in 2005 at Green Bay’s training camp with his uncle, Packers’ equipment manager Red Batty.