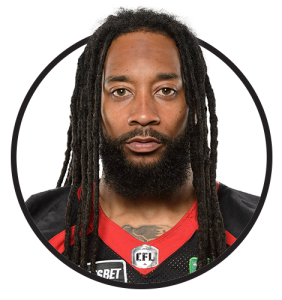 Sherrod Baltimore is a defensive back currently playing with the Ottawa REDBLACKS.

Played in 13 regular season games and the one playoff game for the REDBLACKS. He had 47 defensive tackles. He recorded a season-high 8 defensive tackles against the Saskatchewan Roughriders on Oct. 13. Voted REDBLACKS Most Outstanding Rookie.

Was an all-state basketball point guard in high school, as well as a quarterback. Played four seasons with the University of Maine Black Bears. Recorded at least one defensive tackle in every game he played during the 2017 CFL season.