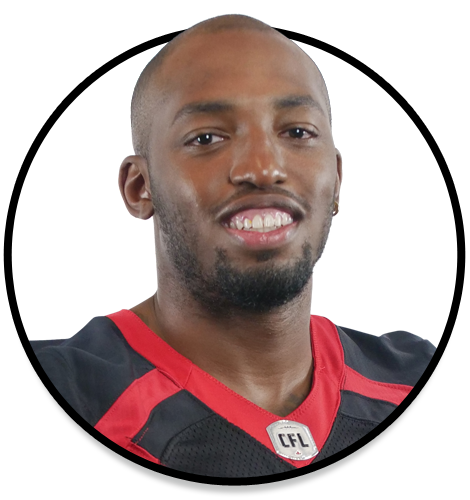 2017-Present, Ottawa Redblacks: Harris made his Redblacks debut in 2018, helping the team to their second Grey Cup appearance. He appeared in 16 regular season games, hauling in 48 receptions for 694 yards, and two touchdowns. Harris also returned five kicks for 104 yards, and six punts for 79 yards.

Despite being limited to 14 games in 2019, Harris improved upon his 2018 numbers, recording 62 receptions for 744 yards and two touchdowns. He again saw time as a returner, running five kicks back for 86 yards, and nine punts for 74 yards.

Harris signed a contract extension with the Redblacks on January 15, 2021.

2015-2016: Harris spent two preseasons with the New Orleans Saints in 2015 and 2016, with a stint on the Atlanta Falcons practice squad in between. Through six total contests, he recorded six receptions for 46 yards.

College: Harris played two seasons for the New Hampshire Wildcats, appearing in 26 games and starting in all but one. He tallied a total of 176 receptions for 2555 yards and 20 touchdowns.