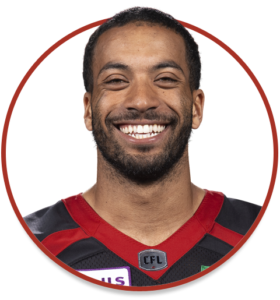 2018: In 18 games (eight starts), Behar finished with 27 receptions for 257 yards, and one touchdown as well as a two-point conversion. He caught his first CFL pass in Week One against the Blue Bombers and his first CFL touchdown in Week 9 against the Lions. He also has three tackles.

College: Played in eight games this past season and recorded 48 receptions for 788 yards and nine touchdowns. Over his four-year collegiate career, Behar caught 178 passes for 2,577 yards and 21 touchdowns in 30 games.