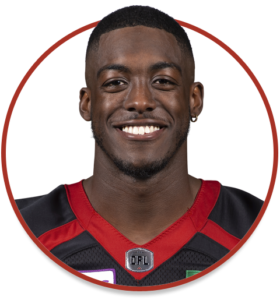 PRO: Signed with the Riders in May, 2016 after being selected in the CFL Supplemental Draft for a 3rd-round selection.