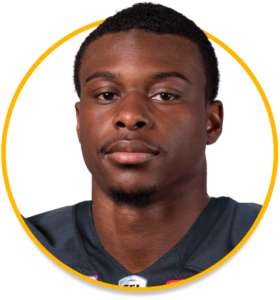 2019: Signed as an undrafted free agent and spent time with the NFL’s Chicago Bears.

COLLEGE/PERSONAL:
College: Started 11 of 13 games at the University of Nevada in 2018…Registered 75 tackles, two interceptions for 38 yards and six pass breakups…Prior to playing for the Wolf Pack, Dotson spent three seasons (2015-17) at the University of Washington, spending the first two seasons at running back before making the transition to defensive back in 2017…Recorded 75 carries for 302 yards and one rushing touchdown adding five receptions for 86 yards and one receiving touchdown as a running back…Registered 13 tackles and one interception returned 68 yards for a touchdown as a defensive back for the Huskies.