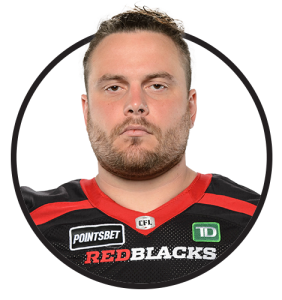 Acquired:
Hunter was selected sixth overall by the Lions in the 2013 CFL Draft. He signed with the club on March 26, 2014 after wrapping up his final year at Liberty University. Hunter has inked a couple one-year contract extensions with the Lions, most recently in February 2019. 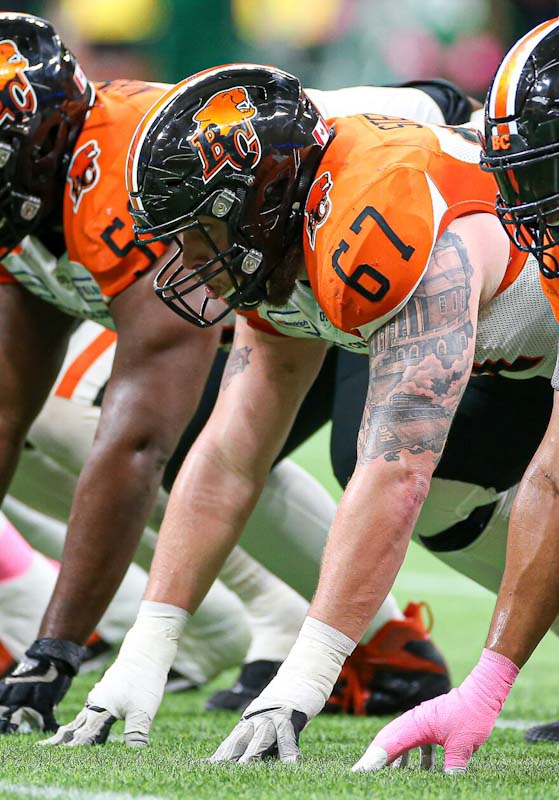 Highlights:
2021: Another productive season for the squad’s longest serving offensive player as he started all 14 games at left guard to bring his career total games played to 89.

2019: Now the club’s most senior offensive lineman, Hunter appeared in 17 games for the Lions and pushed his all-time games-played total to 75. Showing versatility and leadership, Hunter saw significant time as the team’s centre before returning to his familiar guard position.

2018: Hunter battled through injuries in 2018, but managed to continue performing at a high level for the Lions. He started all 14 games he appeared in at right guard for BC, and was leaned on for leadership following a season-ending injury to Cody Husband. Hunter started at right guard in the East Division Semi-Final against the Hamilton Tiger-Cats.

2017: Hunter was once again a key member of the offensive line for the Lions in 2017, providing consistency and leadership up front. Steward began the year playing left tackle but kicked inside to his familiar spot at guard midway through the season. All told, Hunter appeared in 16 games for the Leos with 15 starts.

2016: After appearing in all 18 games for the first time in his career, Hunter became a mainstay on a much-improved Lions’ offensive line. His rehab and return from foot injuries over two previous seasons earned him a nomination for the Jake Gaudaur Award, handed out annually to the player who shows the most perseverance, dedication and comradeship.

2015: Hunter battled through another foot injury in camp to eventually appear in 3 regular season games as well as the Western Semi-Final.

2014: Showing plenty of potential early in his career, Hunter overcame a knee injury in training camp to make his CFL debut on Jul 12/14 in Saskatchewan. The talented lineman eventually earned the starting role at left tackle and was enjoying a remarkable run over seven games until suffering a season-ending foot injury on Aug 24 versus Saskatchewan.

College:
2013: Again anchoring the school’s offensive line from his left tackle position, Hunter started 11 games and helped lead the way for a new program-record of 36 rushing touchdowns on the year. Allowing just a single sack in two seasons, Hunter achieved the highest playing grades among his teammates on the offensive line and received also received conference kudos as a First-Team All Big South selection.

2012: Making the difficult transition from defensive line to offensive line, Hunter excelled during his second season at Liberty. Starting all 11 games at left tackle, he graded-out as the school’s top offensive lineman and did not allow a sack.

2011: After transferring from Virginia where he spent two seasons on the sidelines, Hunter appeared in nine games for Liberty University as a reserve defensive lineman. He registered two defensive tackles and was a significant contributor on special teams.