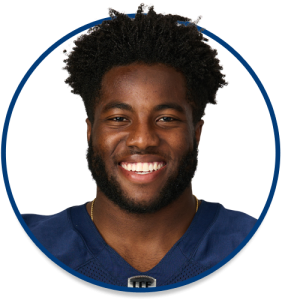 2022 : Signed a one-year contract with the Alouettes

2021 : He played in all 14 regular season games where he had 30 defensive tackles, six special teams tackles, and one forced fumble.

Williams attended Carson–Newman University where he played for the Eagles. He participated in the East-West Shrine Bowl in 2020, after four seasons at the collegiate level. He recorded 179 tackles, a sack, eight interceptions, and two fumble recoveries in 41 games. He graduated from Carson-Newman University with a Bachelors degree in Exercise Science and Recreational Management.