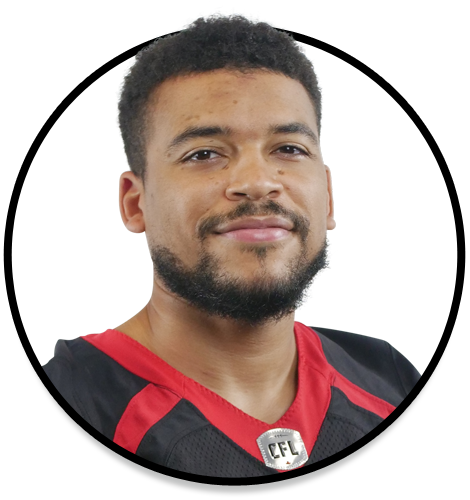 CAREER:
2019: Signed with the Hamilton Tiger-Cats June 19…Played in 16 games with three starts, registering 37 carries for 158 yards as well as 20 receptions for 156 yards and two touchdowns…Recorded 51 rushing yards on six carries adding 61 receiving yards from five receptions July 4 at Montreal. Registered two receptions for 10 and a touchdown October 26 at Montreal…PLAYOFFS: Played in both Tiger-Cats’ playoff games including the 107th Grey Cup versus Winnipeg posting two receptions on five targets for 54 yards.

2018: Injuries limited Coombs to just two games for the Toronto Argonauts…He began the year on the injured list, started against B.C. on August 8, then suffered a season-ending injury the next week at Montreal…Finished the year with six catches for 85 yards, including a TD catch against the Lions.

2017: Played in and started 10 games with the Argonauts…Posted 49 catches for 457 yards…Recorded a career-high nine catches in a game against Saskatchewan…Signed a two-year contract extension with the Argos January 12. Playoffs: Returned from injury and started East Final vs Roughriders…Had nine catches for 77 yards. 105th Grey Cup: Started, but did not catch a pass in win over Calgary.

2016: Played 18 games for the Argonauts, starting in 11…Caught 36 passes for 297 yards and a TD…Carried the ball 12 times for 45 yards and a touchdown…Was occasionally used as a kick returner…Scored his first CFL rushing TD Week 4 vs Ottawa.

2015: Played in 17 games with the Argonauts, starting in 15…Finished the year with 57 catches for 486 yards and a touchdown…His first CFL TD came on a five-yard pass from Trevor Harris against Hamilton. Playoffs: Started against Hamilton in East Semi-Final…Caught three passes for 21 yards.

COLLEGE/PERSONAL
College: Played four seasons at the University of Manitoba (2011-14)…Finished career with 2,232 rushing yards with 17 TDs, adding 840 receiving yards with 11 receiving touchdowns…Set the Canada West record with a 107-yard rushing TD…In his final season he rushed for 1,015 yards, with 509 receiving yards and a combined 11 touchdowns…Finished his collegiate career ranked seventh all-time in CIS (now U SPORTS) combined touchdowns, was a three-time Canada West All-Star, two-time CIS First Team All-Canadian (2011, 2013) and was named the Bisons’ 2014 Athlete of the Year.

Personal: His mother Heather and his Aunt Lois were his two biggest role models growing up. Has worked tirelessly with several charities in the Toronto and Winnipeg communities.