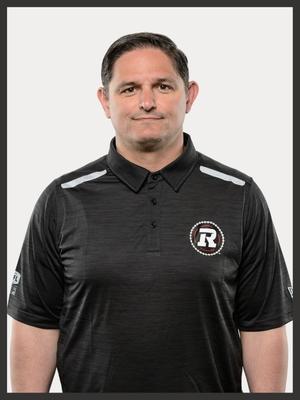 Jeremy Snyder joined the REDBLACKS in March 2013 as the Director, Football Administration and Pro/College Scout. After four years in that role, Synder was promoted to Assistant General Manager on May 11, 2017.

In his initial role with the football club, Snyder served as a scout and evaluator of talent for the CFL Draft in the CIS and NCAA. He was also responsible for evaluating players on assigned NFL rosters that might be added to Ottawa’s negotiation list or be signed.

Snyder, a native of Philadelphia, began his CFL career in 2010 with the Montreal Alouettes, first as a scouting assistant to help complete the 2010 season. He was then awarded a full-time position for the 2011 season and took on many key roles in the team’s scouting department.

He began his pro football career as a video intern with the Chcago Bears in 2003 before landing an expanded role as a football operations assistant in several key areas, including pro scouting, college scouting and salary cap administration.

Snyder moved to the Philadelphia Eagles in June of 2008as a Pro Scout and spent two more seasons in the NFL before moving north of the border. Snyder played collegiate football with the Allegheny College Gators and served as the team’s running backs coach for two seasons after graduation.