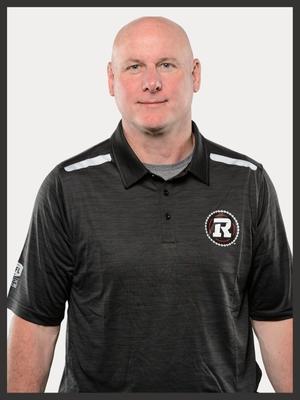 With the loss of the 2020 season, the last time LaPolice stood on a CFL field was in November 2019, as the then-Offensive Coordinator of the Winnipeg Blue Bomber’s celebrated his team’s Grey Cup victory. The championship was LaPolice’s second as a CFL coach but first as an OC.

Under LaPolice, Winnipeg’s 2019 offence helped power the team to the franchise’s first championship in nearly three decades. The Bombers 28.2 points-per-game average and 55 touchdowns were both second in the CFL, while their 148 rushing yards per game led the league. The Bomber’s achieved this while using three different starting quarterbacks that season.

The Nashua, New Hampshire native first entered the CFL coaching quarterbacks, running backs and receivers for the Toronto Argonauts. In 2018, the LaPolice-coached offence led the league in a number of key stats – most offensive points scored (28.2 out of a 30.6 points-per-game average), as well as the most offensive touchdowns (53), rushing touchdowns (23) – en route to a West Semi appearance. It was also the second of three-straight seasons that tailback Andrew Harris would lead the league in rushing. The Winnipeg offence saw similar success in 2017 as the team went 12-6 and led the CFL in points scored. Both Harris and quarterback Matt Nichols had career years, while the Bombers had two major CFL award winners for the first time in 16 years, including Most Outstanding Offensive Lineman Stanley Bryant.

The 2016-2019 seasons marked LaPolice’s third time on Winnipeg’s coaching staff, having previously served as the club’s Head Coach from 2010-2012. After becoming the youngest Head Coach in CFL history in 2010 at age 39, LaPolice led the league’s youngest team to a 10-8 record in 2011, winning the division for the first time in 10 years and being named a finalist for Coach of the Year honours.

Coach LaPolice served on the Saskatchewan Roughrider’s coaching staff between 2007-2009, first as receivers coach before being promoted to Offensive Coordinator, Quarterbacks and Receivers Coach in 2008. As Receivers Coach in 2007, the Riders finished second in the West with an offence that finished second in scoring during the regular season, winning the club their third-ever Grey Cup championship.

A former receiver at New Hampshire’s Plymouth State College, LaPolice cut his teeth coaching receivers at Maine Maritime Academy, Western Connecticut and the University of New Hampshire between 1993-1997. LaPolice spent three years coaching at the Rensselaer Polytechnic Institute, the final two as Offensive Coordinator, before making the jump to the CFL with the Argonauts in 2000. His first run with Winnipeg would follow, along time spent coaching with the Hamilton Tiger-Cats from 2004-2006.

In addition to his time on the sidelines, LaPolice has also used his time away from coaching to hone is broadcasting skills. For three years beginning in 2012, LaPolice worked for TSN as a panelist, reporter and personality, which included hosting the “Coaches Playbook with Paul LaPolice”.

LaPolice lives in Ottawa with his wife, Tina, and their children.