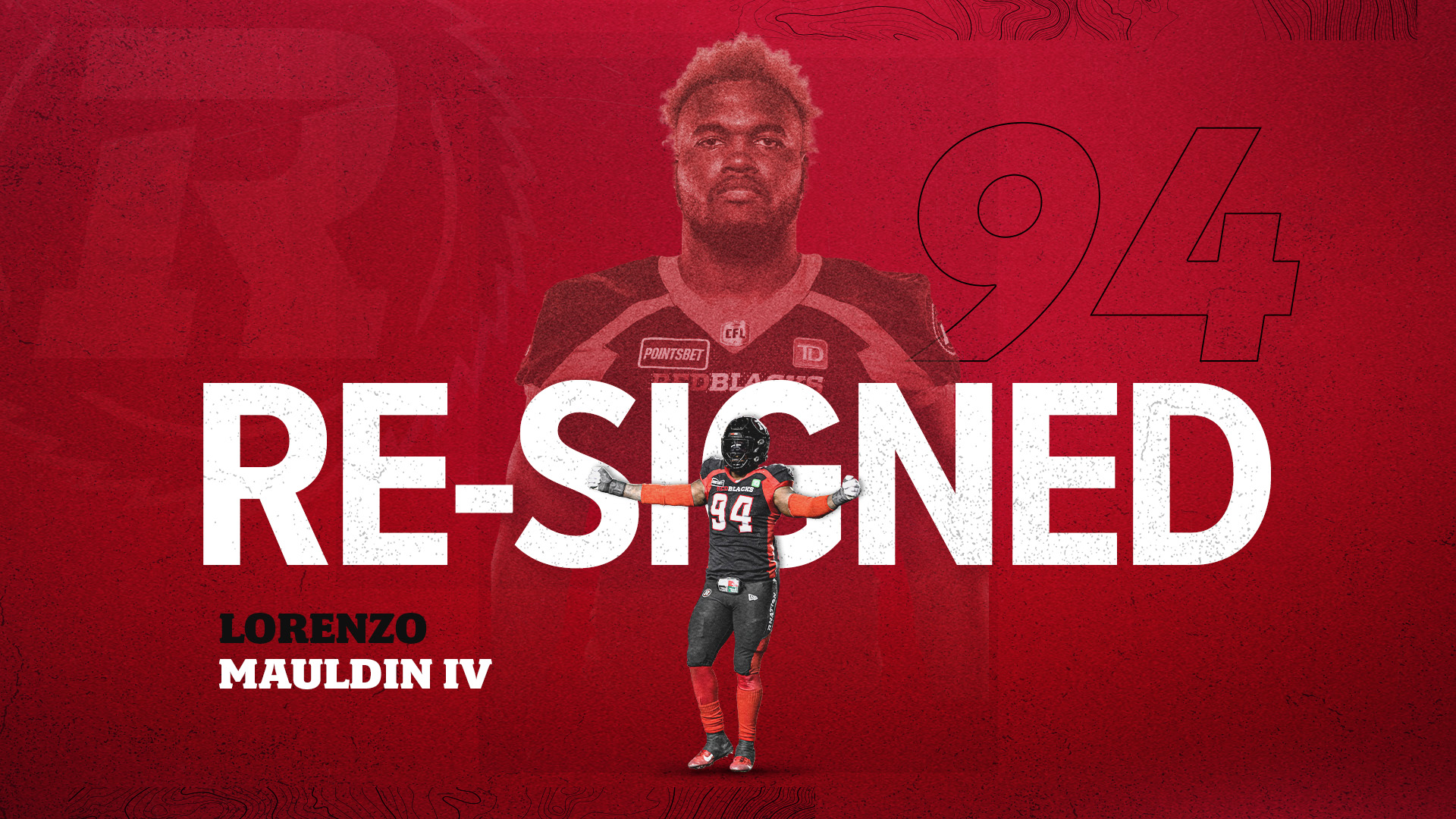 “What’s good Ottawa! It was such a pleasure playing for the REDBLACKS in 2022 and I happen to love you all so much that I wanted to do it again in 2023!,” said Mauldin. “My family and I are excited to keep calling Ottawa home next season. Thanks for the love, RNation!”

Mauldin, 30, took the league by storm in his first season with the REDBLACKS, after arriving from the Hamilton Tiger-Cats via free agency. The Sacramento, California native set a REDBLACKS single season record, with a CFL-leading 17 sacks in 2022, also recording 43 tackles, and a pair of forced fumbles, appearing in all 18 games.

“Lorenzo Mauldin is a player who gives everything he can every time he hits the field and is someone you don’t want to be playing against,” said REDBLACKS General Manager Shawn Burke. “He was last year’s Most Outstanding Defensive Player for a reason and we’re excited to see him take the next step in his career as a REDBLACK.”

Named to the 2022 CFL All-Star team, Mauldin became just the second player in Ottawa franchise history to earn Most Outstanding Defensive Player honors, and first since Greg Marshall in 1983.