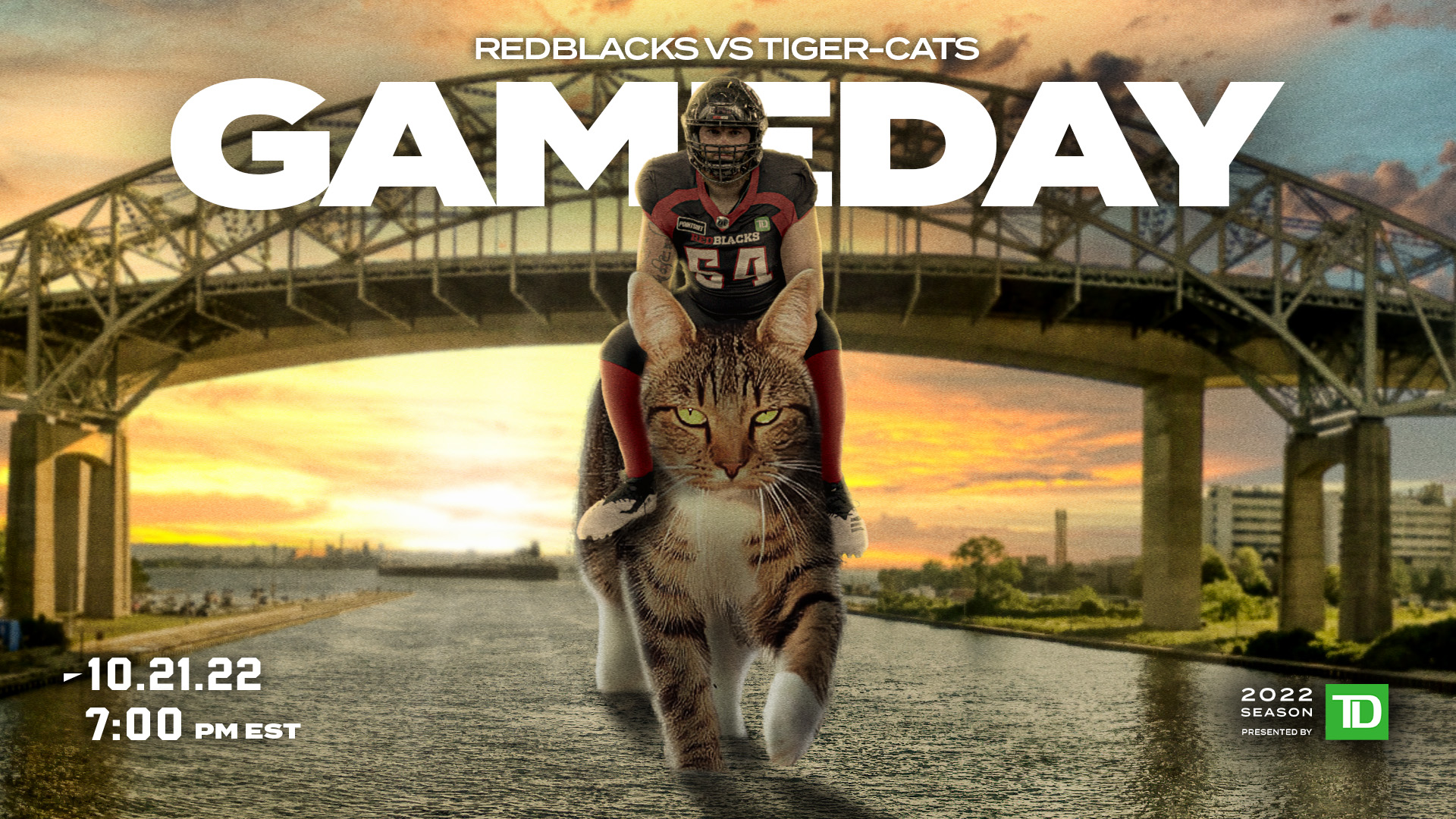 There are two games remaining in the 2022 CFL regular season, and the Ottawa REDBLACKS are looking to keep their playoff hopes alive as they enter a back-to-back with the Hamilton Tiger-Cats.

Tonight, from Tim Hortons Field at 7:00 pm ET, the REDBLACKS will kick off against Hamilton, in a critical East Division matchup.

Ottawa couldn’t come away with a second win in five days, a week ago, dropping a narrow 34-30 decision at home, to the Montreal Alouettes. Nick Arbuckle threw for 271 yards, and a pair of touchdowns to Siaosi Mariner, and Tevaun Smith, respectively. Caleb Evans snuck in another, and Lewis Ward made good on three field goal attempts.

The REDBLACKS will again be shorthanded, this week; with the likes of Jaelon Acklin, Patrick Levels, and DeVonte Dedmon out of the lineup against the Ti-Cats.

On the same night as Ottawa’s defeat at the hands of the Als, Hamilton narrowly snuck by the Calgary Stampeders, for a 35-32 road win. Dane Evans earned 244 yards through the air, and a touchdown, while also rushing in another. Tim White caught the touchdown ball, and the Hamilton defence nabbed three interceptions.

Nick Arbuckle, quarterback, on the team taking things one week at a time: “We know we’re going to have to bring our A-game. Whenever you’re playing a team back-to-back, it’s tough to win twice in a row. We know it’s a big task for us. Step 1 is Friday.”