REDBLACKS’ Acklin reaches 1,000 receiving yards with his own personal flair 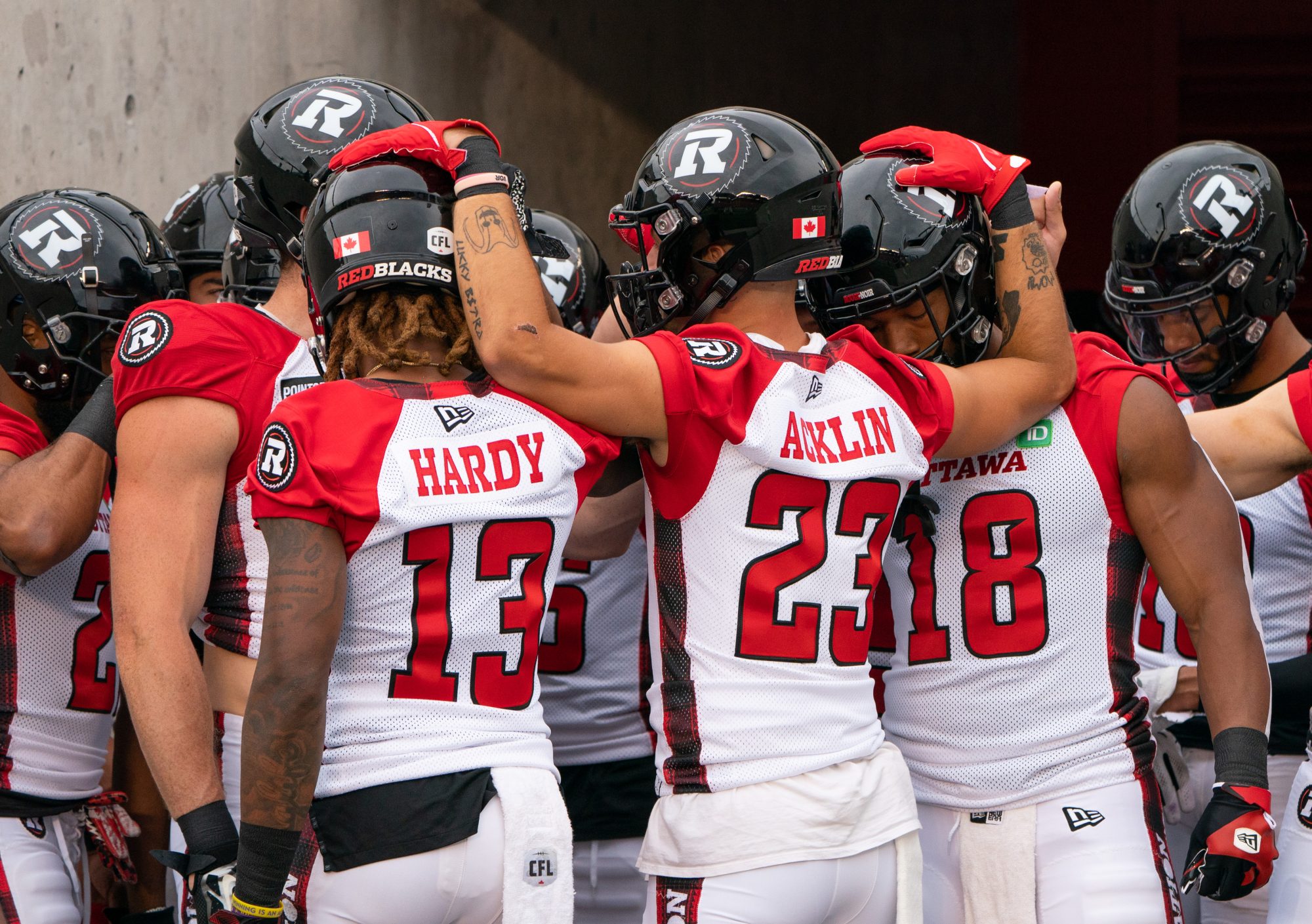 REDBLACKS’ Acklin reaches 1,000 receiving yards with his own personal flair

Marching to the beat of his own drum, REDBLACKS receiver Jaelon Acklin surpassed the 1,000-yard receiving mark for the first time in his young CFL career, in Week 14 against the Toronto Argonauts. The self-described “baller” has been one of the favourite targets for REDBLACKS’ quarterbacks, no matter who has been under centre, and since signing in the nation’s capital, Acklin has sprouted into one of the CFL’s superstar receivers.

“It feels good, but I would like to have a lot more wins,” Acklin said. “It’s something that you put on your checklist before the game, so it’s nice to do that, but as long as I’m helping the team win and doing my part, I feel okay about it. I’d rather have more wins, though.”

Although this is the first time Acklin has really been able to put his stamp on an offence in a big way, he has always carried himself with confidence, and has never been afraid to tell anyone about it.

Acklin’s confidence shouldn’t be confused with arrogance, however. He believes in what he does every day, and thinks he can beat anyone in the league, but he shifts much of the credit to his teammates for making him comfortable in his new digs.

“It’s easy when everyone in the locker room is good people,” Acklin said. “I just have to control what I can control, and I know that [the circumstances] suck, but I have to wake up and be the best that I can be.”

One of those teammates that Acklin looks up to is his quarterback, Jeremiah Masoli, who was injured early in the season. The two stars formed a bond in Hamilton, and ever since, have grown to be more like brothers than teammates, and Acklin says that he is trying to pick up the slack in Masoli’s absence. Whenever Masoli makes an appearance at practice, Acklin makes an effort to involve the veteran pivot, and lift everyone’s spirit.

“Jeremiah is always the first one in, and the last one out, so I try to emulate him the best that I can,” Acklin said.

It has only taken 12 games for Acklin to reach 1,000 yards (more than 300 yards better than his previous career-high, a mark he set in 2019 with 708 yards), and he has done it his own way. He does things not many else would even think of, like picking the number 23 (a number that he says Nate Behar loves to hate), looking to get the opposing fans upset with him, and coming up with the perfect chirp to throw his opponent off his game.

This is nothing new for the Mountain View, Missouri native, who says that annoying people is just one of the things that he loves to do.

“I have a knack for finding what gets on people’s nerves,” Acklin claimed with pride. “You can ask my Mom, I always do it to her. I’ll figure out something that gets on her nerves, and I’ll just do it over and over again.”

Try as they may, no opponent is going to leave a bigger impact on Acklin with their words than the REDBLACKS’ losses have, this season. After making back-to-back trips to the Grey Cup with the Tiger-Cats, Acklin admits that he’s not used to losing, and that 2022 has been one of the hardest seasons of football he has ever experienced.

At 3-9, the REDBLACKS aren’t yet out of the playoff race, and having won two of their past three games, Acklin knows that the talent in the locker room is there, it’s just about putting everything together and finishing with the win.

“That’s the frustrating part. We’re good enough to win, we’re just not winning,” Acklin said. “We’re running out of time to find a way to start executing, but we have to quit making excuses, too. We have to start winning at home. We need to draw a line in the sand, and say we’re not going to lose anymore.”

The REDBLACKS have their chance to rebound this week against the Argonauts, one of Acklin’s most hated opponents. The stakes are undoubtedly high, and that hatred is driving Acklin to put on a show.

“We have to beat Toronto, and I’ll be the first one to say that I hate Toronto,” Acklin said. “When we lost to them last week at our place, I was heated. We have to beat them.”

No matter how the season ends for the team, on a personal level, it has been an outstanding season for Acklin. No stranger to tattoos, he says he may celebrate the milestone with some fresh ink at the end of the campaign.

“I’d have to draw something up, but that’s a really good idea,” Acklin said “I’ll put ‘1K’ somewhere.”