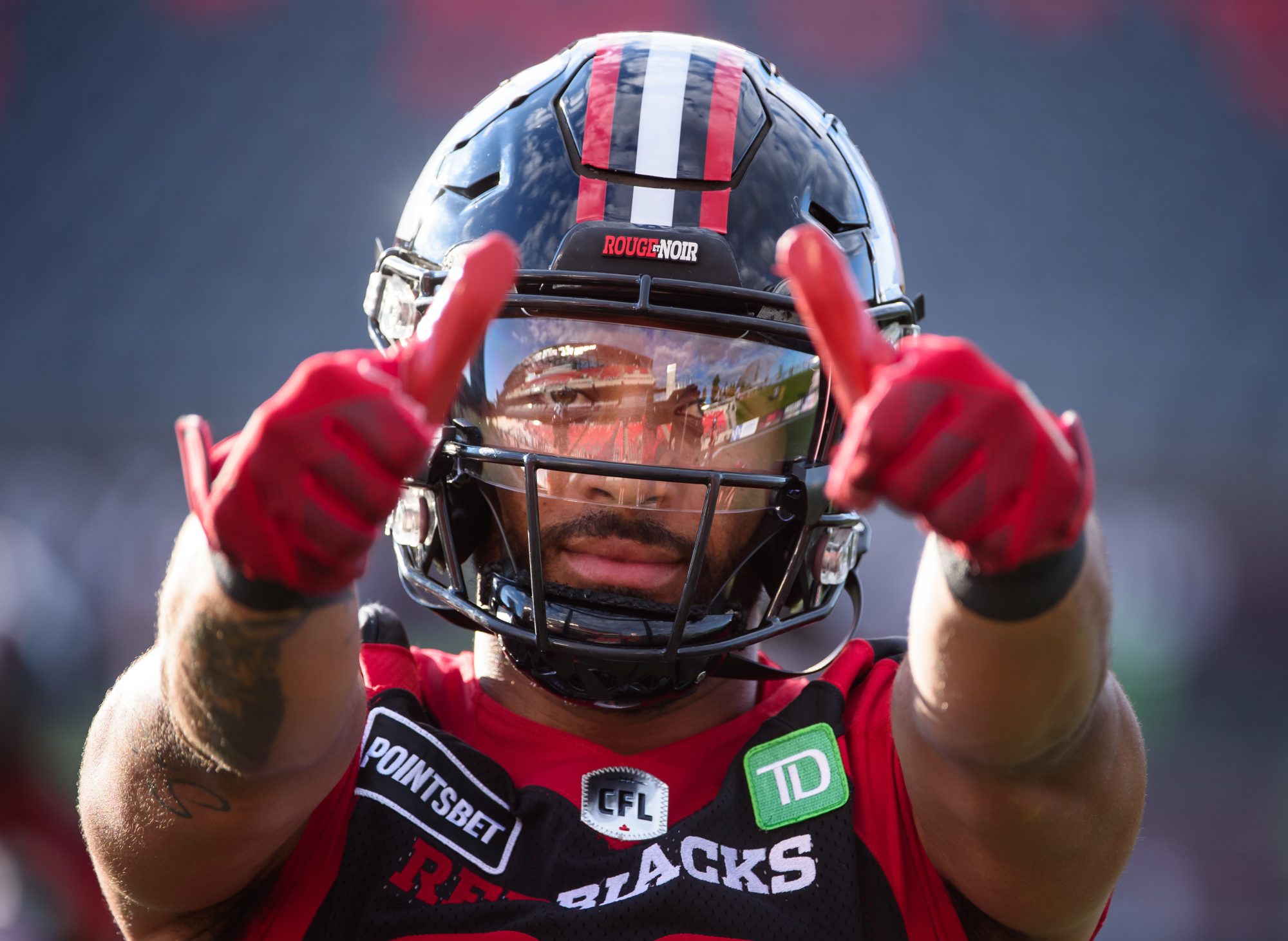 Nate Behar’s CFL career has been anything but straightforward. Whether it has been a contract holdout after being drafted fifth overall by the Edmonton Elks in the 2017 CFL Draft, waiting until right before the start of training camp in 2021 to get a new contract in Ottawa, or spending a trio of seasons with the REDBLACKS looking to turn things around, it hasn’t been easy.

Through all of the challenges, all of the doubt, and all of the uncertainty, Behar has flourished, developing into a legitimate option for the REDBLACKS at receiver, and while holding a Canadian passport, the Carleton Ravens alum has become a dream, helping with the ratio.

“When we signed him, he was a bartender at Joey’s,” Head Coach Paul LaPolice joked. “I didn’t know anything about him. As I started seeing him, I thought he was pretty good. I remember pulling him aside one day and telling him he has the tools, and that he can play in this league.”

Now in his fifth CFL season, it’s difficult to believe that it wasn’t until the REDBLACKS’ 25-18 win over the Elks in week 12 that Behar recorded his first-ever 100-yard receiving game, but that’s the truth. He has previously come painfully close, but with 101 yards in the win, he finally got there.

“It’s great to get that [milestone] ticked off, and for it to come in a win is like a double-whammy,” Behar said.

On the field, Behar has been a beacon of light for the REDBLACKS, but his biggest impact on the franchise, as well as the fanbase and the city as a whole, has come off the field. Behar was named one of the team’s captains before the season, and it’s very rare that he won’t be able to inspire you with some words of wisdom when you are in need. He radiates positive energy, and it doesn’t go unnoticed by his teammates or his coaches.

“He’s just a guy who will ask questions in meetings, and guys just enjoy being around him,” LaPolice said. “He’s a good pro, he’s competitive, and he’s tough as nails.”

“Every day is a new day,” Behar said. “Even sometimes when you have to fake that positive energy, guys are coming out here, making some noise, and getting themselves going, so we’re in a good spot. I’m confident with where we are at, and we just have to stack it.”

It was never a given that Behar would get to this point in his career. He was a man coming to Ottawa looking for a second chance after things didn’t work out immediately, and before a breakout season in 2021, Behar went the entire offseason without a contract, before getting a deal and hitting the field. He beat the odds, but what no one sees is the work behind the scenes that it took to get there.

“I’d like to say that it’s a lot of hard work, and then maybe a little bit of luck,” Behar said with a smile. “I tease LaPolice because I’m not his prototypical receiver for the position I play in his offence, I’m not the converted tailback like he has had with Nic Demski or Anthony Coombs, but I think over the year and a half we have worked together, the trust has grown. I think there’s faith that I’m going to be in the film room and stuff like that, and get on the same page with the quarterback, and that has been a big one for me.”

You could compare Behar to the flower that grows in the concrete. The conditions were far from perfect, but through resilience and sheer willpower, he sprouted into something beautiful. Behar sees that in not only himself, but this REDBLACKS team, who despite a difficult first half of the season, is still optimistic about the second half.

“There’s definitely optimism,” Behar said. “I think there needs to be, it’s kind of a weird game to play with apathy in your brain. It’s definitely exciting, and as we know, we have that big East Division stretch. We have played all of them, and we have either won, or we have lost by less than a single score, so we know that there is no doubt about the competition level here, and we can do it. It’s literally just going out and doing it.”