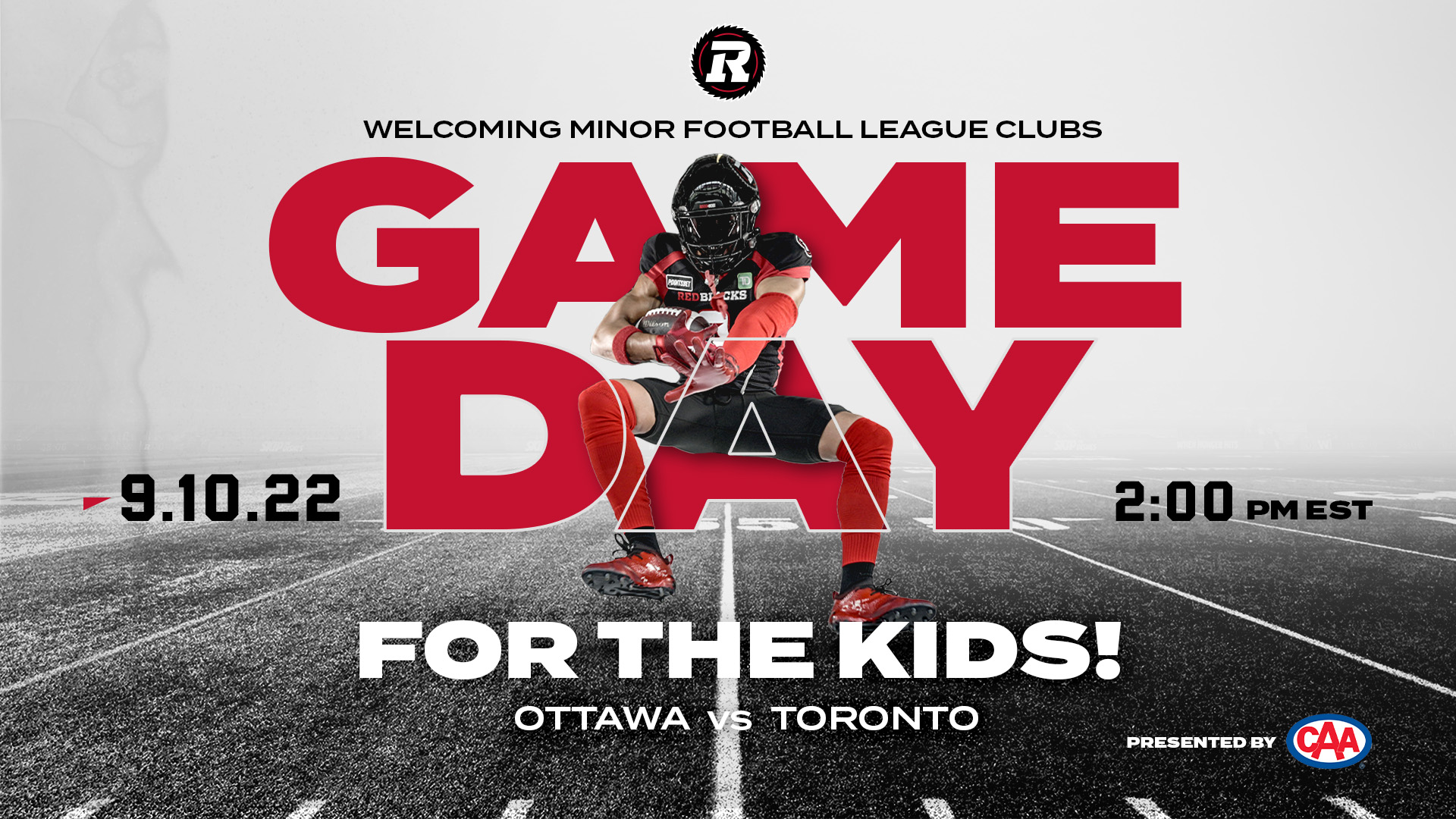 In search of their third straight victory, the Ottawa REDBLACKS return to TD Place on Saturday afternoon, with the East Division-leading Toronto Argonauts in town for a 2:00 pm kickoff.

When the action gets underway, the REDBLACKS will be looking to build off of back-to-back road victories that have propelled them back into the playoff race. Last week, in a visit to the Montreal Alouettes, Ottawa played what may have been their most complete game of the year; with offence, defence, and special teams contributing to a 38-24 win.

A pair of fumble recoveries — one returned by Davon Coleman for an early touchdown — and two interceptions gave Nick Arbuckle all kinds of breathing room, as he threw for 313 yards, and a touchdown to Darvin Adams, with Caleb Evans running another across late. Jaelon Acklin’s career-high 159 receiving yards kept the REDBLACKS in favourable field position all night, en route to a decisive divisional win.

The REDBLACKS also get a boost on the back end, today, with the return of defensive back Brandin Dandridge, after a stint with the Kansas City Chiefs. The 26-year-old recorded 12 tackles and four interceptions, in 2021.

It’s a short week for the Argos, who were in action for their annual Labour Day matchup with the Hamilton Tiger-Cats, Monday. McLeod Bethel-Thompson threw for 298 yards, and a pair of touchdowns to Brandon Banks (who also notched a rushing major), and Markeith Ambles, respectively. Defensively, Jamal Peters stayed on his current hot streak, with two interceptions.

Nick Arbuckle, quarterback, on improving from game to game: “It’s one thing to understand the offence and how it looks like on paper when we draw it up. But then it’s another thing seeing the timing, and how it plays out in the field. The more reps we get, the more practice time we have, the more opportunities we’re going to have to improve on that stuff. When you’re making your second or third read, you’re trying to find guys (open) and that stuff comes with experience and reps and understanding how they’re running the plays.”

DeVonte Dedmon, receiver/kick returner, on his return to TD Place: ”We’ve just got to bring the excitement. The last two weeks have just been crazy energy and positive vibes. I’m excited to be back in front of the fans, but it’s a team game. Like we say, it’s going 1-0 each week. Just try to keep it going.”

Jaelon Acklin, receiver, on the team’s ambitions going forward: “We just want to win, as cheesy as that sounds. We’ve seen in the past two weeks we can finish football games. What hurt us early in the season is we made critical mistakes and we found ways to lose. It’s about making the playoffs, getting to the Grey Cup, and winning. That’s really it.”