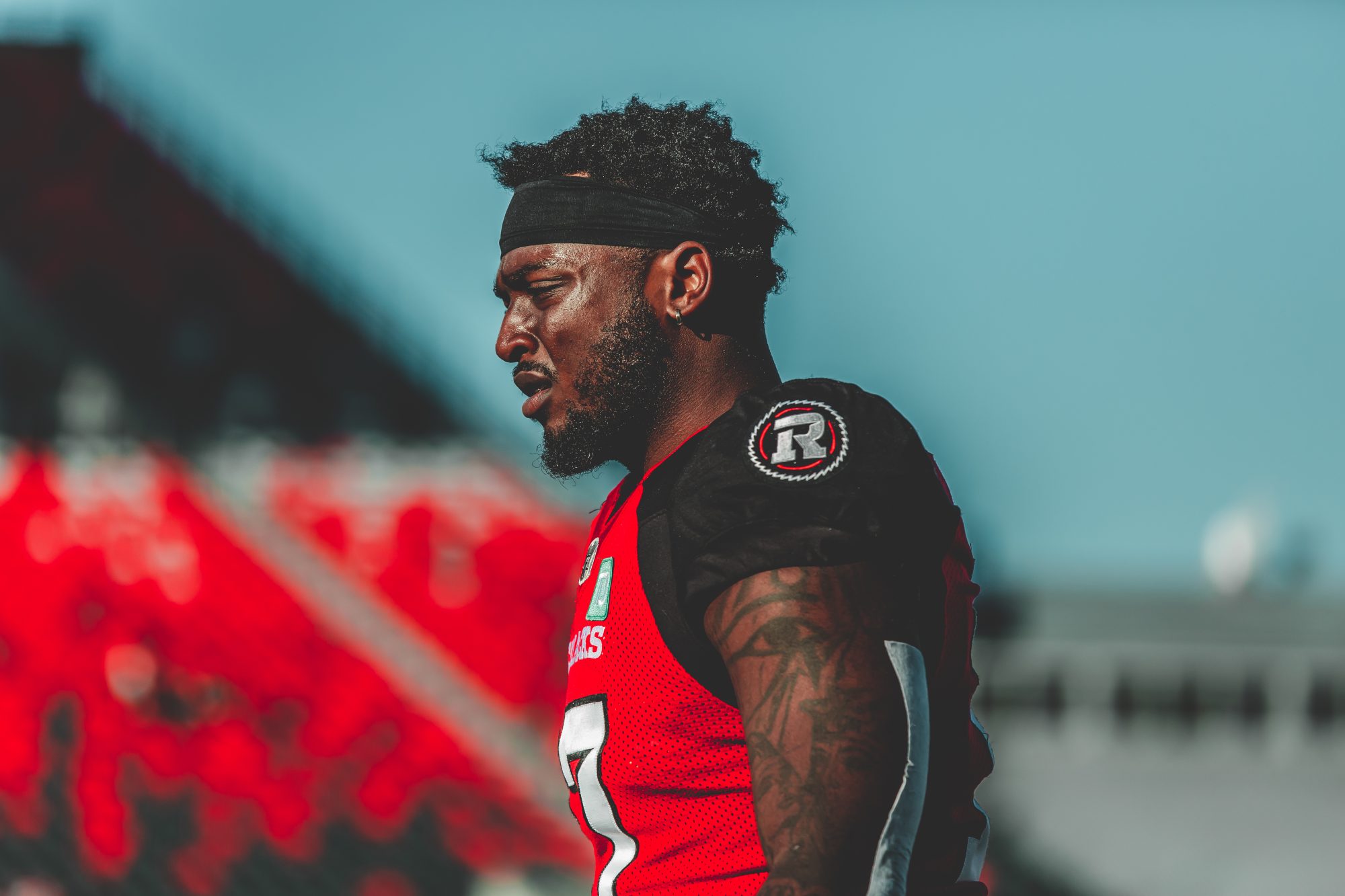 There are few plays in football more electric than the kick return touchdown, and during the 2021 season, there was no one better at it than REDBLACKS’ return man, DeVonte Dedmon.

None of the kick returners in the Canadian Football League returned more than one kick for a touchdown between punts and kickoffs, except for one; Dedmon, who had three. Already, the 26-year-old from Williamsburg, Virginia has some lofty achievements, including becoming the fastest player in CFL history to record five return touchdowns in his career, and the John Agro Special Teams Award for the Most Outstanding Special Teams Player in 2021, the same season he was named a CFL All-Star.

After spending training camp with the NFL’s Miami Dolphins, Dedmon is back in the Nation’s capital, and is filled with emotions thinking about his return, when fans fill the stands at TD Place on Saturday afternoon.

“I’m very excited,” Dedmon said happily. “There’s a lot of energy coming into it, I just have to stay focused and play ball.”

“Hearing that energy gives me the confidence that everybody has faith in me. Like we say every day, we just do our job, and the special teams unit around me always makes me look good, so I just have to read the hole and burst through it. They do the hard part.”

Dedmon’s return to Ottawa has electrified both the fans in the city, and the players in the locker room. Since his return, the REDBLACKS have won back-to-back games, taking down the Edmonton Elks and the Montreal Alouettes, both away from TD Place. There’s a myriad of reasons for the pair of recent wins, but the coaching staff now undoubtedly has another threatening option at their disposal.

“It’s obviously fantastic to have Dedmon back,” said REDBLACKS’ Special Teams Coordinator, Bob Dyce. “Guys like that are elite players. His personality is outstanding, so he brings a lift in that regard, he’s so positive all the time.”

But it hasn’t played out quite as expected so far for Dedmon and the REDBLACKS. That’s not because of anything Dedmon himself has done wrong, but rather because no one is kicking the ball to him. Teams have opted to kick short, giving the REDBLACKS great field position instead of risking a big return. It’s a decision that Dyce is questioning, wondering why everyone is so afraid of his kick returner.

“That’s a great question, and I have been sitting there trying to figure that out myself, because it’s certainly not how I coach,” Dyce said. “We don’t care whose back there, it could be Devin Hester, we believe in what we are doing and we believe in our guys being able to cover. I can’t speak for these other coordinators, but to me, it seems like they are playing a little scared, to be honest. I don’t have to respect it, but I have to scheme against it.”

“It will come at some point,” Dyce said hopefully. “At the end of the day, it’s our job to make sure that we’re successful working against the scheme, wherever they kick it. That’s our point of focus this week. If that’s what they are going to do, then we have to have certain answers that will stop them from doing that.”

The lack of kicks being directed his way has come as a surprise to Dedmon, however. Some pundits theorize that it’s a sign of respect from opposing coaches, but all he wants is a chance to see the ball hit his hands, and have a chance to get the crowd on their feet.

“Everybody is saying it’s a respect thing, but for me, I just want to play ball,” Dedmon said. “I gotta get it out of my head, because it’s a team game. Coach Dyce puts me in a great situation, so if they kick it to me, [great], if they don’t, that’s it.”

Dyce knows that being patient is the only thing he, Dedmon, and the REDBLACKS as a whole can do, but he has faith that the William & Mary Tribe alum will make an impact on the game, whether the ball is kicked his way or not.

“We can’t force them to kick to Dedmon if there are two guys back there, so we’re just being patient. Over time, things will straighten out. It’s very challenging for him, but he has a great mindset, and if he needs to be a blocker at certain times, he’s more than willing to do that. That’s the type of guy he is, and that’s why I have all kinds of respect for the kid,” Dyce expressed.

Now standing at 3-8, the REDBLACKS are right back in the mix in the East Division. With their next two games coming against the Division-leading Toronto Argonauts, Ottawa has a chance to change the course of their season, and no matter who they kick the ball to, Dedmon is focusing on what he can do to help his team this week.

“We just want to go 1-0 each week,” Dedmon said. “That’s all we’re looking forward to. We’re not really worried about the standings, we just want to focus on this week [against the Argonauts] alone.”

There has been no panic in the group all season long, but having won the past two games, the trust in the group has only grown deeper in the locker room, and the belief is now very much alive.

“There has always been a belief,” Dedmon said. “Everybody has always had faith in this locker room. There’s no quit, everybody believes in each other, and we trying to get better.”

Perhaps this week, however, is the week where someone kicks the ball Dedmon’s direction.