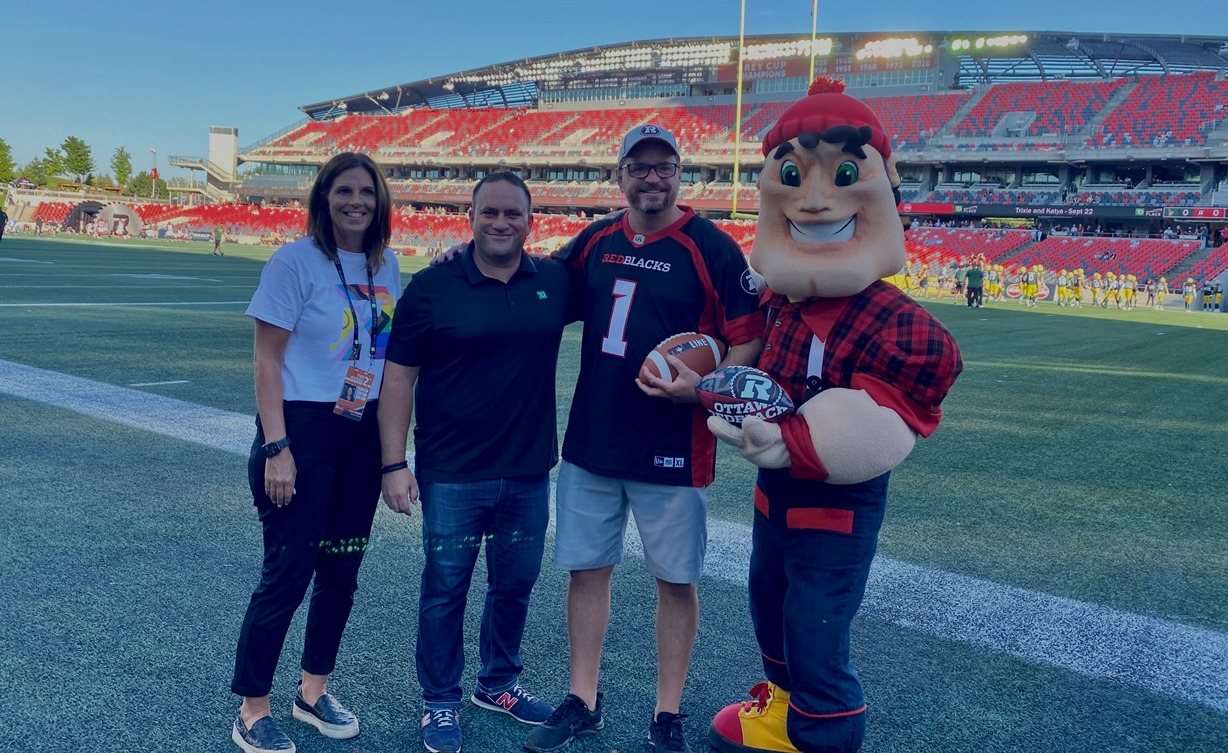 Everyone makes a lucky guess from time to time, but it’s not very often that doing so causes a ripple effect, making their community a better place in the process.

On June 17, 2022, when the Ottawa REDBLACKS hosted the Winnipeg Blue Bombers in their highly anticipated home opener, longtime REDBLACKS partner and fan TD Bank were front and centre, providing RNation with an immersive and entertaining experience to get into the game, with a chance to win an exciting REDBLACKS prize pack.

Inspired by the classic childhood experience of trying to guess how many jellybeans are in a jar, TD brought a custom-built plexiglass cabin to the game, filled to the brim with footballs. On the other side was a photo booth, where REDBLACKS fans could get a one-of-a-kind memento from the 2022 home opener. Each fan who joined in on the fun got to place a guess on how many footballs were in the cabin, earning a chance at a sweepstakes prize.

Despite hundreds of guesses, there was one winner. Doug Watson’s guess of 258 footballs was, in fact, spot on.

In the weeks that followed, TD — in collaboration with the OSEG Foundation — helped to donate all 258 footballs to youth groups, and underserved sports programs across the National Capital Region. This generous donation provides more than just footballs to play with; but also, a chance for youth in the Ottawa-Gatineau area to develop life skills, live active and healthy lifestyles, and make lifelong friends, all through the love of sports that is shared by everyone at TD Place.

For Watson, though, making a positive impact on his community wasn’t the only reward for his remarkable guess. On August 19, with the REDBLACKS hosting the Edmonton Elks, Watson and guests of his choosing were rewarded with an unforgettable experience.

Upon arriving at the stadium, Watson and his guests were thanked by Maher Markabi, Vice President, National Capital Region, TD Commercial Banking, and Janice Barresi, Executive Director, OSEG Foundation to collect a prize pack and share an unforgettable sideline experience in the TD Zone.

During the game, Watson and his guests were recognized on the in-stadium video board, where his impact on the community was recognized, and met by a thunderous ovation from the nearly 20,000 members of RNation in attendance at TD Place.

It may have been just a “lucky guess”, but Watson has had a major impact on youth in the Ottawa-Gatineau community, thanks to the generous support of TD Bank, and the OSEG Foundation. 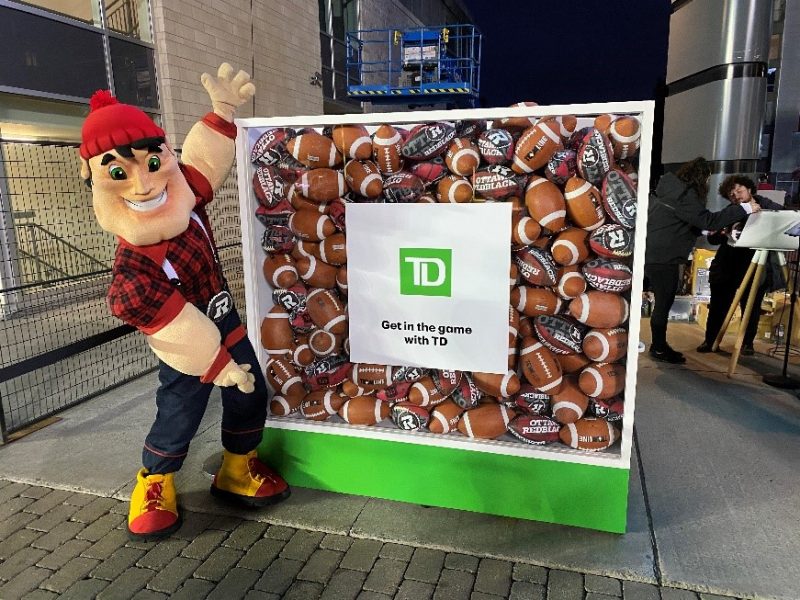 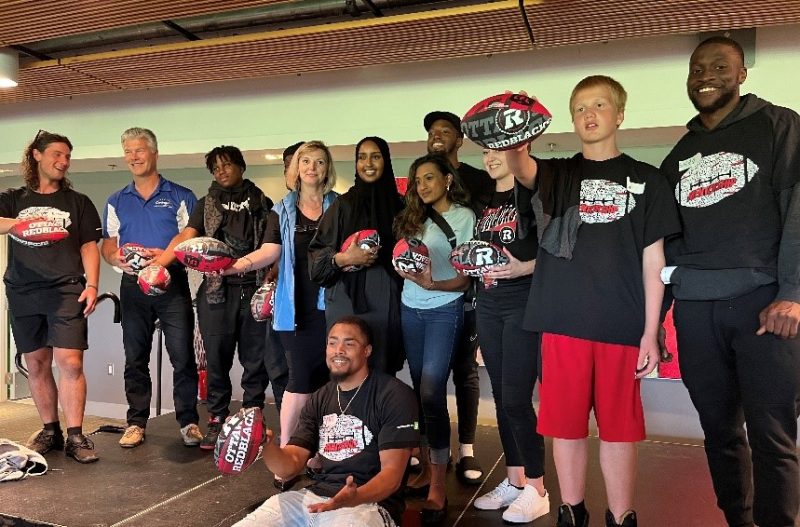