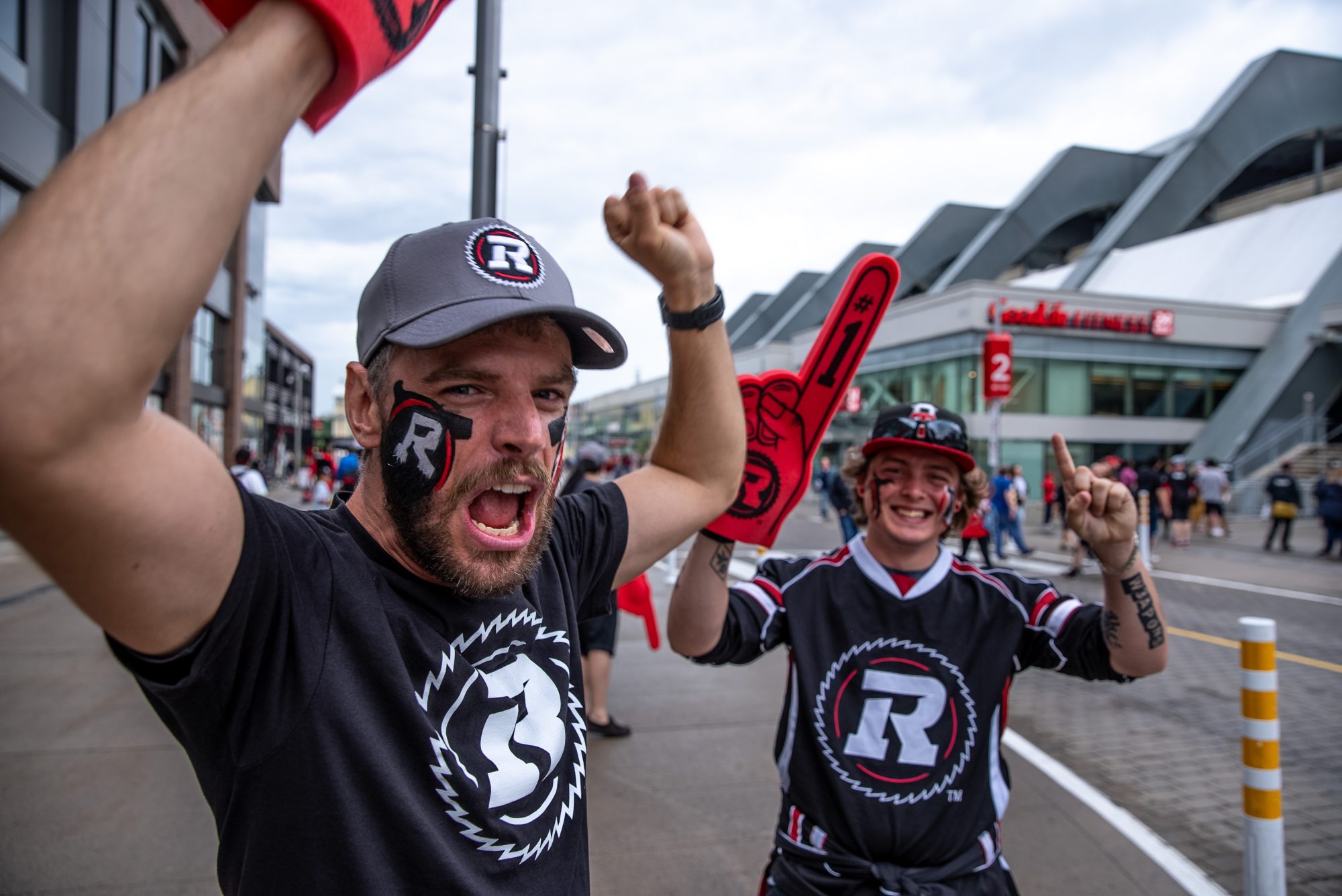 Hey, RNation! It’s time to enjoy a blast from the past, Friday, August 5th at 7:30 pm as your Ottawa REDBLACKS battle the Calgary Stampeders for Legacy Night at The Stadium!

Relive the nostalgia and join members of the 2016 Grey Cup Championship Team in cheering on a new generation of REDBLACKS.

You guessed it… cheap tickets are back again
You should really get used to this because it’s still a thing: tickets continue to start as low as $25 because we want you there.

$5 Beer
Enjoy football and summer with cold $5 Budweisers (355ml) until kickoff at the Corona Bar at Gate 1 and King Club.

Live Music
It wouldn’t be a REDBLACKS game without live entertainment so head down to Gate 1 to enjoy some live music performed by Highway Sunrise before the game and during halftime.

Wall of Honour Presentation
We will be honouring two Ottawa Rough Riders legends at halftime: Kenny Lehmann and Jerry “Soupy” Campbell. Lehmann was a CFL All-Star from 1965-1969 and was part of two Grey Cup championship teams in 1968 and 1969. After joining the Rough Riders from Calgary during the 1968 season, Soupy went on to win his first of three Grey Cups with Ottawa that season. He would win his second the following year before enshrining his name on the Grey Cup for a third time in 1973.

WOW Item of the Game is still here
Be sure to come and get your hands on the WOW Item of the Game while you’re cheering on your favourite team. The ‘one-pound hotdog burnt ends served with whiskey BBQ sauce, fried onions and fresh cilantro’ are sure to make you smile in your seat!