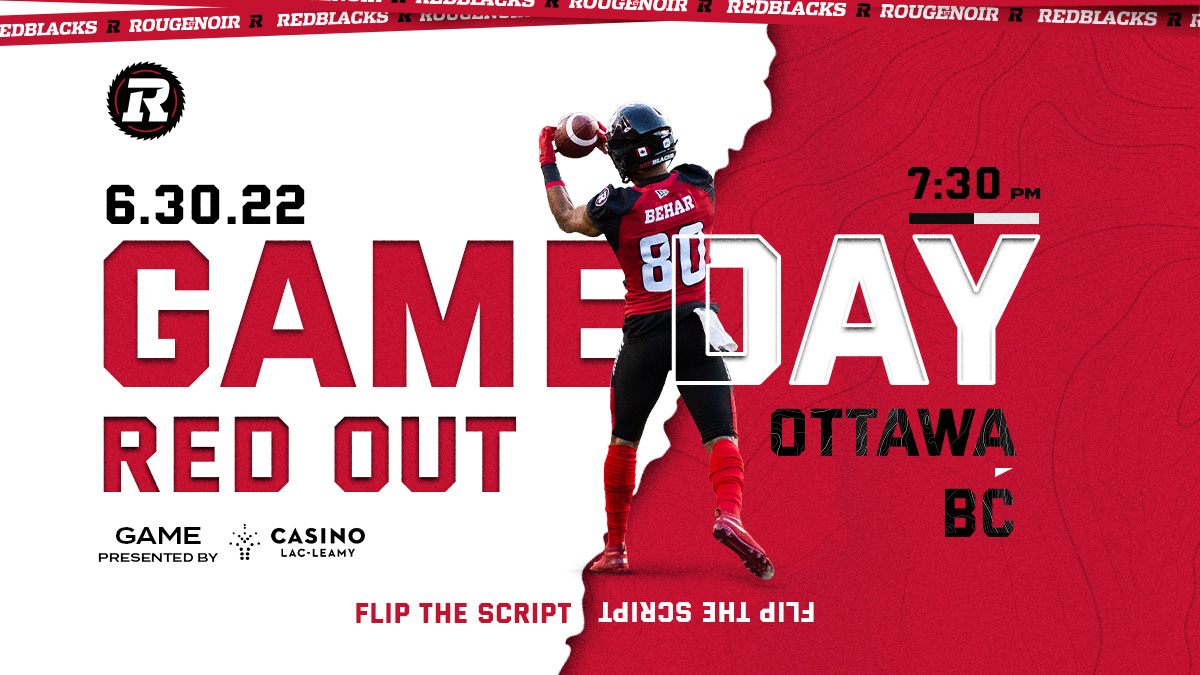 In front of what is sure to be a sea of red under the lights at TD Place, tonight, the Ottawa REDBLACKS are looking to crack the win column for the first time in 2022, with the red-hot BC Lions in town.

With the REDBLACKS celebrating Canada Day, and donning their red uniforms for a night of festivities on Bank Street, RNation can expect even more of a party than usual when the action kicks at 7:30pm ET.

Ottawa is back in action after their first bye week of the season, following a hard-fought 19-12 defeat in their home opener, against the Winnipeg Blue Bombers. Quarterback Jeremiah Masoli threw for 331 yards, with Monshadrik “Money” Hunter nabbing an interception, and Lewis Ward converting on a trio of field goals.

The Lions are rolling, of late, most recently routing the Toronto Argonauts by a score of 44-3, Saturday. Upstart Canadian quarterback Nathan Rourke turned in a historic performance; completing 86.7% of his passes for 436 yards, and four touchdowns. Receiver Dominique Rhymes led the way through the air, hauling in all eight targets for 143 yards, and a pair of scores.

Nate Behar, receiver, on the importance of a vocal crowd, tonight: “Especially as a receiver, you kind of feed off that. You get to celebrate when you make plays.”

Sherrod Baltimore, defensive back, on the atmosphere he expects at TD Place: “It reminds me of the Fourth of July. Everyone is going to be outside, happy, and ready to see a show and some fireworks.”

Mike Benevides, defensive coordinator, on the task posed by the sizzling Lions offence: “They’re playing extremely well with a lot of confidence. It’s a tremendous challenge that our players are really excited about because, right now, they’re the biggest story in the league.”