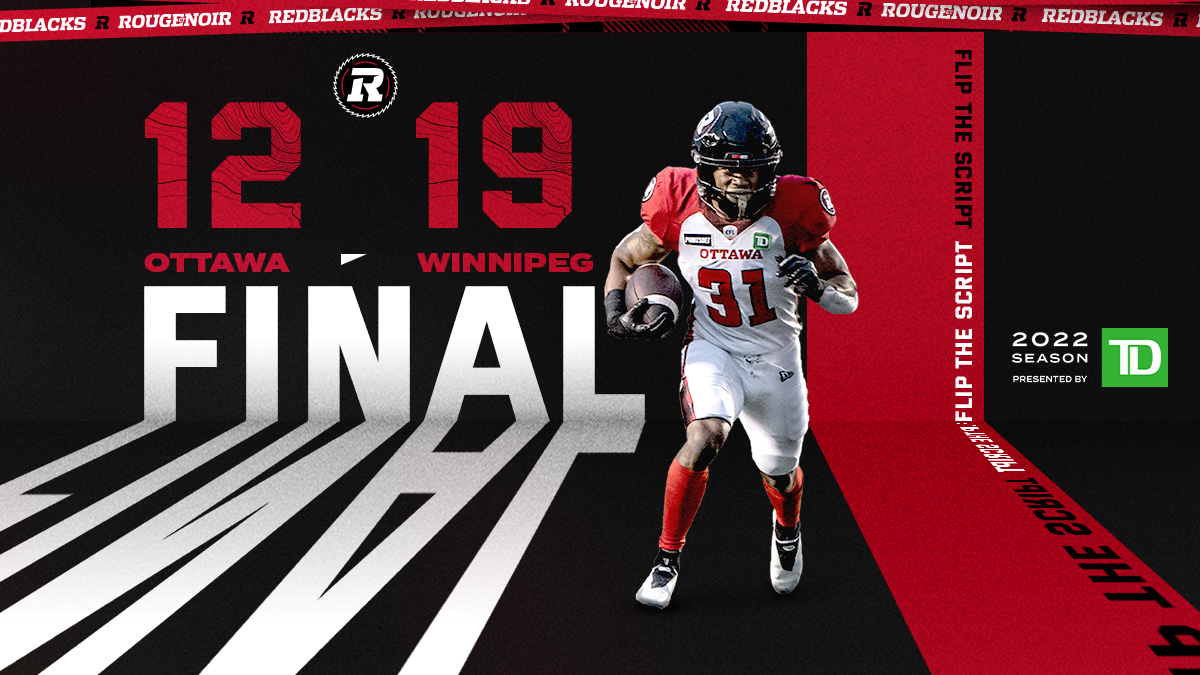 The Ottawa REDBLACKS once again came close to taking down the Winnipeg Blue Bombers, in their 2022 home opener, but a late score dealt them a second straight heartbreaking defeat.

Jeremiah Masoli threw for 331 yards, and Lewis Ward connected on three field goals while the defence held firm, but the REDBLACKS found themselves on the wrong end of a 19-12 score, when all was said and done.

Ottawa came roaring out of the gate, with an eight-play drive that led to a 27-yard field goal by Ward.

A Marc Liegghio punt through the endzone made it a 3-1 game, but on the next offensive play for Ottawa, Masoli connected with Darvin Adams down the field for a 48-yard reception. Ward capped it off with a 37-yarder, and gave the REDBLACKS a five-point lead.

Winnipeg’s attempt to get back into the game was snuffed out by a Money Hunter interception, and another extended Ottawa drive ended in three points.

The Bombers got into the endzone at the end of the half, thanks to a 13-yard touchdown grab by Ellingson, and they opened the second half with a field goal of their own, and another soon after gave them a 13-9 advantage.

Ward tacked on another to narrow the gap to one, but a late touchdown catch by Dalton Schoen made it 19-12 in favour of Winnipeg.

The REDBLACKS feverishly tried to pull even in the dying moments, but came up just short, and dropped a narrow decision at home.

UP NEXT: The REDBLACKS enjoy a well-deserved bye week.