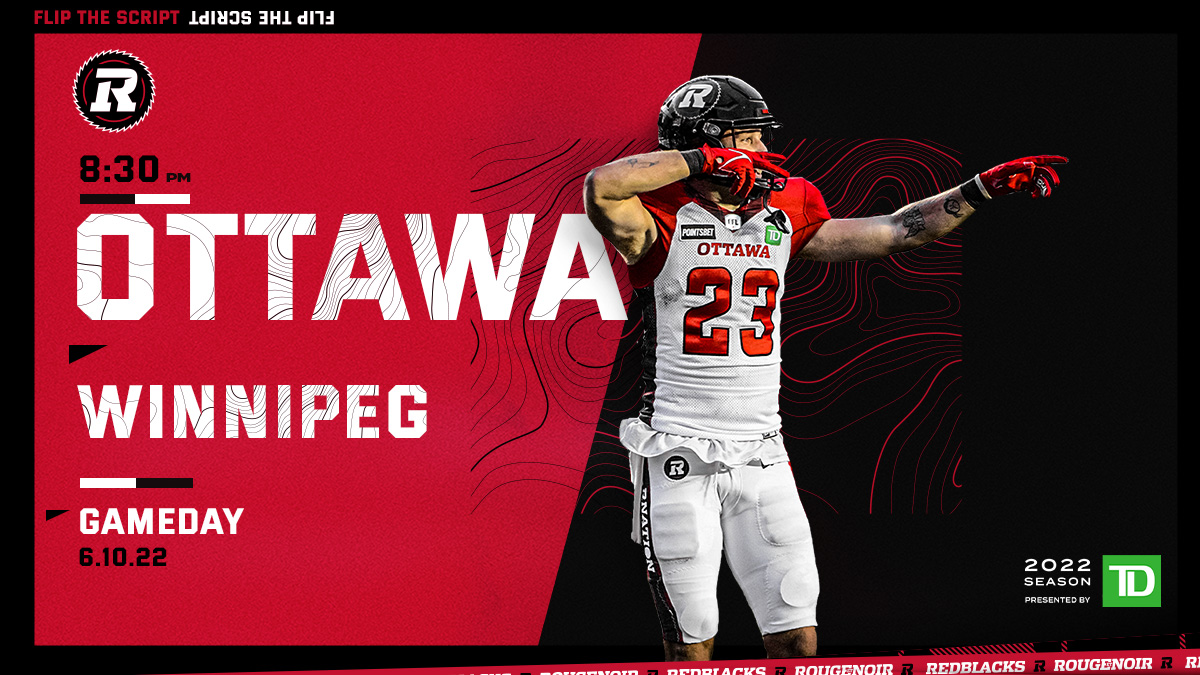 The day is finally upon us. Following an offseason that has built up a fever pitch of excitement in the nation’s capital, the Ottawa REDBLACKS are set to open the 2022 CFL season, and face a strong test out of the gate, against the two-time defending Grey Cup Champion, Winnipeg Blue Bombers.

Kickoff from IG Field is set for 8:30pm ET, and RNation can catch all the action live on TSN and RDS. A.J. Jakubec and Jeff Avery have the call on TSN 1200.

Upfront, the REDBLACKS will be led by new quarterback, and marquee free agent acquisition, Jeremiah Masoli. The 33 year-old former CFL All-Star previously spent eight seasons with the Hamilton Tiger-Cats, throwing for 15,555 yards, and 80 touchdowns. He will be bolstered by former Ti-Cats receiver Jaelon Acklin, who hauled in 50 receptions for 678 yards and four touchdowns, last season, as well as former Blue Bomber Darvin Adams, who caught the game-winning touchdown in the 108th Grey Cup.

Defensively, Ottawa is bolstered by returning All-Star linebacker Avery Williams, as well as newcomer Patrick Levels. In the backfield the likes of Abdul Kanneh, and Sherrod Baltimore have gained reinforcements in Monshadrik “Money” Hunter, while Praise Martin-Oguike, Davon Coleman, Cleyon Laing, and Lorenzo Mauldin IV get after the quarterback.

Winnipeg will be led by the reigning Most Outstanding Player, quarterback Zach Collaros, and defensive standouts in defensive lineman Willie Jefferson, and linebacker Adam Bighill.

Jeremiah Masoli, quarterback, on the team’s attitude heading into the 2022 season: “We’re doing a great job, guys are coming together, guys are talking. There’s no huge egos in the locker room. Everybody just wants to win.

Avery Williams, linebacker, on the team dynamic through training camp:  “There’s just so much leadership, and so much competitiveness. It’s not even just the people that are on the field, it’s on the sideline too. It keeps everybody on their toes and they stay talking, they communicate. It’s exciting to see.”