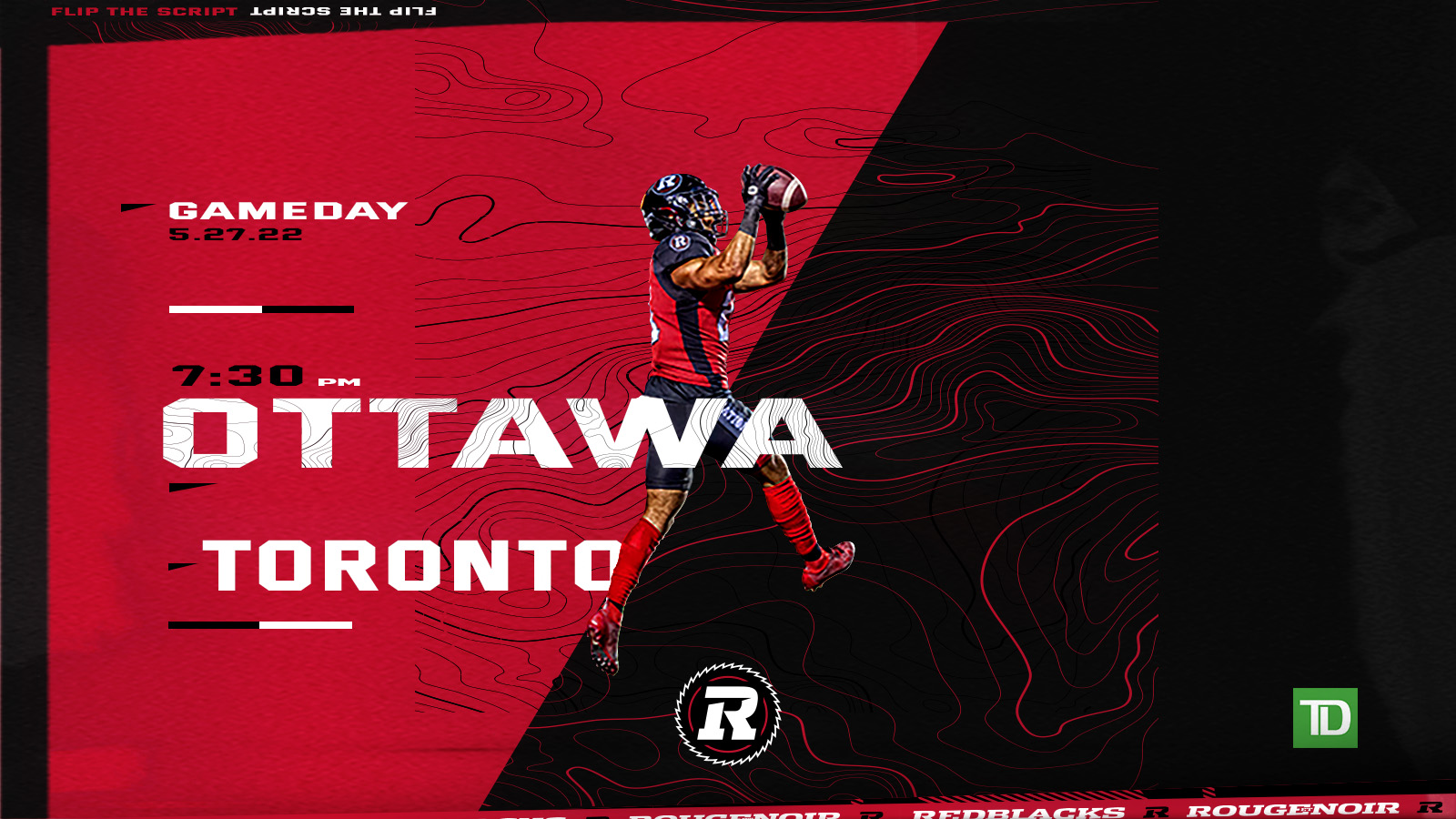 After an offseason that has given way to a sense of promise and renewal, the Ottawa REDBLACKS are set to kick off the road to the 2022 CFL season, with their preseason opener.

Tonight, under the lights at TD Place, the REDBLACKS play host to the Toronto Argonauts, in the first of two preseason games. Kickoff is set for 7:30pm ET, and RNation can watch live on TSN, or listen to AJ Jakubec and Jeff Avery call the action on TSN 1200.

There will be plenty of new faces in the lineup for Ottawa, tonight, following a free agency period that saw the arrival of numerous marquee players, signing on to don the red and black. At quarterback, Ottawa will be led by former MOP Jeremiah Masoli, who suits up with his star former Ti-Cats teammate, wide receiver Jaelon Acklin. The REDBLACKS also feature a bolstered offensive line, highlighted by five new starters.

On defence, stalwarts in linebacker Avery Williams, and defensive backs Sherrod Baltimore, and Abdul Kanneh are back with the REDBLACKS, rejoining Ottawa original Antoine Pruneau. They’ve gained reinforcement, though, in the likes of Patrick Levels, Monshadrik “Money” Hunter, and Trumaine Washington. Up front, Cleyon Laing returns to lead the defensive line, along with rising stars Praise Martin-Oguike, and Davon Coleman.

The Argos rode a 9-5 record to a first-place finish in the East Division, last season. Quarterback McLeod Bethel-Thompson ended the season as Toronto’s MOP, and receiver Kurleigh Gittens Jr. as the Most Outstanding Canadian.

Following a successful season, the Argos found themselves on the wrong end of the East Final, falling to the Ti-Cats.

Paul LaPolice, head coach, on the coaching staff’s approach to the preseason: “Just to start evaluating some of these players, and see how they perform and what they can do from a team standpoint. Just really evaluate guys.”

Jeremiah Masoli, quarterback, on his first preseason game with the REDBLACKS: “We’re definitely ready to actually play. The defence is ready to hit, and we’re ready to put some points up.”