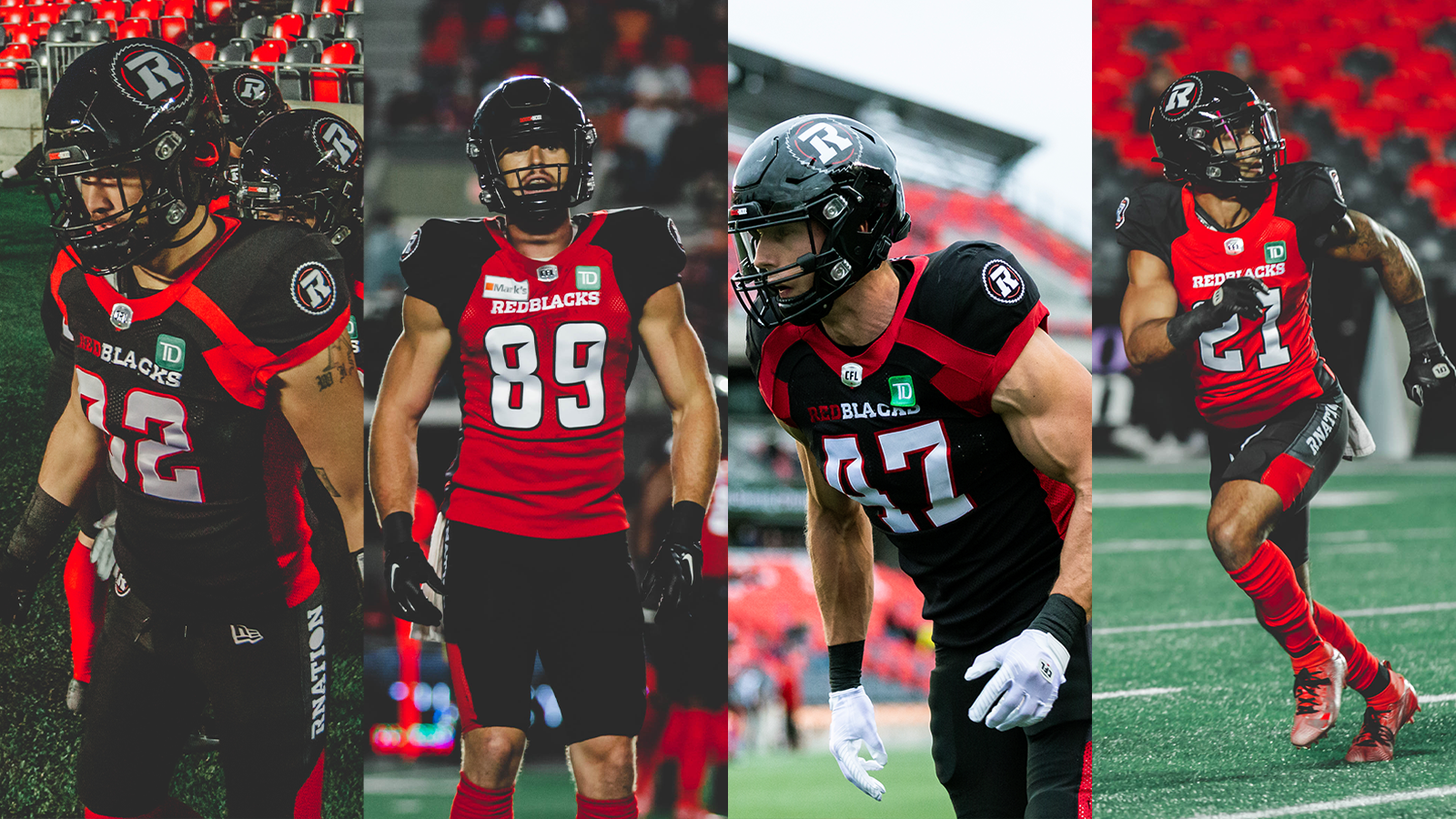 For a Canadian football player, every CFL Draft Day experience is a little different.

But like any potentially life-changing experience, there is one common factor.

Emotion. Lots of emotion. Stress, elation, impatience. A player on the cusp of becoming a professional athlete will likely feel some – if not all – of those feelings.

“The moment itself, finally getting that call and seeing your name on the board, being surrounded by so much love from your family and friends in such a special moment in your life, that’s what stands out to me,” said defensive back Justin Howell, a former Carleton Ravens star chosen by the REDBLACKS in the 7th round, 55th overall, in 2018. 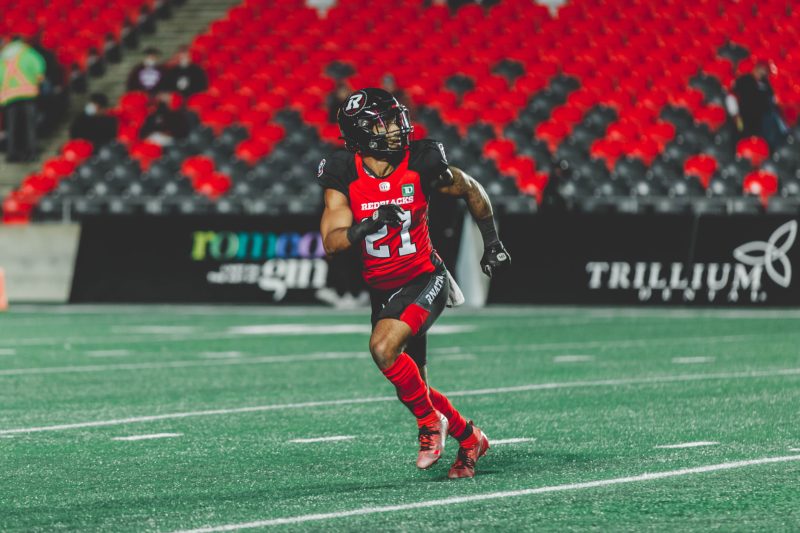 Alex Mateas, Ottawa’s only first-overall draft pick to date, vividly recalls the experience of being selected before anyone else in 2015, the year the REDBLACKS would reach the Grey Cup game for the first time.

“It hits you that, after speaking to some of the CFL teams, you’re officially moving onto playing professionally,” said the now retired offensive lineman.

Linebacker Adam Auclair, while recalling the support he had from family and friends, also remembers the anxiety leading up to being selected sixth overall by Ottawa in 2020.

“There were a lot of nerves before I got picked and I’m not usually someone who gets stressed, even before games,” said Auclair, who was selected out of Laval. 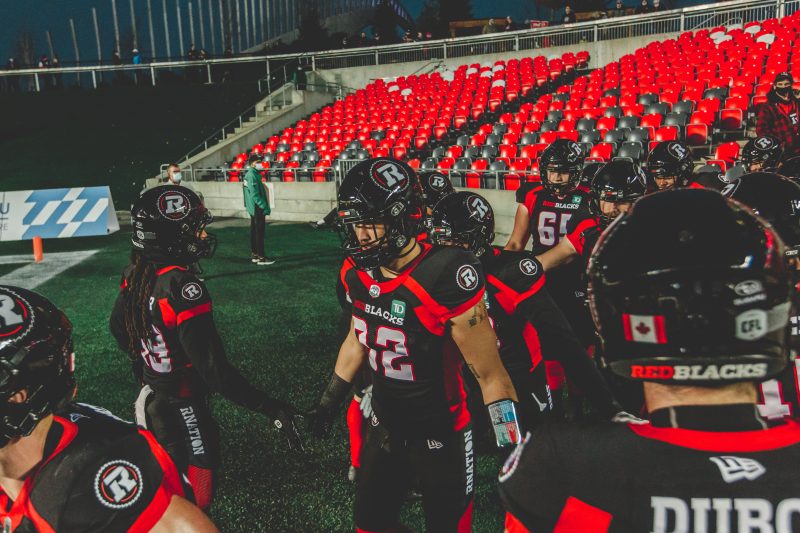 For some of the more recent REDBLACKS draft choices, the experience was also very different than a typical CFL Draft experience thanks to the COVID-19 pandemic.

“Getting drafted during the early days of COVID was a strange experience, between the virtual interviews and not having a combine,” said offensive lineman Jakub Szott, drafted by the REDBLACKS in the fourth round, 29th overall out McMaster in 2020. “There was a lot of uncertainty about where I was going to end up and I remember getting a call from (former REDBLACKS Defensive Backs) Coach Knox saying ‘listen to the music, kid’ and then seeing that I had been drafted by the REDBLACKS. I got a call from Coach LaPolice right after and was just immediately overwhelmed with joy.”

Veteran long snapper Louis-Philippe Bourassa recalls spending the night of the 2017 draft with his teammates, as well as his mom, brother, and best friend, and seeing Ottawa’s 613 area code pop up on his phone. On the line were former REDBLACKS GM Marcel Desjardins and former Head Coach Rick Campbell telling the then-Montreal Carabin that Ottawa would be selecting him in the fourth round with the 35th overall pick.

“As I hung up with them I see my name pop up on the screen and having everyone around me react and scream was special,” said Bourassa, who is entering his fifth CFL season in 2022. “Being able to live that moment with my family and my teammates from college was a moment I’ll remember forever.”

Fourth-year REDBLACKS fullback Marco Dubois, remains appreciative of the club giving him a chance when they selected him early – second round, 13th overall – in 2018.

“I was receiver with 12 receiving yards in my senior year,” said the Laval University alum. “They clearly had a plan for me.”

Dubois also recalls, with a chuckle, being asked by someone in Ottawa’s front office who would win a special teams drill between himself and former Rouge et Or and REDBLACKS teammate Jean-Philippe Bolduc, the now-retired special teams ace.

“I said ‘me’ before he finished the question,” Dubois quipped. 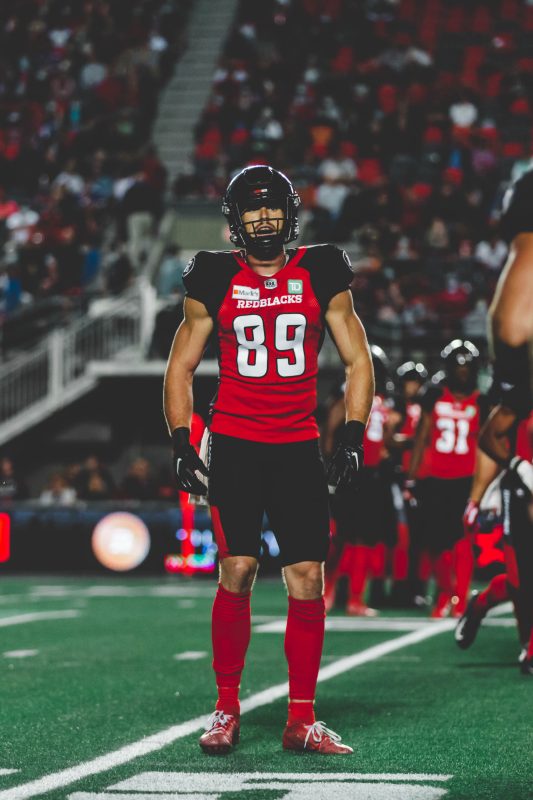 Defensive lineman Nigel Romick, who along with Antoine Pruneau are the only two REDBLACKS remaining from the inaugural 2014 roster, vividly remembers the pre-draft interview process before being selected in the third round, 23rd overall.

“My last interview of the day was with Ottawa, and the interview before I felt went terribly,” Romick said. “I walked into the Ottawa interview thinking ‘what the heck just happened in that last interview?’ and just ended up having a great conversation with everyone in the REDBLACKS’ room.”

“I also thought there was free room service, found out really quickly that wasn’t the case and got slapped with a hefty lunch tab.” 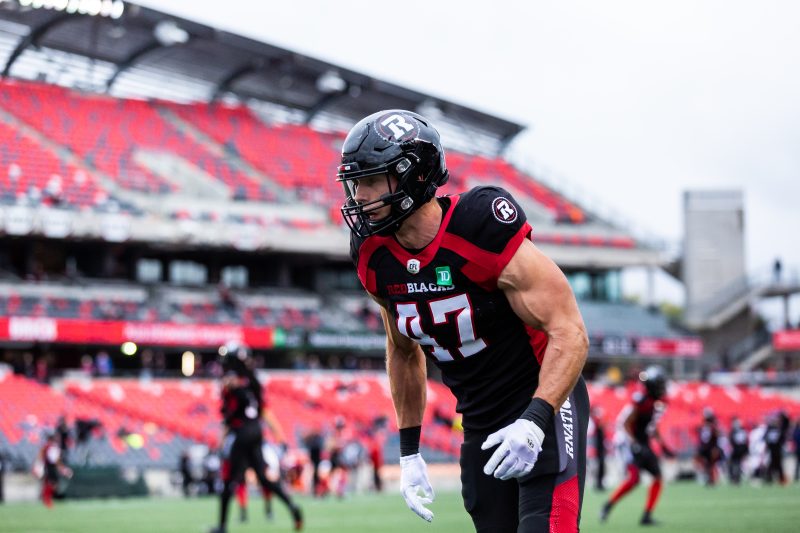 The REDBLACKS hold the second-overall pick in this year’s CFL Draft, which is set for Tuesday at 8 PM.