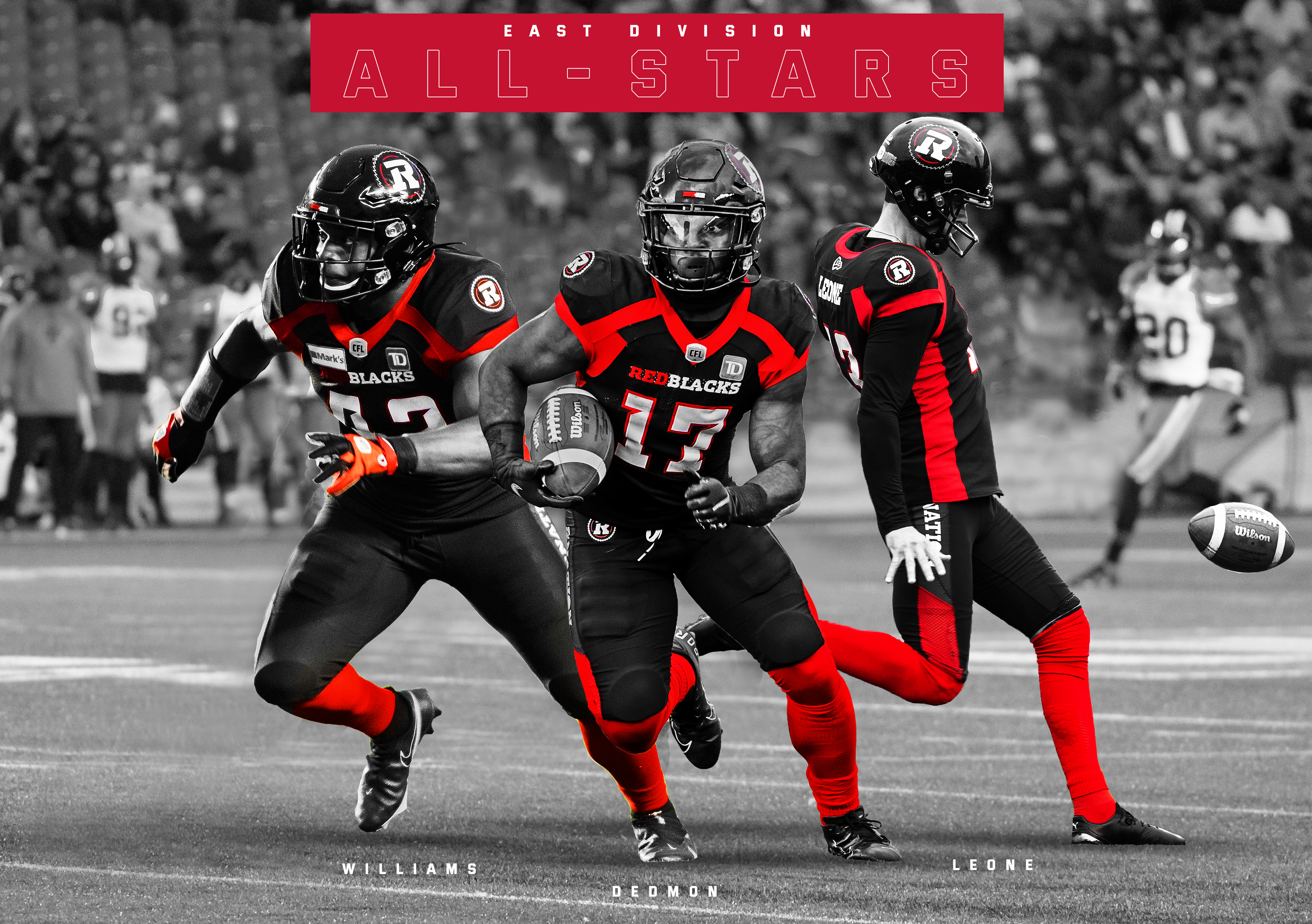 A native of Williamsburg, Virginia, Dedmon totaled 2,841 return yards over the course of 16 games, also running back two punts and a kick for touchdowns. He became the fastest player in CFL history to record five career return touchdowns, at 15 games, surpassing the legendary Henry “Gizmo” Williams, who hit the mark in 18 games. On offence, Dedmon racked up 161 receiving yards, as well 68 rushing yards and a touchdown on 10 carries. Dedmon, 26, signed a one-year contract extension with the REDBLACKS on November 2, 2021.

Suiting up in all but one game for the REDBLACKS in 2021, Williams racked up 89 tackles, good enough for third-most in the CFL. The 27 year-old also posted a sack, and a forced fumble that he recovered, along with the first interception of his CFL career. Hailing from Baltimore, Maryland, Williams re-signed with the REDBLACKS through 2022 on November 17, 2021.

Leone appeared in all 14 games for the REDBLACKS this year, once again proving to be one of the league’s most accurate and dependable punters. The Roswell, GA native, who also signed a contract extension earlier this month, led the league in total punt yards (4,912) and was third in average punt distance (46.3).

The 2021 CFL All-Stars will be announced in late December.