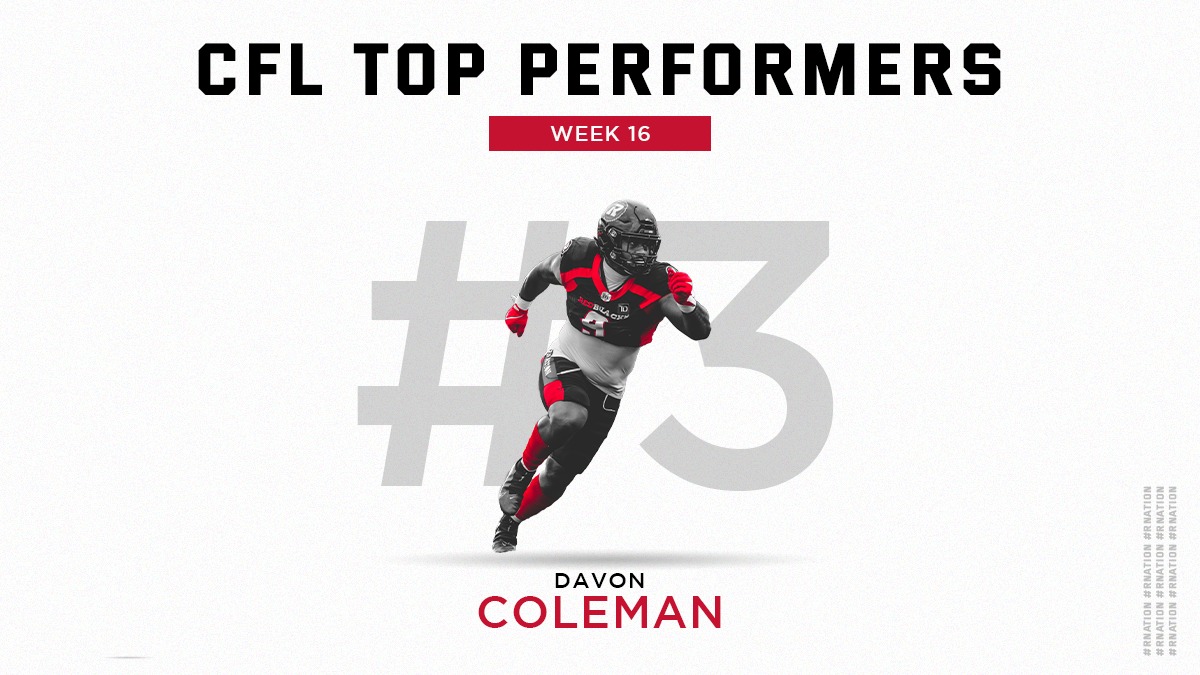 OTTAWA-GATINEAU – The Canadian Football League announced Tuesday that REDBLACKS defensive lineman Davon Coleman has been named one of the Week 16 Top Performers.

Coleman played a major role in helping the REDBLACKS win their final game of the season last weekend in Montreal. The six-year CFL veteran and former All-Star had a sack and a pair of fumble recoveries as Ottawa came from behind to defeat the Alouettes on the game’s final drive.