On and off the field, REDBLACKS original Nigel Romick doing things the right way

On and off the field, REDBLACKS original Nigel Romick doing things the right way

Sure, he and his 6-foot-5, 241-pound body will crush you if you happen to be wearing shoulder pads and an opposition jersey, but otherwise, the 30-year-old from Thunder Bay is unanimously seen as a dependable teammate and all-around solid person.

“Big Nige fan here. Super respectful to everyone in the building and low-key one of the funnier guys on the team,” said former REDBLACKS assistant equipment manager Wray Perkin.

“I’ve never met a bad guy from TBay. What a beauty Nige is, all 10 feet of him,” added Michael Fenton.

You get the idea. 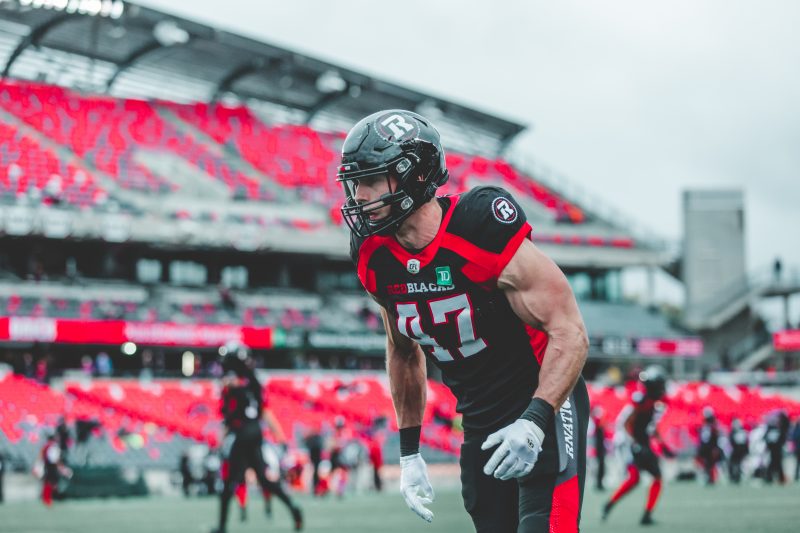 Romick’s friendly, quietly-goes-about-his-business approach is, of course, only part of the reason why he’s become such a popular and enduring presence on the REDBLACKS roster, one of just three remaining players from the team’s inaugural 2014 season.

Romick starred at Saint Mary’s University for the Huskies and was drafted coming off a year in which he had 27.5 tackles, six sacks and a forced fumble. The six sacks ranked third in the CIS, since renamed USports, landing Romick with the REDBLACKS via their third round – 23rd overall – draft selection in 2014.

Romick quickly adapted to CFL life, turning into Mr. Dependable on Coach Bob Dyce’s special teams unit. Though much of Nigel’s role with the REDBLACKS over his career has been as a special teamer, he doesn’t disappoint when he gets a shot on defence, the cherry on top of that fact coming last week when Romick recorded his first career CFL sack against the Montreal Alouettes.

“I usually just follow him on the play, and my parents were here, so we were really excited,” said Melissa Lamb, Romick’s partner and mom to their son, Luca, with a second baby on the way. 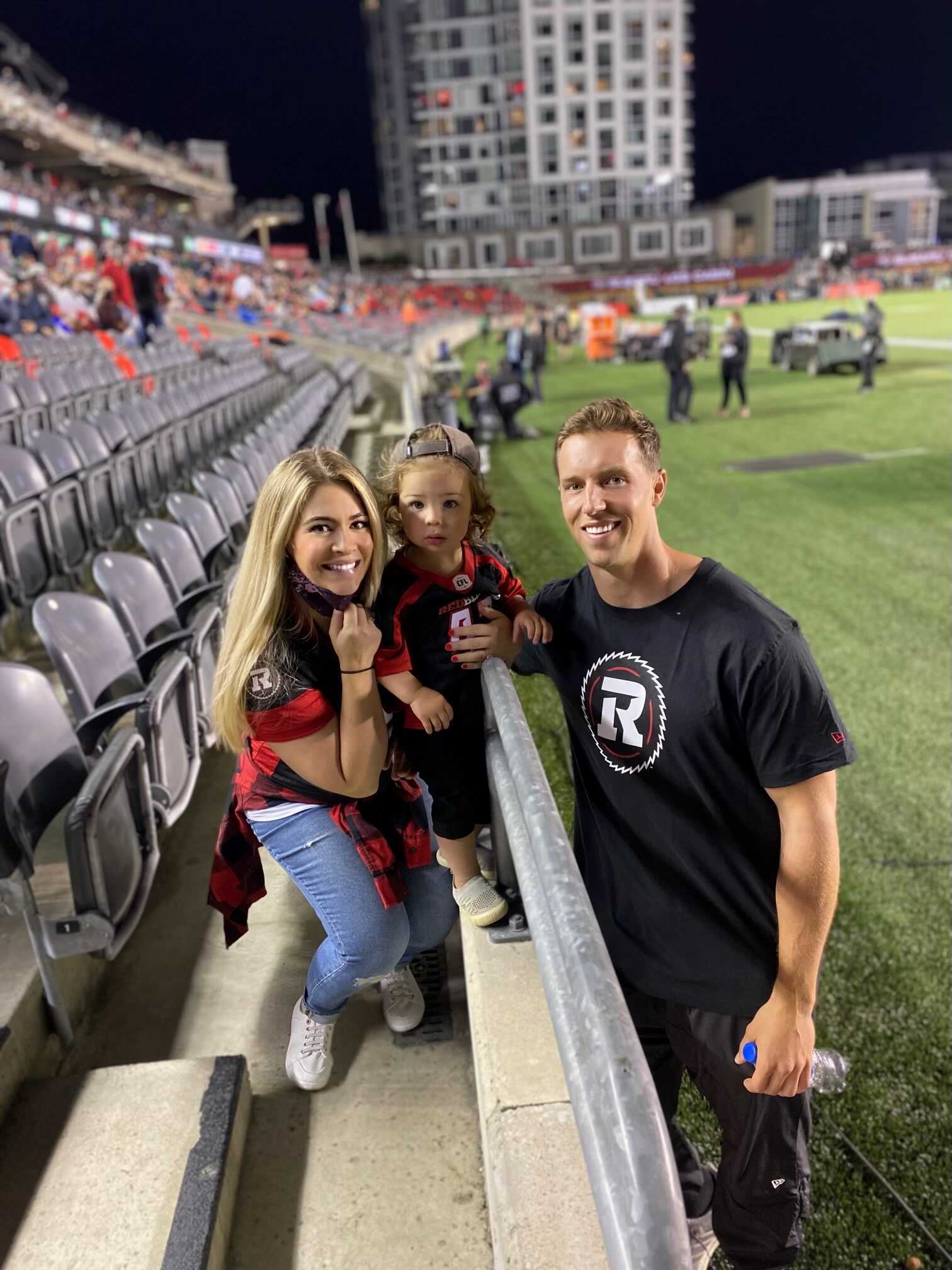 Though he has just the single sack so far in his seven CFL seasons, Romick has never shied away from his work on teams. Coaches, including Dyce, will say that a good special teams player is the one who buys in, who understands the importance of that particular phase of the game. That’s what has earned Romick his spot, along with his 84 special teams tackles.

“He’s unbelievably dedicated to his craft, all aspects of it,” said Lamb. “He was working landscaping during the off-season and he would come home and work out. Football is really a full year for him.”

Dedication to his craft is something highlighted by Coach Dyce, too.

Dyce, for his part, regularly uses Romick as an example when talking to his special teamers – especially those new to the league – during training camp.

“The thing with Nigel, for his size he’s an extremely good athlete, he’s strong and fast and agile, an extremely determined individual who takes his role very seriously.”

Like others, Dyce agrees there is another dimension to Romick beyond than the football player.

“He’s serious, but he’s got a very fun-loving side,” said the veteran coach behind Ottawa’s special teams unit since 2016 . “When it comes time to work, he’s someone who just puts his nose to the grindstone, a ‘let’s get to it’ type of guy; you never have to tell him how to do something twice.

“I don’t think you could go through the locker room and find a single guy who doesn’t like Nigel. He fits in with every group, just an honest, down-to-earth great guy.”

There is also Nigel the dad, a role he took on when he and Lamb welcomed baby Luca in December 2019. With a second

“Nigel is the best dad and Luca is a very lucky boy,” she says. “He’s unbelievably caring and patient and Luca’s face just lights ups when he sees him.”

Romick himself, though he’ll happily do media interviews, would prefer to fly under the radar over talking about himself.

“It took a while,” he said, laughing as he described his first sack in his 86th career game. “Nobody really knew that it was my first one at first.”

But you knew, right?

Longevity in pro football is hard enough to achieve, never mind doing it with the same team. Chalk that up, once again, to dependability and consistency.

“Nigel has been a core player for the REDBLACKS since the beginning,” said GM Marcel Desjardins, himself an original REDBLACK and the man who drafted Romick back in 2014. “His level of play has been consistent throughout his career and he exudes what being a professional is all about; work ethic and leadership along with an understanding of what being a contributor to the community is all about.” 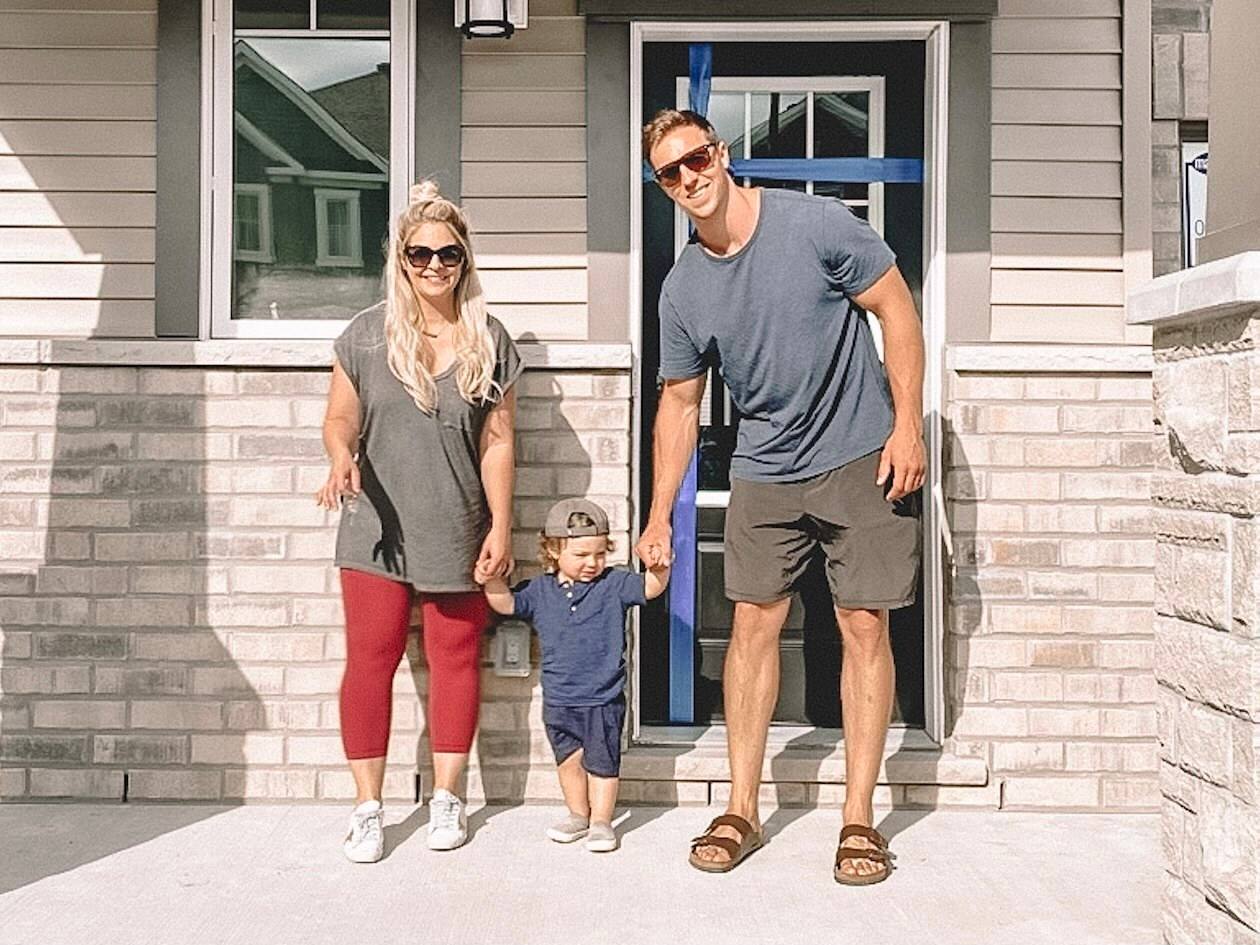